An unprecedented wildfire is burning on the island of Gran Canaria, Spain’s Canary Islands since August 17, 2019.

The fire started near the town of Tejeda and spread to Tamadaba Natural Park, driven by a combination of high temperatures, strong winds and low humidity.

Over 700 firefighters and 16 aircraft were mobilized to fight the fire, with some flames reaching over 50 m (164 feet) in height.

A notable drop in temperature and improved wind conditions helped contain the blaze at various points but the fire remained unapproachable in several areas on August 19 when the following false-color image was captured. 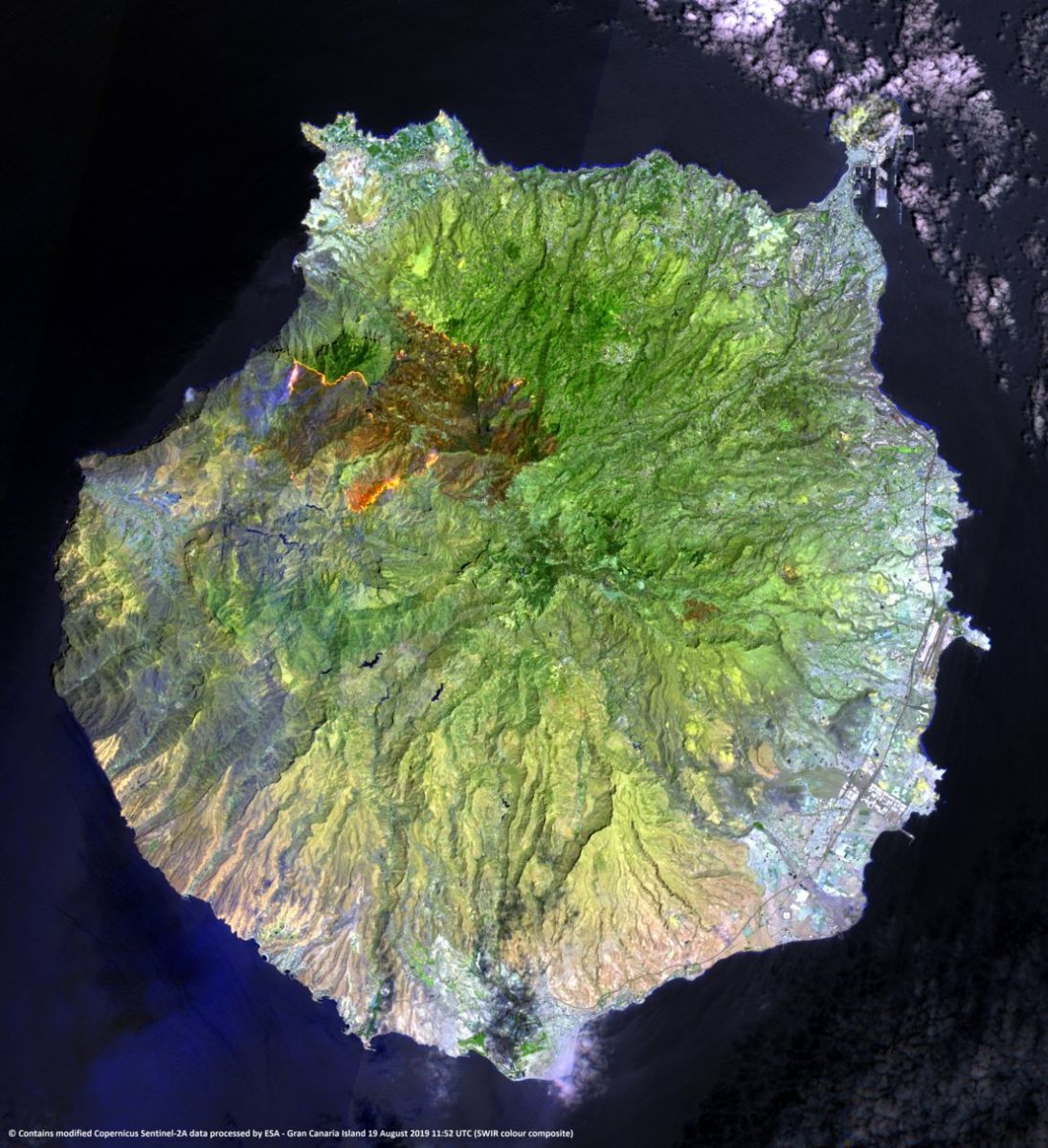 The image was created using the shortwave infrared bands from the Copernicus Sentinel-2’s instrument, allowing to clearly see the fires on the ground in bright orange. Burn scars are visible in dark brown. These bands also allow us to see through smoke – but not clouds.

This is the worst wildfire to hit Spain in 6 years.