In just one hour, some areas just west of capital saw over 76.2 mm (3 inches) of rain, especially along the Potomac River. Areas of concern include the Great Falls, Virginia, area and southeastern Montgomery County, Maryland.

Reagan National Airport, an official observing site, saw 70.8 mm (2.79 inches) of rain in just one hour, beating a 1945 record of 52 mm (2.05 inches), The Washington Post reported. More rain fell in that hour in the capital than in the past 38 days combined.

More than a dozen water rescues were performed after raging floodwaters turned numerous roads into rivers.

Our top weather story this AM comes out of Washington DC where a Flash Flood Emergency was issued earlier. Reagan National Airport reported 3.3" of rain IN AN HOUR! Always turn around, don't drown when you encounter flooded roadways! pic.twitter.com/tYw5JtfZPo

Much of D.C., Arlington, Montgomery, Frederick, and Carroll counties received 51 – 102 mm (2 to 4 inches) of rain, with many areas picking up those amounts in only 1 or 2 hours, AccuWeather reports. Radar estimates close to Frederick, Maryland, indicate rainfall totals over 102 mm (4 inches).

The heavy rain also flooded the runway at Frederick Municipal Airport, covering the wheels of some aircraft. At the White House, the rain started to flood the basement. Meanwhile, the second flood entrance of the Pentagon "leaks" on Monday morning, CNN Pentagon Correspondent Barbara Starr reports. 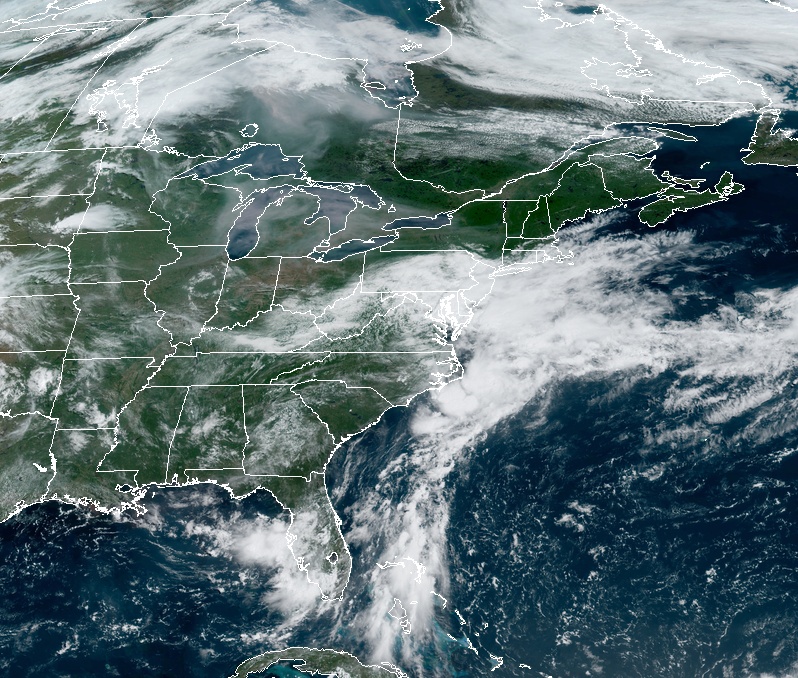 Amtrak Spokesman Jason Abrams told CNN that, around 10:20 LT Monday morning, 6 trains, including the Carolinian and Northeast Regional, were stopped "due to flooding/washout conditions" on tracks south of Alexandria, Virginia.

Arlington, Virginia, recorded 83.8 mm (3.3 inches) of rain over the course of an hour at Reagan National Airport early Monday, according to AccuWeather Senior Meteorologist Alex Sosnowski. Its normal monthly total is 93.9 mm (3.7 inches).

Areas of heavy rain continue across portions of northern VA and northern/central MD. This is expected to continue over the next couple of hours. Flash Flood Watch continues until 10:00 AM. If you encounter a flooded road, turn around, don't drown. pic.twitter.com/ebPc84iEMN

Showers & thunderstorms will continue progressing southeastward through the region over the next couple of hours. The most widespread coverage & highest risk of any severe thunderstorms or isolated flooding will be from the Washington/Baltimore Metro areas into southern Maryland. pic.twitter.com/tNb11wwbte

We got a bit of an issue here… pic.twitter.com/58g9RJfm0c

This home in Potomac, MD is in danger of collapse. The backyard collapsed into the basement. pic.twitter.com/7jjTqTBODQ