The end of this week will bring more heavy to excessive rainfall for parts of Texas where very heavy rainfall fell this week, especially for areas between Corpus Christi and Houston where WPC has highlighted a moderate risk for flash flooding both Thursday and Friday.

Additional rainfall will exacerbate ongoing flooding around that region.

Shown here is WPC's day 2 and day 3 excessive rainfall outlooks along with the 3-day total rainfall forecast valid through 20:00 LT, Saturday, May 11.

Some areas could pick up an additional 127 mm (5+ inches) of rain! Heavy rainfall leading to flash flooding is also possible farther north into the Mississippi Valley as well. 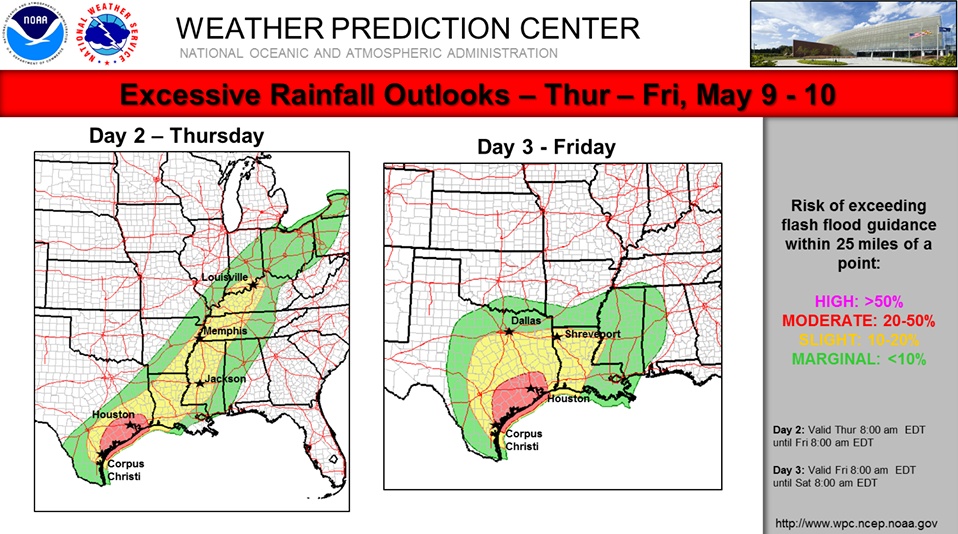 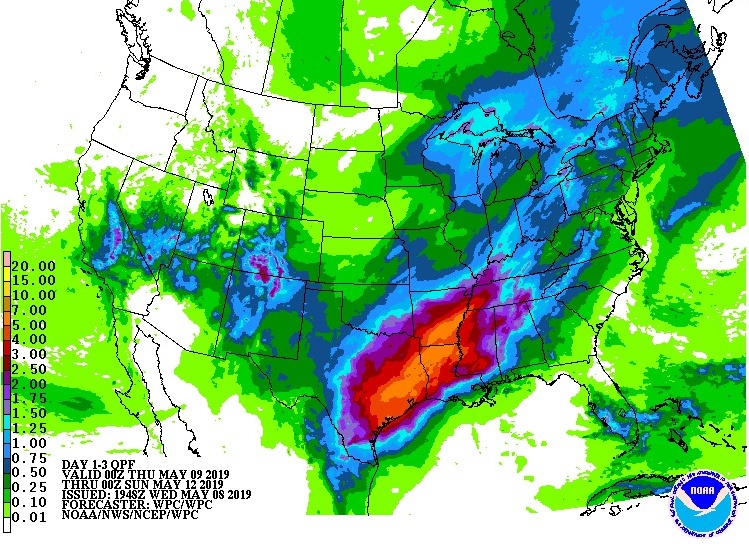 A cold front will continue tracking southeastward across the central and eastern U.S. through the end of the workweek, with rain and thunderstorms along and ahead of it, NWS forecaster Tate noted May 9.

On Thursday, May 8, thunderstorms are forecast to spread across the Great Lakes region, Ohio and Tennessee Valleys, and into the Lower Mississippi Valley and Southern Plains.

Heavy rain is possible for these areas, which could cause flash flooding, but the highest risk for excessive rainfall will be in portions of southeastern Texas and Louisiana, where there is a Moderate Risk in place today, Tate said.

On Friday, the cold front should progress eastward toward the Northeast and Mid-Atlantic, bringing showers and thunderstorms to those regions. However, the front is expected to stall across the Southeast into the Lower Mississippi Valley and along the Western Gulf Coast, so another wet day is forecast for those areas on Friday. Another Moderate Risk of excessive rainfall/flash flooding is in place for southeastern Texas on Friday.

Always remember, if encountering flooded roads, do not attempt to cross, it only takes about 12 inches of flowing water to carry away a car! Turn around, don't drown! 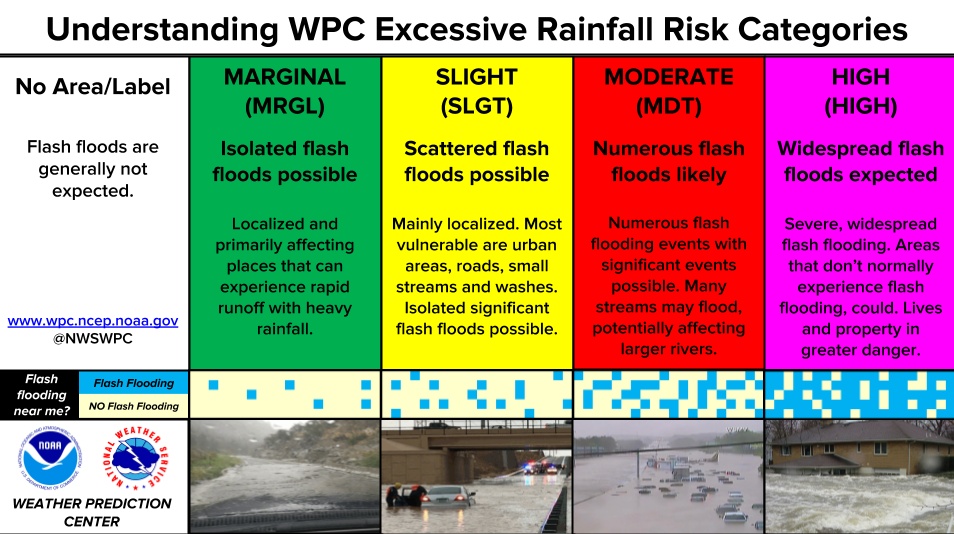