Tropical Cyclone "Desmond" formed over the southern Mozambique Channel at 12:00 UTC on January 20, 2019. The storm is expected to continue its NNW track toward Zambezia Province and make landfall over the next couple of hours as a tropical storm.

Cyclone alerts have been issued to residents in Mozambique, from Beira to Nacala. Authorities are urging them to prepare for conditions including a storm surge of 2 – 4 meters (6 – 12 feet), dangerous seas, coastal flooding, and an inland flood threat.

"Desmond is making landfall as a weak but precipitous tropical storm, with flooding rains likely along the coast extending inland from the landfall area. The storm is likely to dissipate soon after landfall, although the rainfall could outlive Desmond by some time in the region," Force Thirteen reports in their video analysis of the event: 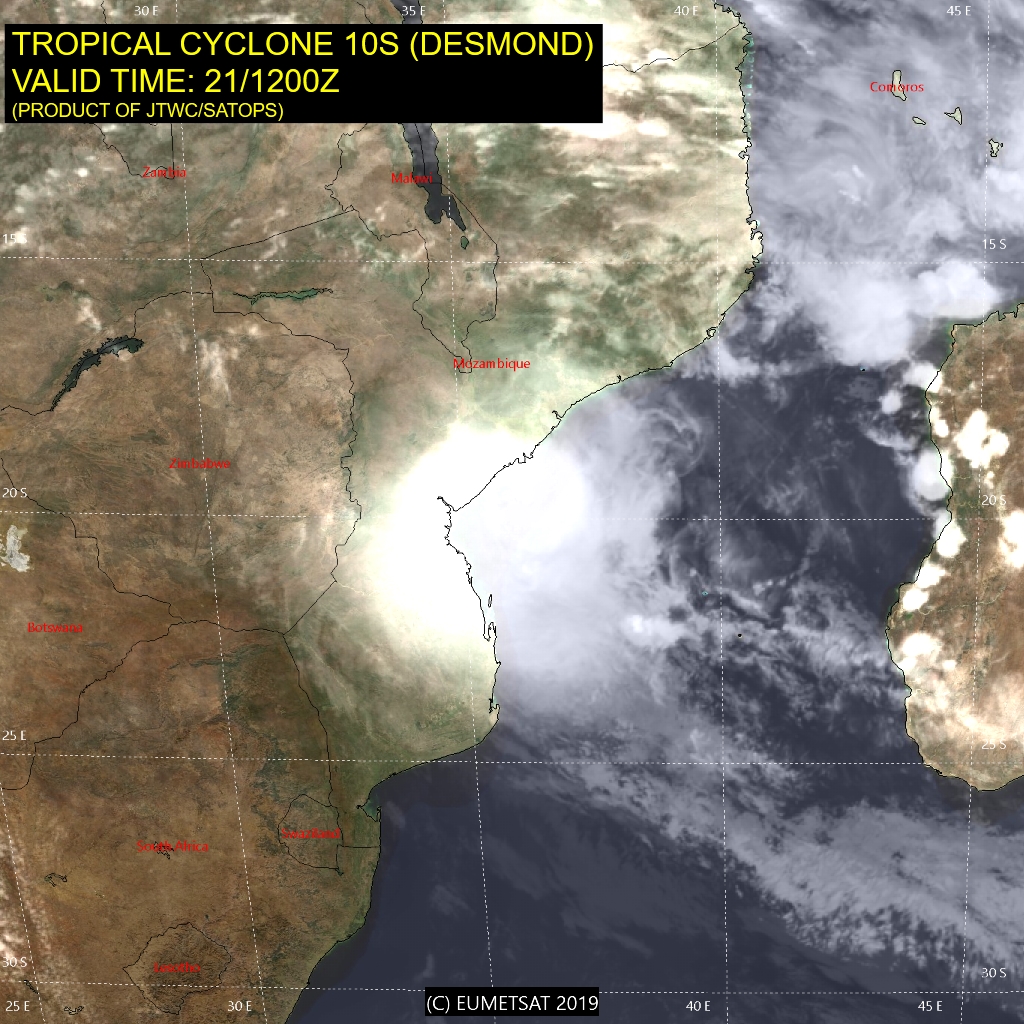 This is the fifth named storm of the 2018–19 South-West Indian Ocean cyclone season.