Several rounds of severe weather swept over Lebanon over the past 7 days, claiming lives of at least 4 people. At least 35 000 Syrian refugees are exposed to floods, snow and freezing temperatures and are sending out calls for help.

Heavy rain, strong winds and snow brought by Storm Mirian, also known as Storm Tracy, claimed lives of at least 4 people and injured more than 10 others since Tuesday, January 15, 2019.

"Last night’s storm brought even more misery to many thousands of Syrian refugees living in makeshift camps across Lebanon. Many tents, already severely damaged by Storm Norma on January 6, were full of holes and completely unable to cope with further extreme weather," Paul Donohoe of the International Rescue Committee who visited the Bekaa Valley on January 17 told The National.

"Heavy rain in Bar Elias in central Bekaa saw the river overflow once again, resulting in many tents being totally flooded during the night. Children walking around in ankle-high water had no way to protect themselves from the wet and cold. One family unable to afford firewood was burning discarded shoes to heat the stove," he said.

"For many Syrian refugees, this has been the harshest winter they have faced since they found safety in Lebanon." 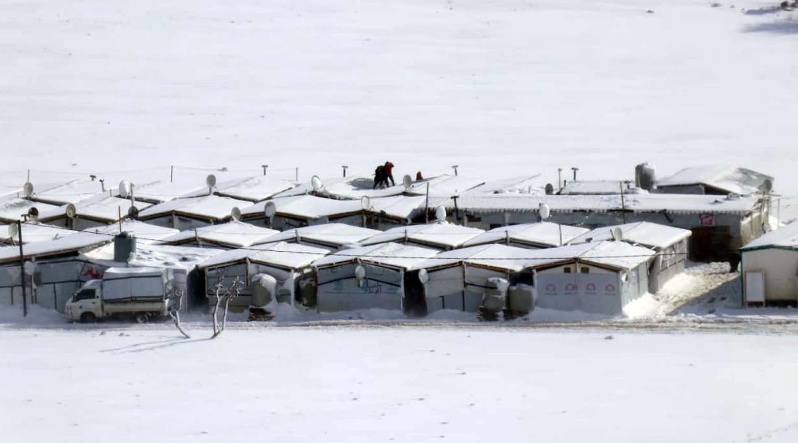 Calls for help are rising from the Arsal region in northeastern Lebanon, where camps with Syrian refugees are completely covered by snow and deaths by exposure can occur, the Humanitarian Relief Foundation (IHH) reported last week, launching immediate aid efforts.