Tropical Storm "Leepi" made landfall on the Japanese island of Kyushu on August 14, bringing heavy rain and strong winds.

Although the small size of Leepi limited the radius of its impacts, rainfall of up to 50 mm (1.96 inches) has been reported in some areas, forcing authorities to advise people to be alert for flooding, landslides and strong winds, and prepare to evacuate as a precautionary measure.

The storm has also affected the Korean Peninsula.

The 17-day stretch is the city's longest since a streak of 19 days in 1984, and the third-longest since such record-keeping began more than 100 years ago.

Electricity is finally restored to entire Puerto Rico as of August 14, nearly 12 months after Hurricane "Maria" killed more than 1 000 people and left the entire island in darkness.

"The towers that run the lines were crumpled like folding cards. It was after a couple days that we truly understood the magnitude of this disaster… I think it's fair to say the worst case scenario happened," Marty Bahamonde, the director of FEMA's Disaster Operations Division, said.

Videographers Rory Brown and Matt Yower revealed the devastation left on the island of Lombok, Indonesia after M7.0 earthquake on August 5. More than 430 people were killed.

Several days of unseasonal rain damaged large parts of the rice fields in Astara county in Iran's northern Province of Gilan, according to Mehr News Agency 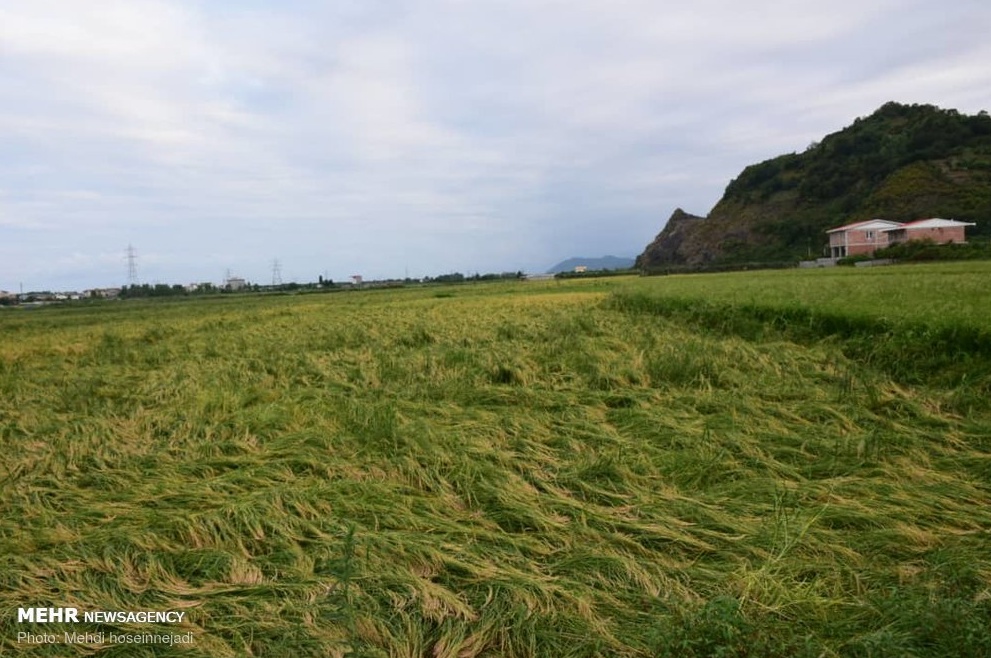 Oklahoma City Fire Department said they responded to more than 30 calls for assistance.

According to Press Trust of India, at least 4 people have died and three others were injured in the state since August 13.

A new subtropical storm formed in the Atlantic ocean on August 15 and was named Ernesto. This is the 5th named storm of the 2018 Atlantic hurricane season.

A turn toward the north-northeast is forecast over the next 12 to 24 hours, and a faster northeastward motion is expected by late August 16 and should continue through early August 18.

The system is expected to become a post-tropical cyclone late August 16 or early August 17 and merge with a frontal zone near Ireland and the United Kingdom on August 18. 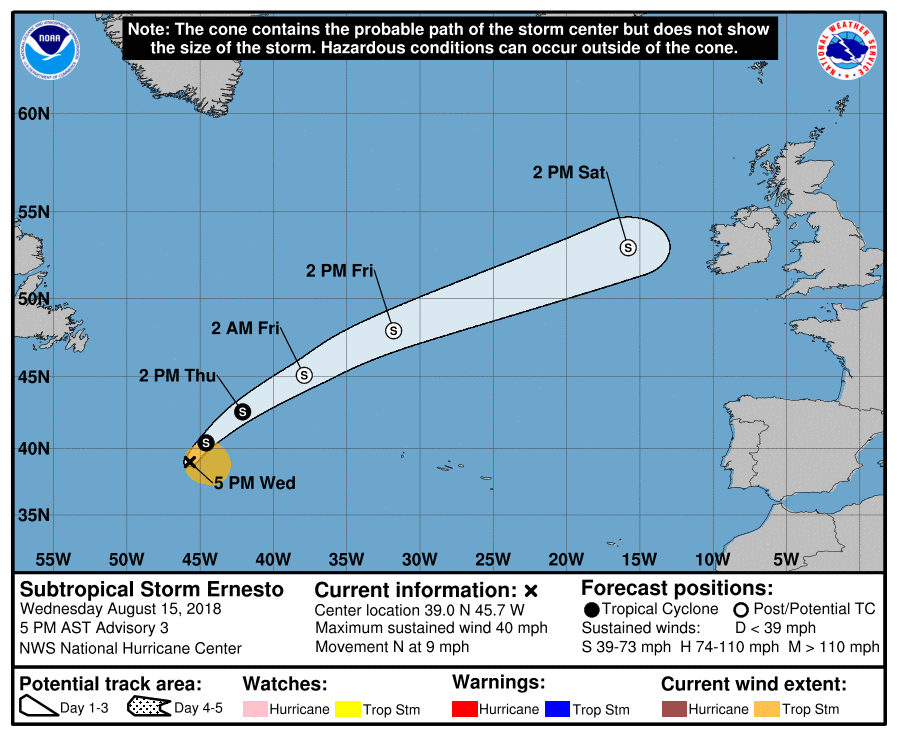 Tropical Storm "Lane" forms in the East Pacific, forecast to become a hurricane on August 16

Tropical Storm "Lane" formed in East Pacific on August 15 as the 12th named storm of the 2018 Pacific hurricane season.

Further strengthening is expected and Lane is forecast to become a hurricane on August 16 and major hurricane by August 18. 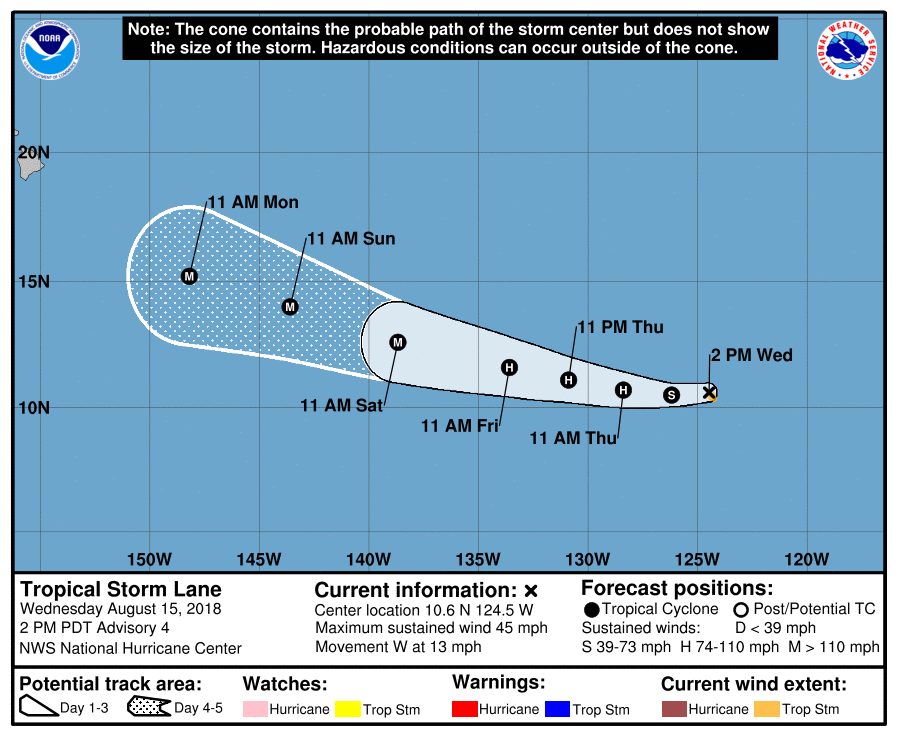 The amount of water used per well for hydraulic fracturing surged by up to 770 % between 2011 and 2016 in all major U.S. shale gas and oil production regions, a new Duke University study finds.

The volume of brine-laden wastewater that fracked oil and gas wells generated during their first year of production also increased by up to 1 440 % during the same period, the study shows.

If this rapid intensification continues, fracking's water footprint could grow by up to 50-fold in some regions by the year 2030, raising concerns about its sustainability, particularly in arid or semi-arid regions in western states, or other areas where groundwater supplies are stressed or limited. 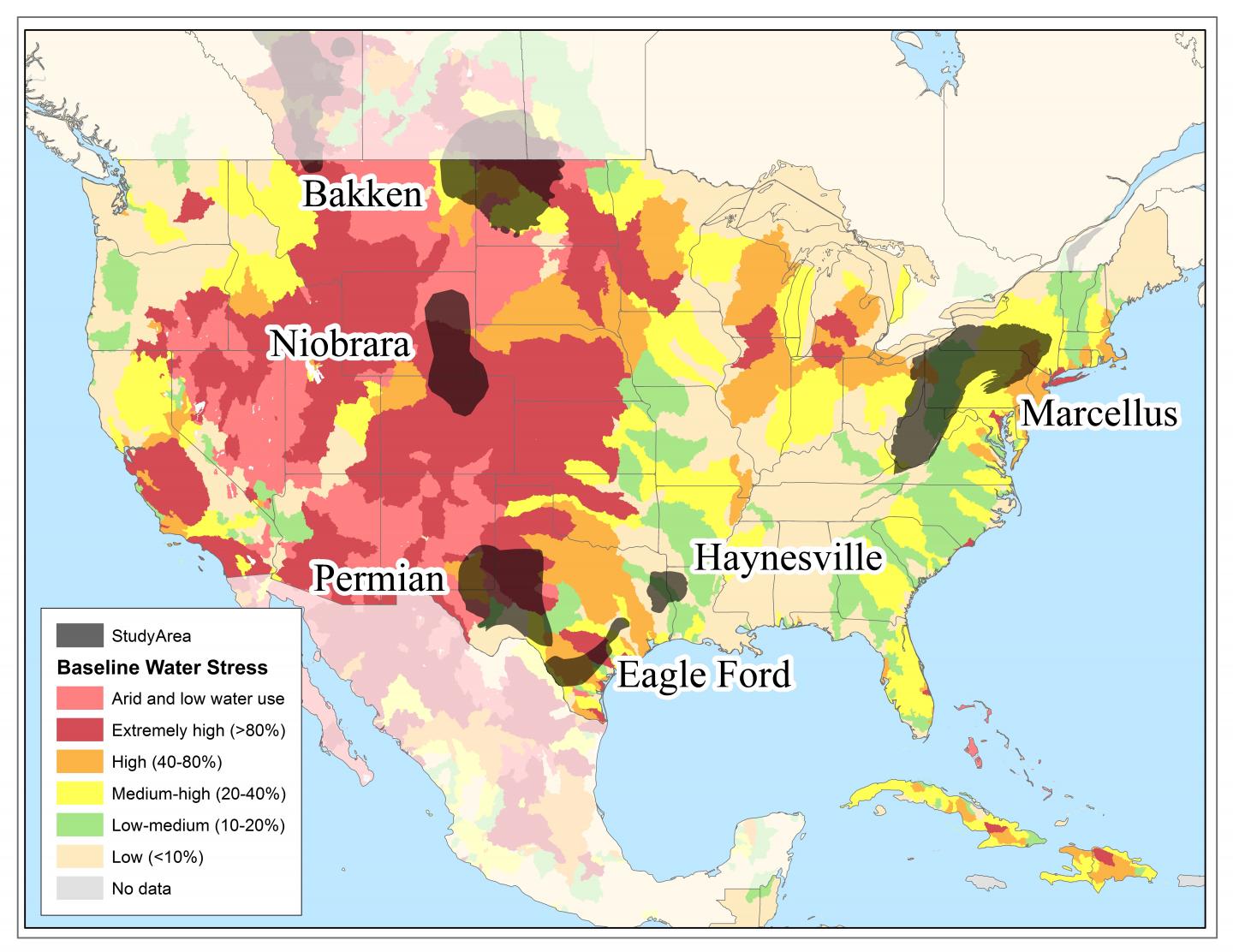 The volume of water used for fracking energy resources (gray areas) has risen sharply in recent years, raising concerns about its sustainability in regions where water resources are stressed. Credit: Duke University 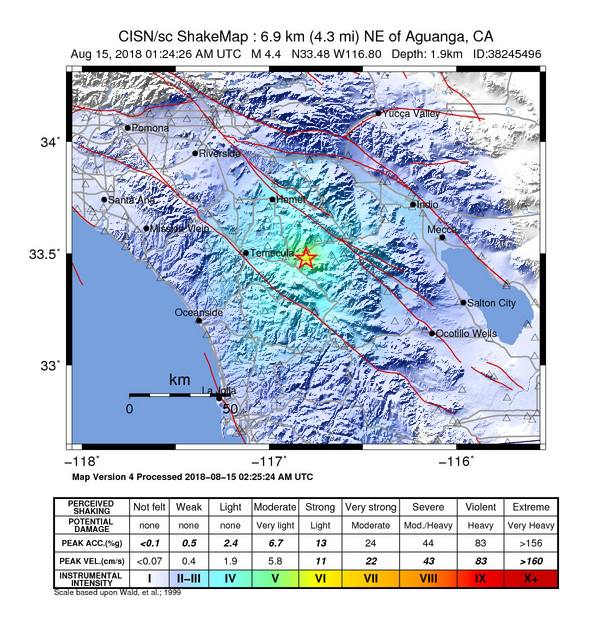 The number of people killed over the past 7 days has risen to 67, including 25 who died on August 15.

The disaster management authority said that the number is likely to increase.

A total fire ban has been declared across the Australian state of New South Wales, the earliest declared in the state for nearly a decade, as crews battle 90 bushfires.

The Japan Meteorological Agency raised the alert level for the Kuchinoerabu volcano in Kagoshima Prefecture from 2 to second highest level of 4 at 01:30 UTC (10:30 JST) on Wednesday, August 15, 2018. This volcano is located on the Kuchinoerabu Island in southwestern Japan, some 1 000 km (620 miles) SW of Tokyo. Its last eruption took place in 2015.

JMA warned that eruption could be powerful enough to cause serious damage to the island's residential area.

Tropical Storm "Bebinca" continues dropping heavy rain on the Chinese island of Hainan and neighboring region. Its first landfall took place over the Leizhou Peninsula in the South China Sea, Guangdong Province on August 15 and the second is expected in northern Vietnam on August 17.

China's national observatory issued a yellow alert (2 of 4) and suggested local governments to prepare for possible disasters. Ships in affected areas were suggested to return to port and residents along the typhoon's path to stay indoors.

After passing over the Leizhou Peninsula over the next 12 hours, Bebinca will enter lower vertical wind shear opening a favorable period for intensification (24 – 36 hours) before making landfall in northern Vietnam around 12:00 UTC on August 17.

Tropical Storm "Rumbia" formed August 15, 2018, in the East China Sea as the 18th named storm of the 2018 Pacific typhoon season. The system is expected to continue intensifying, reaching maximum sustained winds of 85 km/h (53 mph) before making landfall near Shanghai, China around 12:00 UTC on August 16.

The current forecast track takes Rumbia very close to Shanghai on August 16. The cyclone is expected to peak at 85 km/h (53 mph) just before landfall.

B.C. declares state of emergency as nearly 600 wildfires burn across the province, Canada

British Columbia has declared a province-wide state of emergency on August 15, 2018, due to raging wildfires.

As of early August 15, there were 566 wildfires burning in the province. There are 29 active evacuation orders impacting around 2 050 people and 48 evacuation centers affecting 18 720 people.

Several violent and damaging tornadoes were reported across China on August 13 and 14, 2018. Numerous homes were damaged and many residents injured, local media report.

The tornado was on the ground for about 10 minutes.