A tropical cyclone designated 03S, named Ava at 09:00 UTC, January 3, has formed east of Madagascar and is currently affecting Reunion, Mauritius and especially northern Madagascar where heavy rain is already causing problems. This system is expected to continue organizing and gaining strength until it makes landfall early Friday, January 5, 2018 (UTC) along the northeastern coast of Madagascar. Be ready for strong winds, dangerous storm surge, heavy rain, flooding and landslides.

Ava is the first named cyclone of the 2017-18 South-West Indian Ocean cyclone season. It comes unusually late in a season which runs November 15 through April 30/May 15.

Showers produced by TC03S, now Ava, started across northern Madagascar late Tuesday, January 2 and intensified overnight Wednesday, reaching close to and over 200 mm (7.8 inches) in some places by Wednesday morning. Reunion and Mauritius saw first drops of rain around 09:00 UTC Tuesday and accumulated close to 100 mm (3.9 inches) in places over the next 24 hours.

This is a slow-moving cyclone with a potential to drop huge amounts of rain on Madagascar over the next couple of days, before and after landfall which is expected sometime around 09:00 UTC on January 5 in the vicinity of Toamasina (Madagascar is UTC+3).

These pre-landfall rains could set the stage for some serious flooding after already heavily soaked ground receives more intense downpours.

Reunion and Mauritius are not in a direct track of this storm but will experience its effects over the next couple of days. 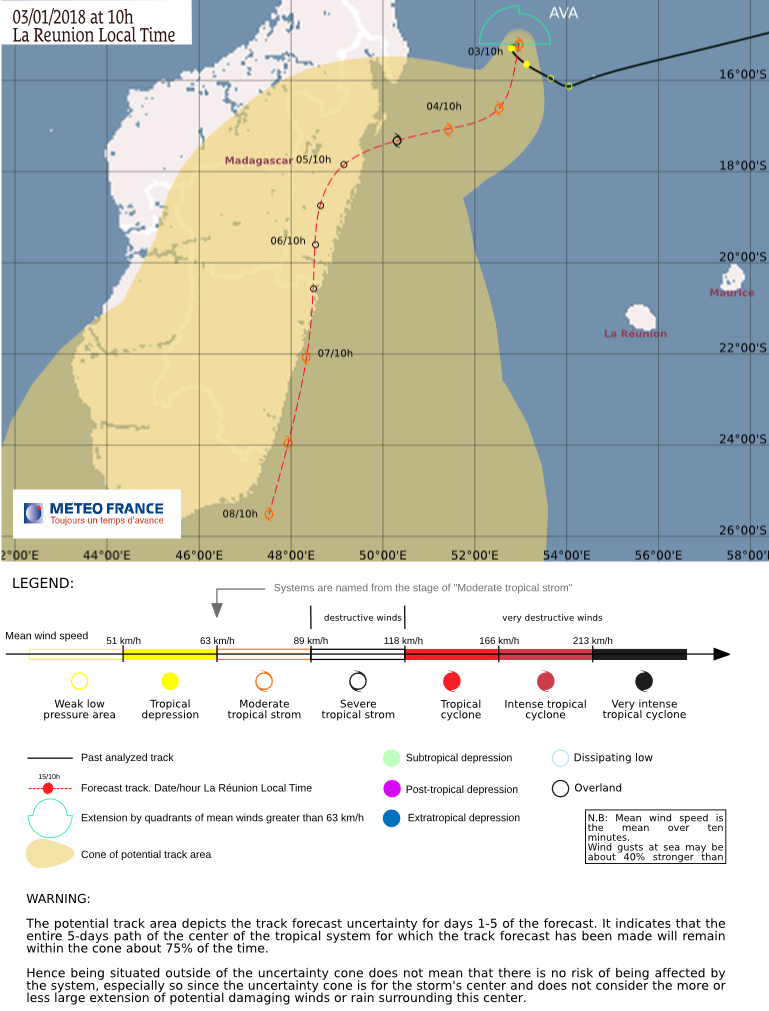 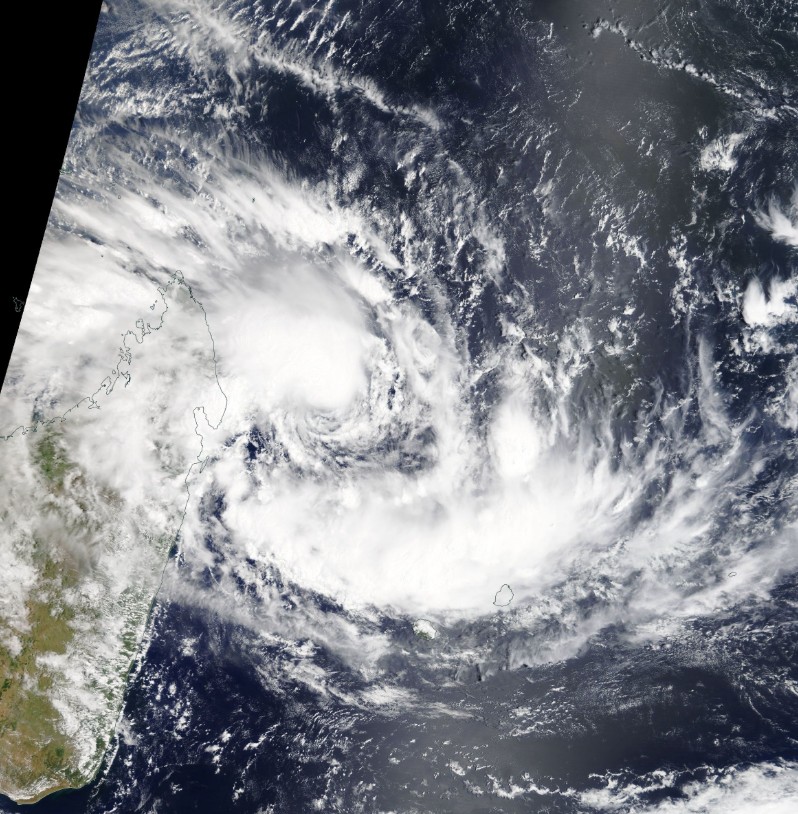 If you are in the path of this storm, be ready for strong winds, dangerous storm surge, heavy rain, flooding and landslides through the rest of the week.

Ava is the first named cyclone of the unusually slow 2017-18 South-West Indian Ocean cyclone season. The season officially began on November 15, 2017, and will end officially on April 30, 2018, with the exception for Mauritius and Seychelles, for which it will end on May 15, 2018.