A very bright fireball streaked through the night sky over Arizona at around 03:29 UTC on November 15, 2017 (20:29 MST, November 14). The event lasted up to 7 seconds and does not appear as a good candidate for the Taurid Meteor Shower. This is the 4th major fireball event within 10 hours.

The event was seen from Arizona, California, Nevada, Utah and New Mexico. 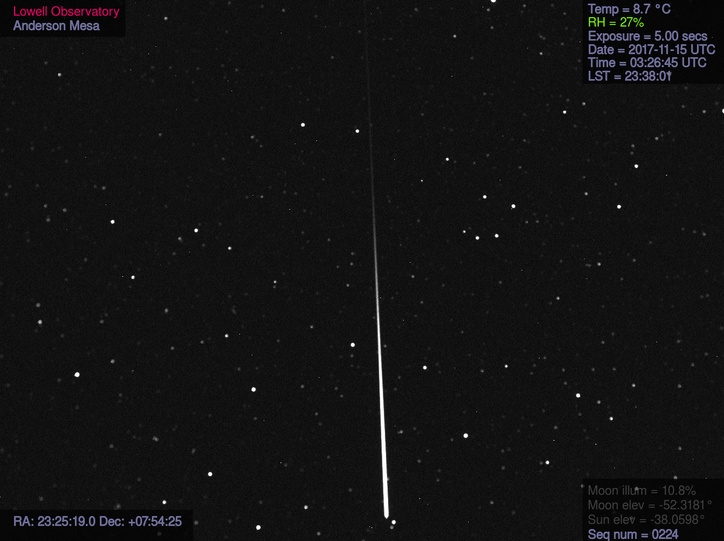 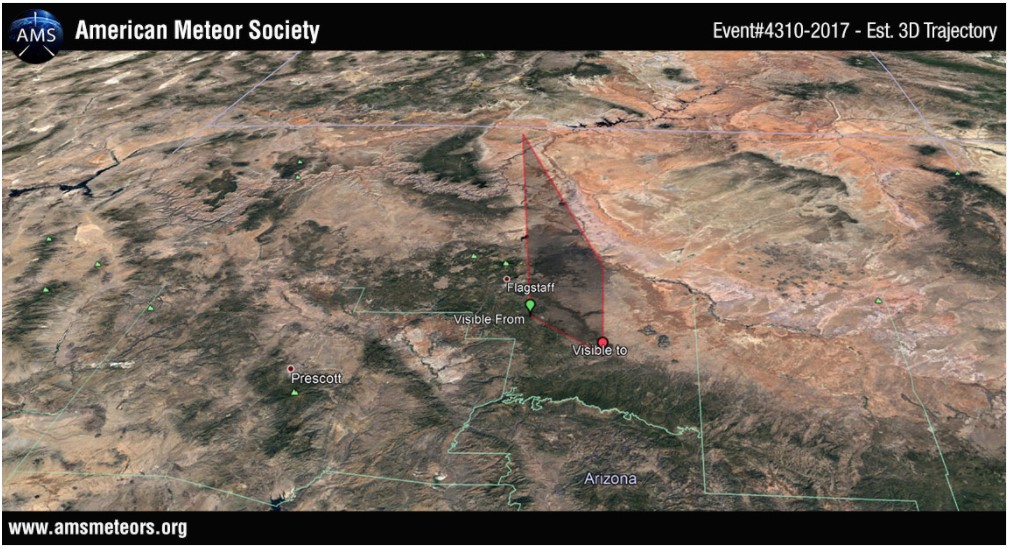 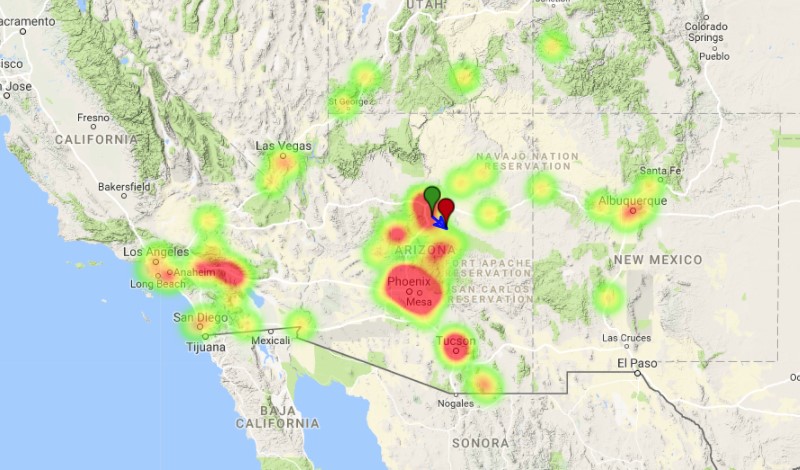 This is the 4th major fireball event within 10 hours. The first event took place at 16:48 UTC on November 14 over western Germany and, with over 1150 reports, it soon became the most reported fireball event from Europe since the AMS and the IMO launched the international version of the AMS fireball form.

The second event took place over France at 21:32 UTC (22:32 CET) on November 14 and was reported so far by 42 witnesses. The event has been caught by 10 cameras of the French Network (Toulouse, Angers, Talence, Sabres, Carcassonne, Aurillac, Hendaye, Saint Bonnet Vert, Coulounieix-Chamiers and Mauroux). 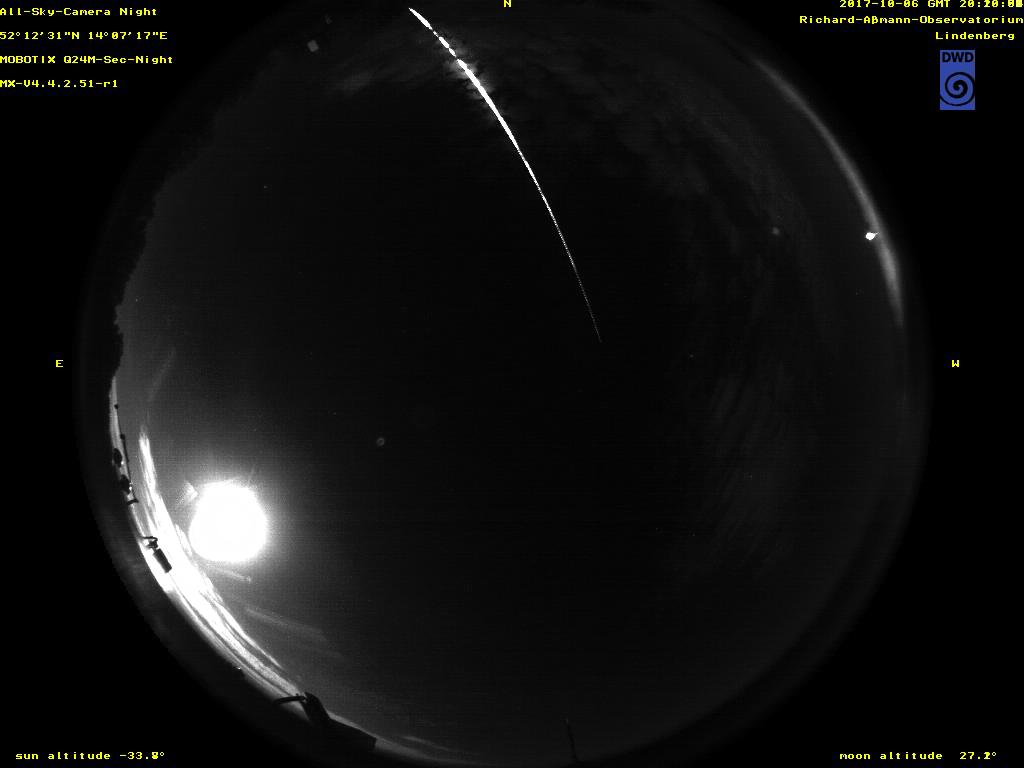 The third event took place over Ohio, United States at 01:49 UTC on November 15. So far, the AMS received 38 reports. One of the witnesses said a concurrent sound was associated with the event while 13 saw it fragment.

"However, the events over Germany and Ohio fit the Taurids direction (East->West) and the low inclination angle at the time of the sightings! Note that the East-West direction is related to the Taurids only because the fireball occurred in the local evening. Later in the night or towards the morning the direction is different, of course."