A bright fireball was seen streaking through the sky over Ohio, United States at 01:49 UTC on November 15, 2017 (20:49 EST, November 14). This is the third of four major fireball events within 10 hours, according to the International Meteor Organization (IMO).

The American Meteor Society (AMS) and IMO received 43 witness reports by 21:40 UTC. Just one of the reports mentions concurrent sound while 14 people reported fragmentation of the fireball that lasted up to 8 seconds.

The first estimation of the 3D trajectory shows that the visible path of the fireball ended somewhere over Greenfield, OH. The object was traveling east to west and might be a part of the Taurid Meteor Shower. 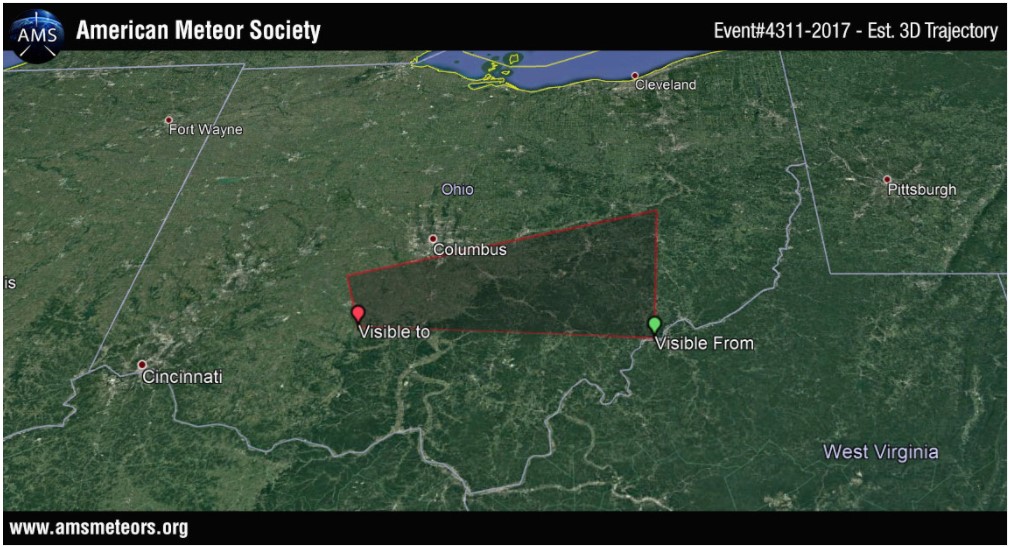 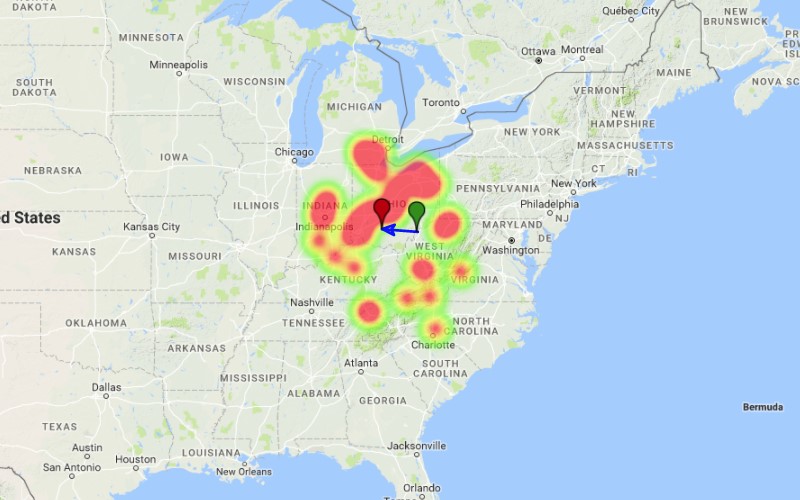 This was the third of four major fireball events within 10 hours on November 14 and 15, 2017. The first event took place at 16:48 UTC on November 14 over western Germany and, with over 1 500 reports, it soon became the most reported fireball event from Europe since the AMS and the IMO launched the international version of the AMS fireball form.

It's also important to note that a sonic boom was reported by numerous people across North Alabama shortly after 13:40 CST (19:40 UTC) on November 14, 2017. At this time, there is still no official explanation but this was most likely another meteor.