Over the next 30 minutes, CSN registered 5 aftershocks with magnitudes from 3.1 to 4.6. More aftershocks are expected.

The last M6+ earthquake to hit Chile was M6.9 on April 24, 2017. It followed a significant earthquake swarm near the coat of Valparaiso registered on April 22 and 23.

Local media reported (as of October 11 at 06:00 UTC), that four people were injured in the cities of San Francisco and Ciudad Nueva, Peru and several roads were closed due to a landslide in Arica city, Chile. 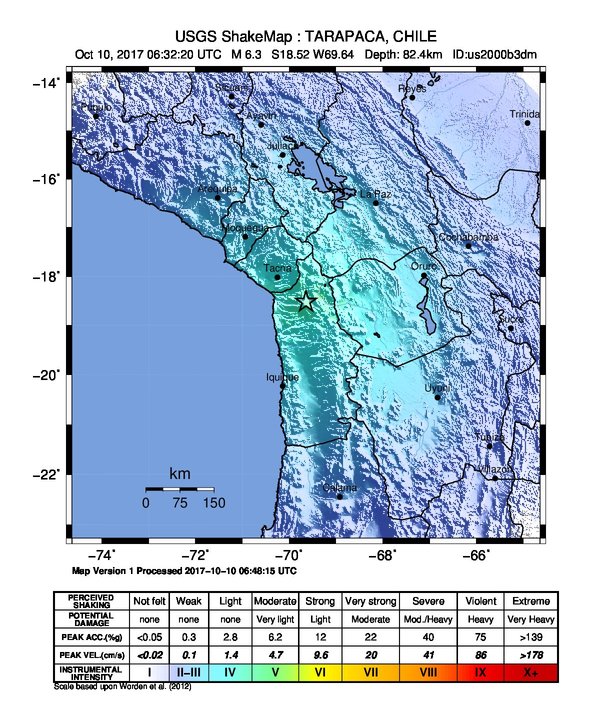 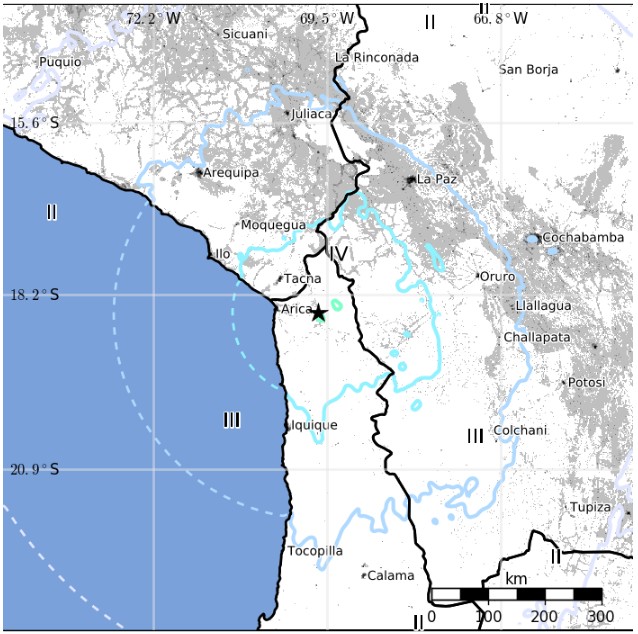 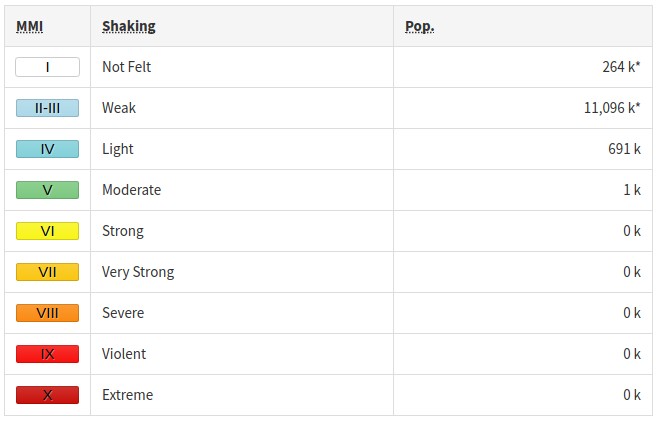 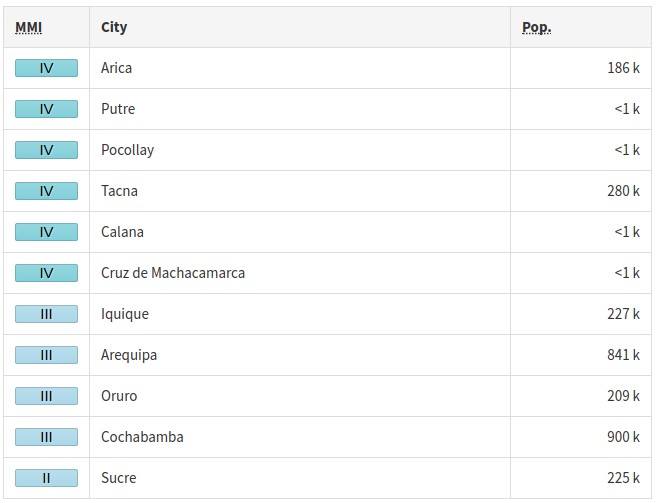 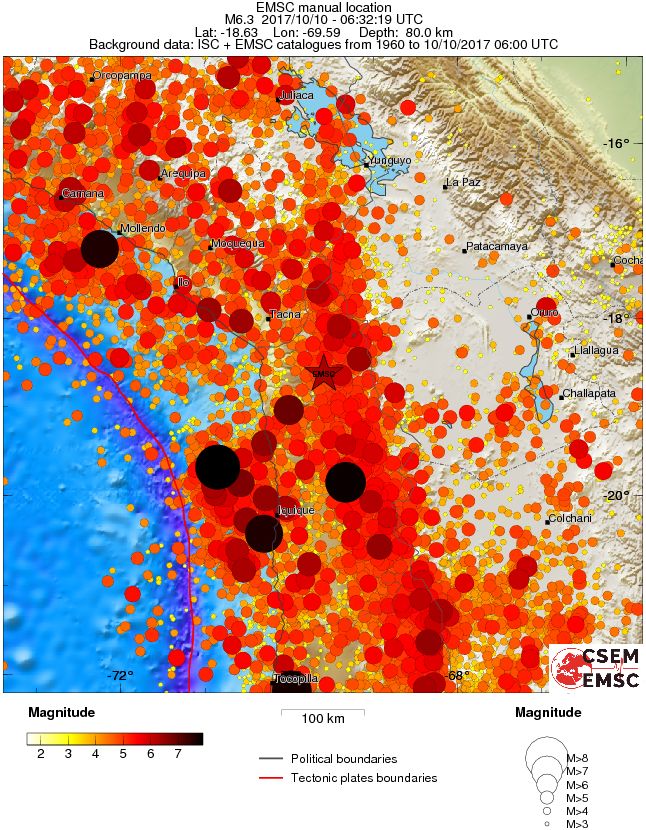