ONEMI said the quake did not have characteristics to generate a tsunami, but a preventive evacuation of the coastal regions of Valparaiso and O'Higgins was temporarily in progress. There were no immediate reports of damage or casualties, it said.

"Based on earthquake information and historic tsunami records, the earthquake is not expected to generate a tsunami," NTWC said. "Based on all available data, there is no tsunami threat to Guam, Rota, Tinian or Saipan from this earthquake," PTWC said. 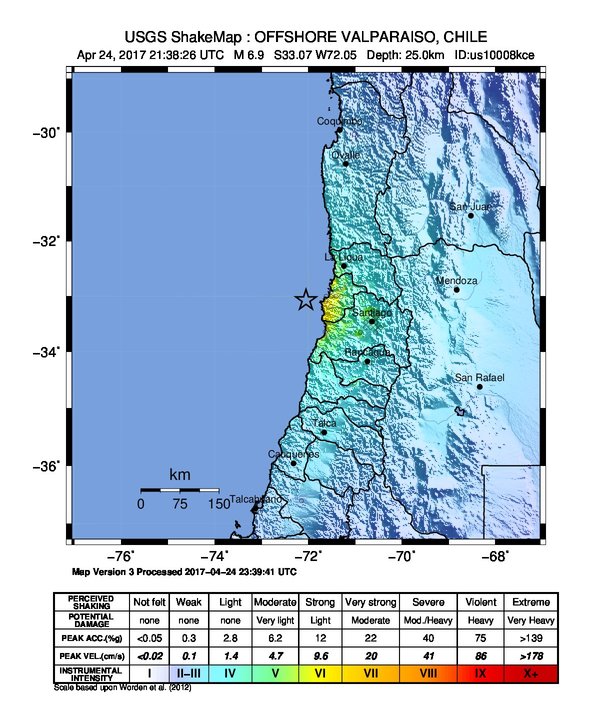 Overall, the population in this region resides in structures that are resistant to earthquake shaking, though vulnerable structures exist. The predominant vulnerable building types are adobe block and concrete wall construction.

Recent earthquakes in this area have caused secondary hazards such as tsunamis, landslides and liquefaction that might have contributed to losses. 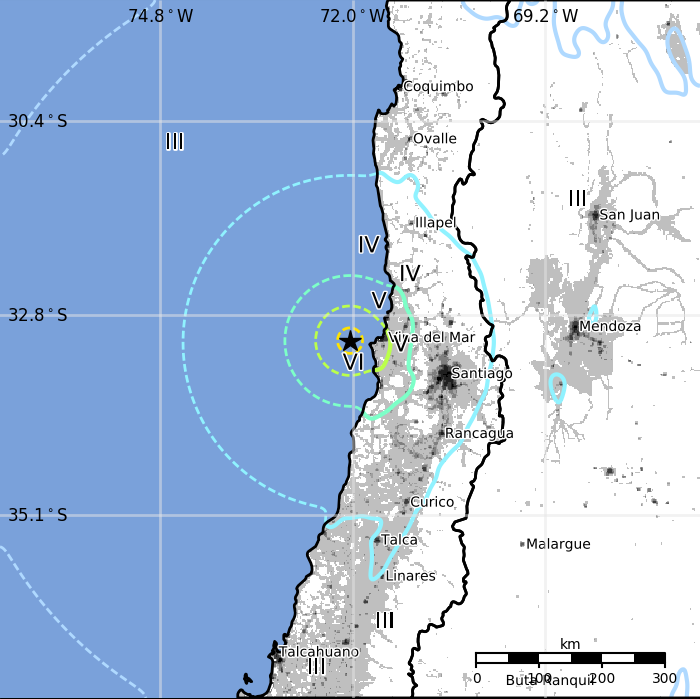 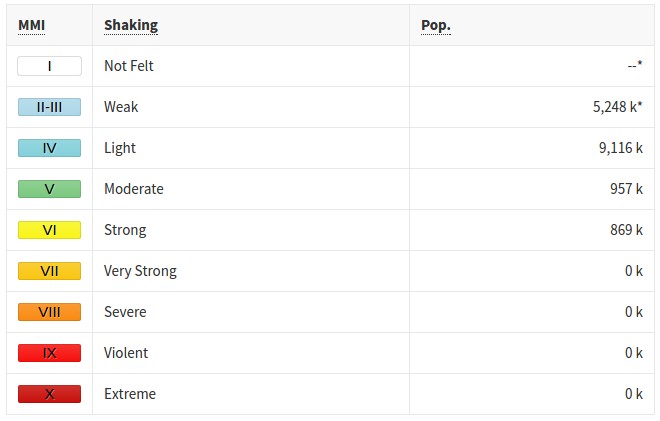 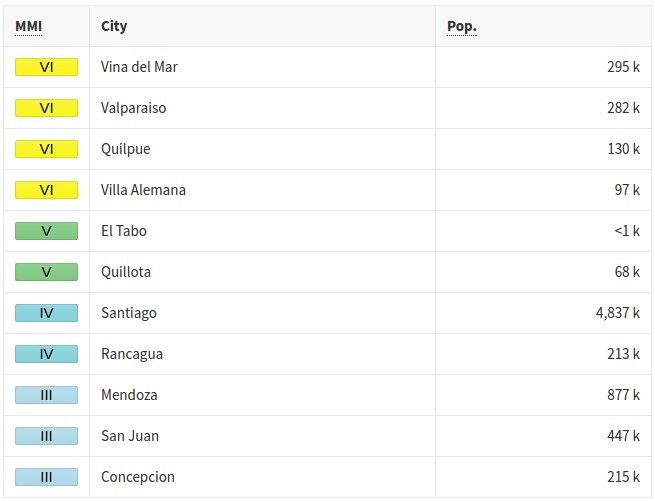