The Japan Meteorological Agency (JMA) has raised the alert level for the Shinmoedake volcano, part of the Kirishimayama volcanic group in Kyushu, Japan, from 1 to 2 on October 5, 2017.

The increase in volcanic earthquakes under the volcano was first detected on September 23, 2017, and further increased on October 4.

Over the past 24 hours, seismic network detected 87 volcanic earthquakes, JMA said 23:55 JST and raised the alert level to 2, restricting entry to areas near the crater. There are no crustal deformations associated with the increase of earthquakes, it added. 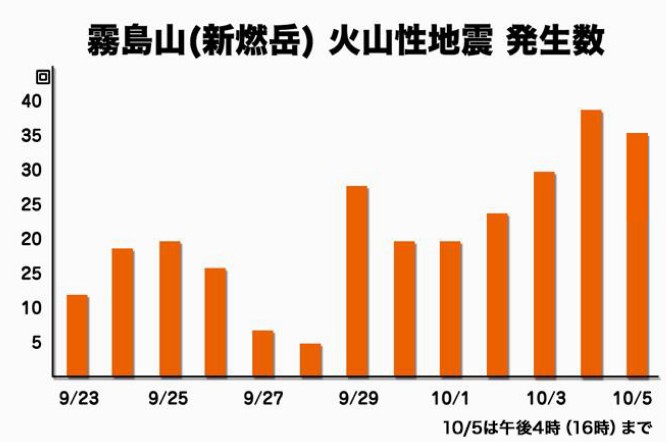 The agency said there is a possibility of a small eruption in the future and warned locals and tourists to be alert as rocks could be ejected within 1 km (0.62 miles) from the crater. 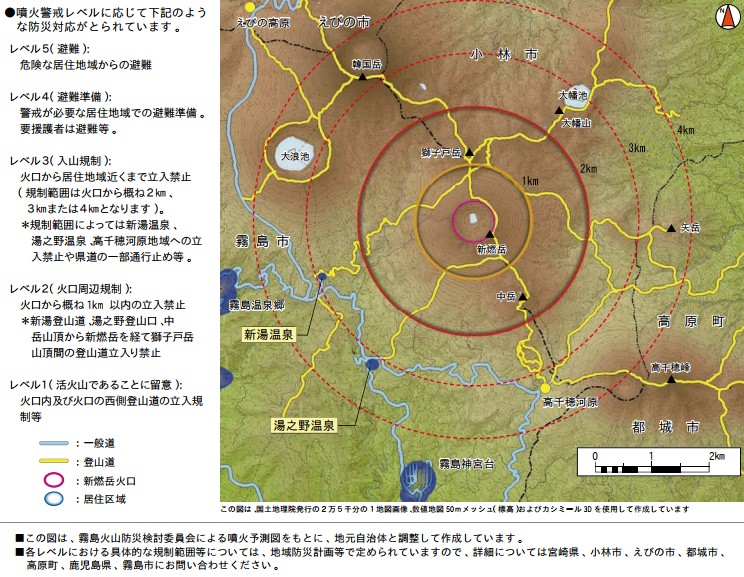 The last eruption of this volcano took place on September 7, 2011.