Vietnam state news agency said roofs had been blown off of 260 houses in the ancient city of Hue. Electricity was reportedly knocked out in parts of Ha Tinh and Quang Binh provinces after the wind brought down power lines along with trees and billboards.

At least 46 flights were canceled between the capital, Hanoi, in northern Vietnam and Ho Chi Minh City, the commercial hub in the south, according to Reuters.

Although there were no immediate reports of deaths today, one person drowned in central Vietnam on Thursday, September 14.

More than 100 000 people were evacuated from coastal regions ahead of the storm. 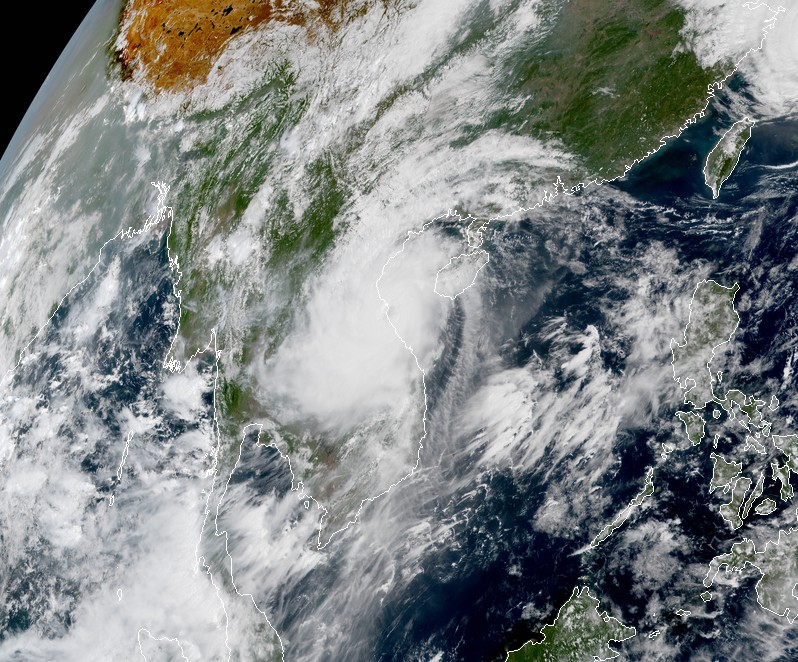 After slamming Vietnam, Doksuri moved into Laos, still as a typhoon, with maximum sustained winds 148 km/h (92 mph) and heavy rain.

It is expected to cross Laos along the border with Thailand before reaching northern Thailand.

The worst hit areas in Vietnam were Ha Tinh and Quang Binh provinces were more than 100 000 homes have been damaged, according to initial estimations.

At least four people have reportedly been killed in separate incidents in Thanh Hoa, Nghe An, Quang Binh and Thua Thien Hue. Power was cut in large areas as a preventive measure, and more than 40 flights have been canceled. A pre-emptive evacuation was carried out in four provinces, covering more than 60 000 people.

Reuters later reported that about 200 000 houses had been flooded or submerged, 5 000 had lost their roofs and 20 had collapsed in Quang Binh, according to Le Minh Ngan, the vice-chairperson of the local People’s Committee.

9 people have died, 4 are still missing and 112 have been injured, disaster officials said September 19.