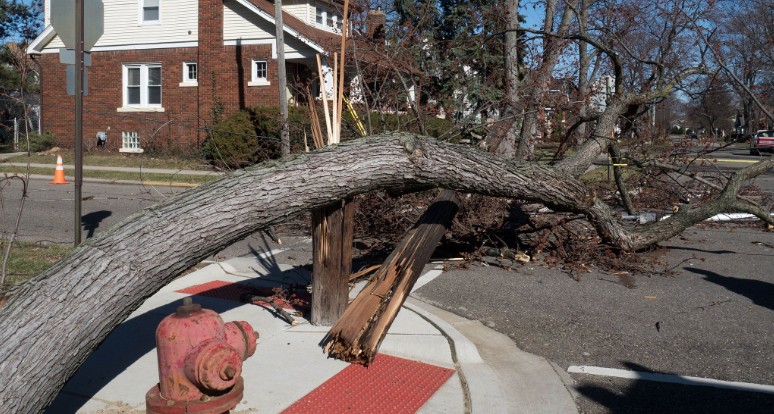 More than 1 million utility customers in Michigan have lost power after a powerful windstorm swept through the state on Wednesday, March 8, 2017. As of early Thursday, some 857 000 were still in the dark. DTE Energy calls it the largest weather event in their history. The conditions prompted Governor Rick Snyder to activate the State Emergency Operations Center.

Detroit-based DTE Energy is calling it the worst weather event in its history and estimates it will be days before power is fully restored throughout the state.

"This is the largest weather event in DTE history. The outages are widespread across the region, with the hardest hit areas in Wayne, Oakland, Macomb and Washtenaw counties," DTE said.

"Due to the unusually warm weather this winter, as well as significant rainfall, the ground is very soft and saturated. That, combined with the high winds, caused trees to uproot, falling onto DTE's poles and power lines, resulting in widespread outages," the company explained.

The company warned customers to stay at least 6 m (20 feet) away from all power lines and anything they may contact, and consider them live. "They are extremely dangerous. Treat every downed power line as if it is energized and do not cross yellow caution tape," it warned.

The conditions prompted Governor Rick Snyder to activate the State Emergency Operations Center. The center allows state, local and federal agencies to coordinate a response to a disaster, emergency or terrorist event.

NWS meteorologist Brian Tilley said the winds were caused by a strong low pressure system north of the Great Lakes, which brought a cold front to Lower Michigan.