A series of shallow and damaging earthquakes are shaking the tip of the Biga Peninsula in Western Turkey this month. The sequence includes four damaging M5+ earthquakes in which over 350 buildings sustained extensive damage. The quakes are occurring at the intersection of the Kestanbol Fault and the Edremit Fault Zone. ​

According to Volkan Sevilgen, Akın Kürçer and Hasan Elmacı (Temblor, MTA), the quakes are occurring at the intersection of the Kestanbol Fault and the Edremit Fault Zone.

As a result of the three damaging M5+ earthquakes, over 350 buildings sustained extensive damage. The Turkish Government has swiftly built a small village from container houses for those who needed shelter and asked residents not to enter any building before official building assessment.

"We calculated that the recent seismic swarm stressed the western portions of the Edremit Fault Zone by about 0.1 bar," the team wrote in their analysis. 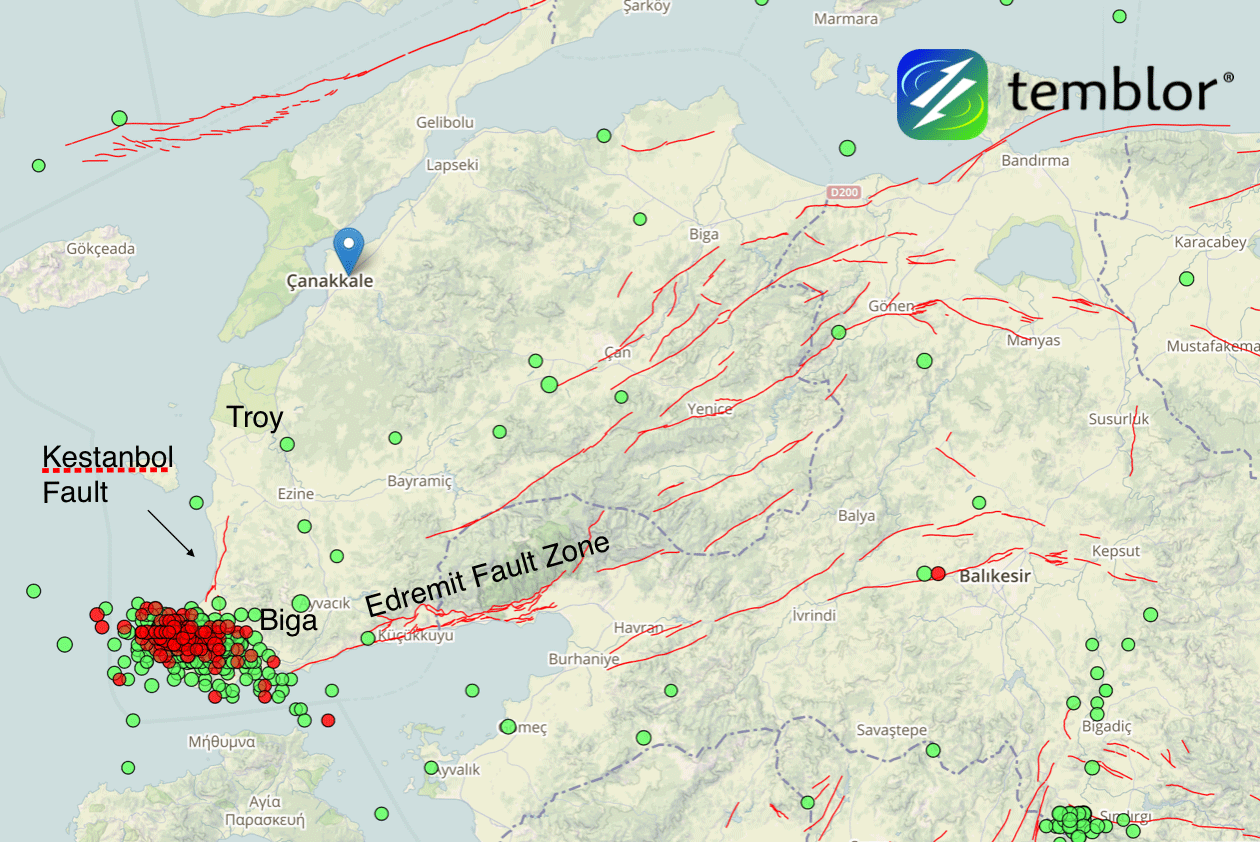 Seismic swarms generally occur in geothermal areas where faults are lubricated by hot water, making them easier to slip, they explained.

"This area is one of the most active geothermal regions in Turkey, with some water temperatures reaching 174 ºC (345 ºF). Water boils at 100 ºC (212 ºF) at sea level but the high pressure environment underground prevents evaporation. Most seismic swarms end without triggering a large earthquake." 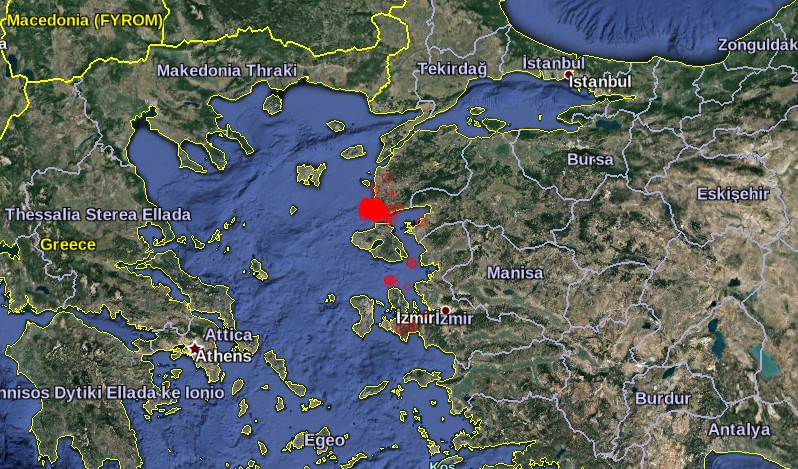 Earthquake swarm near the coast of Western Turkey – February 1 – 12, 2017. Data provided by EMSC, map by Google