A massive landslide hit Fiji's Qamea island on December 18, 2016, sweeping homes into the sea. The slide happened after the first tropical depression of the 2016/17 South Pacific cyclone season dumped heavy rain and caused severe flooding throughout the country.

The landslide occurred at 06:00 local time in Dreketi village. Residents described the experience as a nightmare and said people had to flee for their lives, The Fiji Times reports.

There were no casualties, but more than half of the village is covered in soil and debris. The village health center and district school were pushed to the sea.

"It was lucky that the landslide happened at 6am while there was a bit of light and people could find their way out of their homes," villager Paulo Sakaraia said.

"It is very hard to move around the village," Sakaraia said.

Old people and young children have been moved to the neighboring settlement, he said and added that villagers with relatives on the island of Taveuni have been ferried across.

Fiji is still under the influence of the first tropical depression of the 2016/17 South Pacific cyclone season (Tropical Depression 04F, now Invest 99P) which formed on December 12.

The system has caused severe flooding in parts of Fiji. As towns lie underwater, flood warnings remain in place across much of the main island of Viti Levu, the ABC reports. 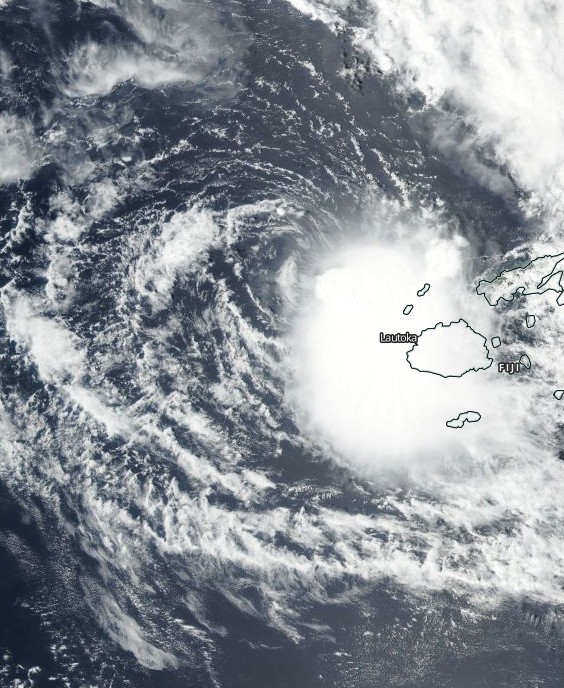 Forecaster Neville Koop from the Na Draki Weather Service said the tropical depression had hardly moved for days, sitting north-west of Fiji, but it started to speed up on Monday afternoon.

"It's just started to move very quickly all of a sudden and it's probably going to cross the coast close to Nadi and move across the south-western tip of the main island [of Viti Levu] and then head south into open ocean," Mr Koop said.

"So this won't last very long — the heavy rains should start to clear on Monday night. But there's still a lot of water in the interior that's got to come down the river. The flood waters will probably peak early Tuesday morning and then start to slowly decrease." 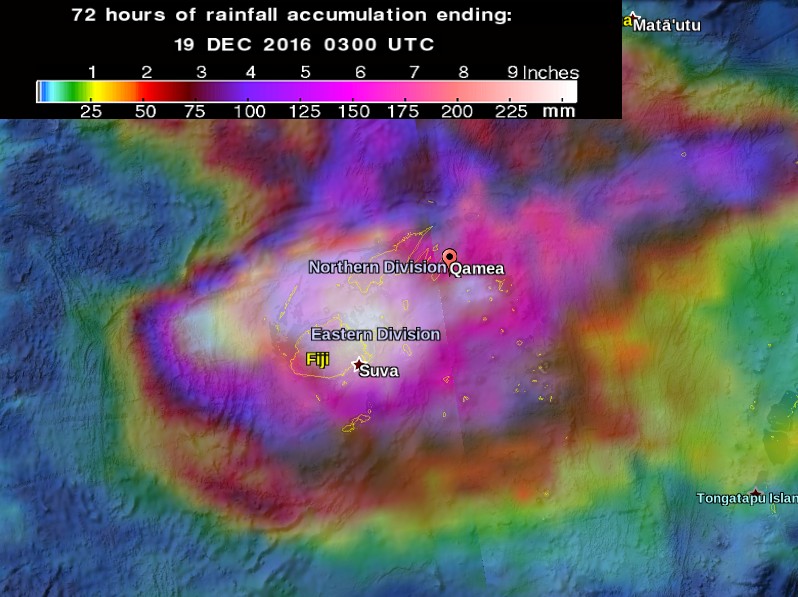 Emergency authorities have moved people to evacuation centers on higher grounds after many major roads were blocked by water or landslides.

Fijian journalist Joe Yaya told Pacific Beat that while the weather was improving, the emergency was far from over near the Rewa River, east of the capital, Suva.

"The rain has stopped but the river is still rising — it's way past the four-metre level," he said.

The South Pacific cyclone season officially runs from November 1 to April 30, however, a tropical cyclone could form at any time between July 1 and June 30, and would count towards the season total. The peak period for cyclones in the region is usually from January to March.

Fiji Meteorological and Hydrological Service expects as many as two to three tropical cyclones to pass through Fiji waters this season with one anticipated to reach Category 3 or above. These are predictions based on statistical and scientific evidence, not actual forecasts.

The Service said it is critical that communities across Fiji act responsibly and pay close attention to all weather forecast, warnings and advisories issued by the Fiji Meteorological Service and Government.