Tropical Cyclone "Yasa" made landfall over Vanua Levu, Fiji's second-largest island just after 06:00 UTC (18:00 LT) on December 17, 2020, with wind speeds up to 240 km/h (150 mph) and momentary gusts up to 345 km/h (215 mph), according to the RSMC Nadi. The Government of Fiji ordered a 14-hour nationwide curfew ahead of the storm and declared a "State of Natural Disaster" for the next 30 days to respond to the crisis. Yasa is the strongest tropical cyclone to make landfall in Fiji since Winston in 2016.

Ahead of the storm, Prime Minister Frank Bainimarama said 95% of the country's 850 000 people were in a direct path of the storm, urging them to take all necessary precautions and move to higher ground. 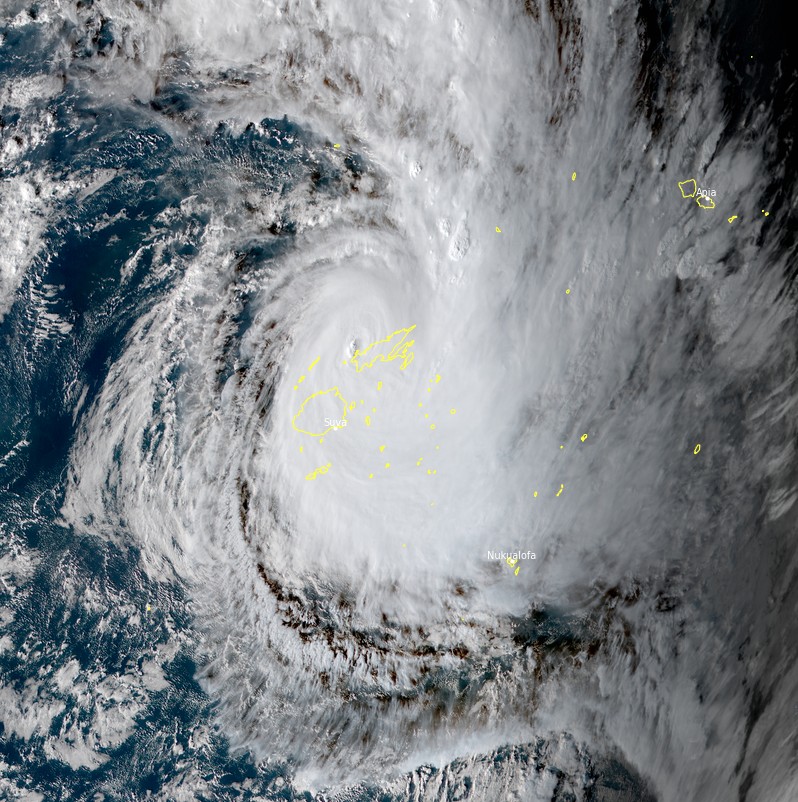 The impact forecast for this latest super-storm is more or less the entire country, Bainimarama said ahead of the landfall.

"Everywhere in Fiji, we can expect the rains will get worse. The winds will become more destructive. In low-lying areas, we anticipate flash flooding and severe coastal inundation, including waves up to 10 m [33 feet] in height."

Forecaster Neville Koop, director of NaDraki Weather Service, said, however, that recent modeling suggested only about 20 to 25% of the population are in 'direct harm's way.'

The cyclone is now slowly weakening and is expected to track generally southward over the next 48 hours or so. 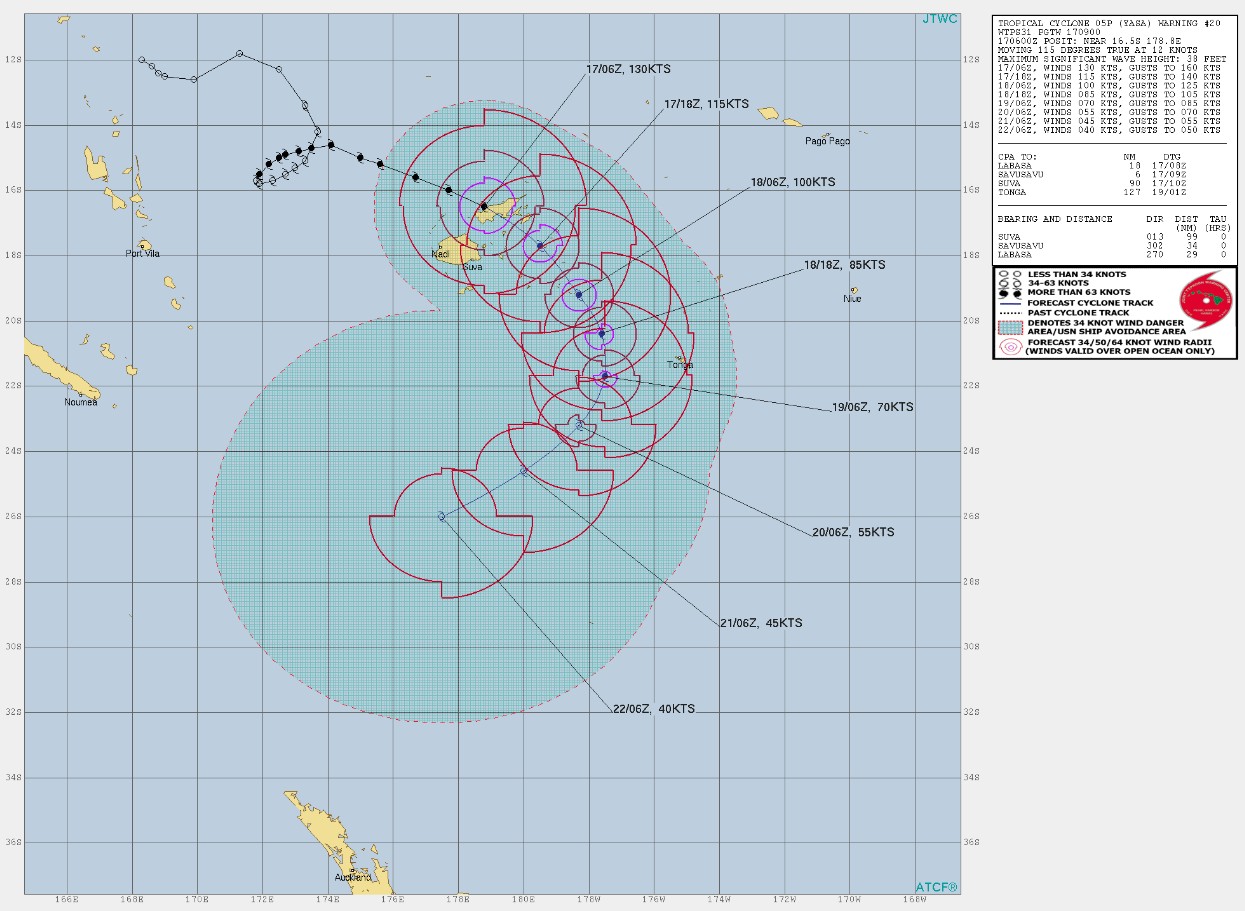 It damaged or destroyed 40 000 homes across the island nation and killed 44 people. Communications were temporarily lost with at least six islands, with some remaining isolated more than two days after the storm's passage.

The storm disrupted access to essential utilities, including water supply and sanitation facilities, and caused extensive damage due to flooding, storm surge, and powerful winds.

At least 2 people have died, a 45-year old man in Labasa and a three-month-old baby, and 23 479 sought shelter in 457 evacuation centers across Fiji.

An aerial survey by FBC News confirmed significant damages to infrastructure in Nabouwalu, Bua, Lekutu, Nasarawaqa, Dreketi, and Seaqaqa, with houses destroyed, roofs blown away, some schools damaged, fallen power lines on the road, a number of crossing washed away, and a number of trees uprooted.

"Villages in Vanua Levu have lost a lot of houses. The wind has flattened many community buildings and crops have been flattened," Fiji Red Cross Society Director-General Ilisapeci Rokotunidau told Reuters.