CSN Chile registered a total of 9 moderate to strong earthquakes by 08:42 UTC, with magnitudes between 3.1 and 5.9. 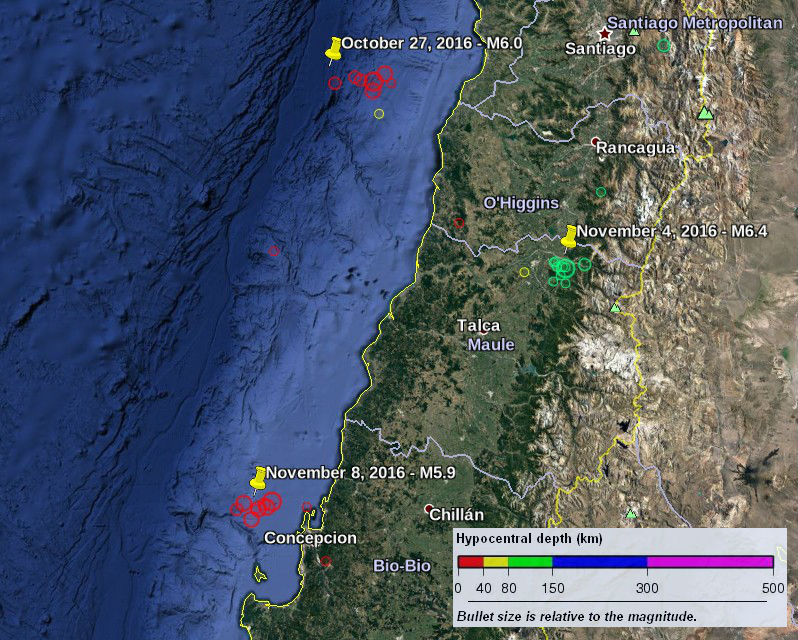 Earthquakes in Chile between October 27 and November 8, 2016. Credit: Google, EMSC

USGS issued s green alert for shaking-related fatalities and economic losses. There is a low likelihood of casualties and damage. 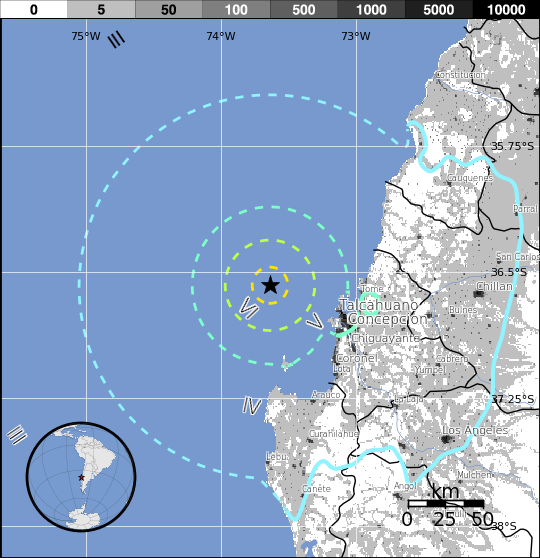 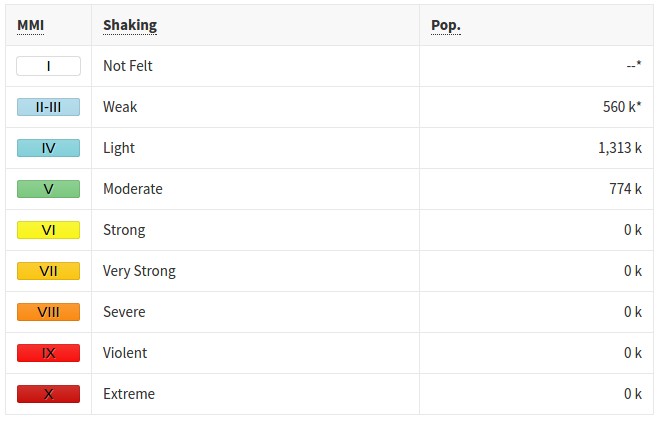 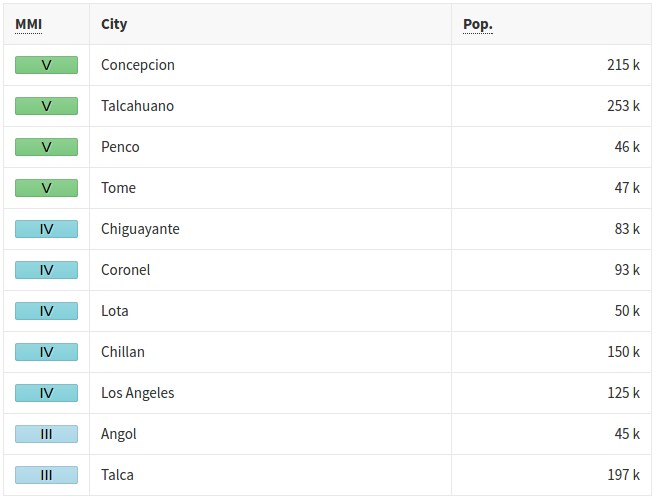 Subduction of the Nazca plate is geometrically complex and impacts the geology and seismicity of the western edge of South America. The intermediate-depth regions of the subducting Nazca plate can be segmented into five sections based on their angle of subduction beneath the South America plate. Three segments are characterized by steeply dipping subduction; the other two by near-horizontal subduction. The Nazca plate beneath northern Ecuador, southern Peru to northern Chile, and southern Chile descend into the mantle at angles of 25° to 30°. In contrast, the slab beneath southern Ecuador to central Peru, and under central Chile, is subducting at a shallow angle of approximately 10° or less. In these regions of “flat-slab” subduction, the Nazca plate moves horizontally for several hundred kilometers before continuing its descent into the mantle, and is shadowed by an extended zone of crustal seismicity in the overlying South America plate. Although the South America plate exhibits a chain of active volcanism resulting from the subduction and partial melting of the Nazca oceanic lithosphere along most of the arc, these regions of inferred shallow subduction correlate with an absence of volcanic activity. More information on regional seismicity and tectonics (USGS)