A shallow earthquake registered by the USGS as M5.0 hit the city of Cushing, Oklahoma at 01:44 UTC on November 7, 2016. The agency is reporting a depth of 5 km (3.1 miles). Today's quake hit just two months after M5.8, the strongest earthquake in Oklahoma's history, shook Pawnee and forced shutdowns of 37 oil wells.

It was felt as far away as Iowa, Illinois and Texas.

In recent years, Oklahoma has had thousands of earthquakes. Nearly all have been traced to the underground injection of wastewater left over from oil and gas production. 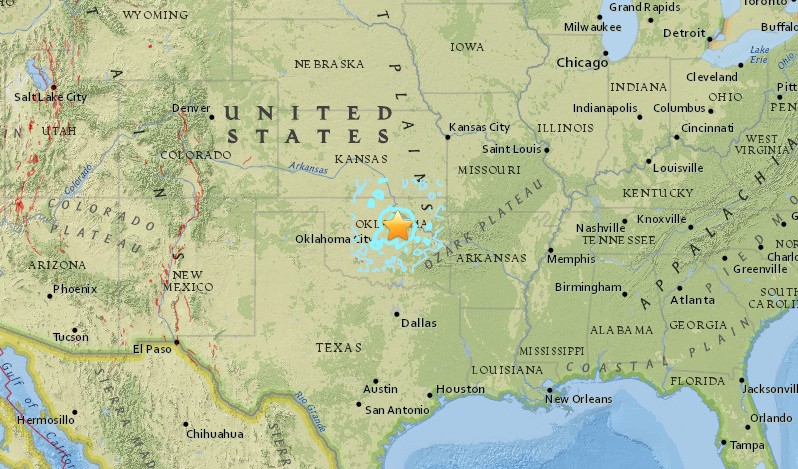 According to media reports, it was a sharp earthquake near one of the world's key oil hubs which triggered fears it might have caused damage to key infrastructure.

A few minor injuries were reported.

City Manager Steve Spears questioned whether some of the community's century-old buildings might be unsafe. "Some damage was superficial, bricks falling off facades, but some older buildings might have damaged foundations that would be difficult to assess until daylight," Spears said.

The police warned people to stay out of downtown and cordoned off older parts of the town to keep away gawkers.

The Cushing Public School District has canceled classes Monday until they assess the potential damage.

One senior building was evacuated and provided shelter at a youth center gymnasium in Cushing.

Local media reported a temporary loss of power for about 2 hours.

Pipeline operators at the Cushing, Oklahoma, oil storage terminal said that there have been no immediate reports of any problems. 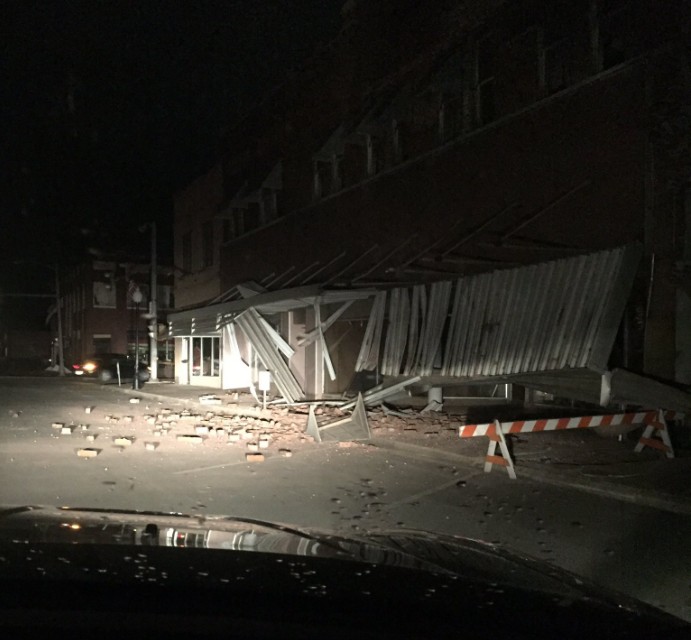 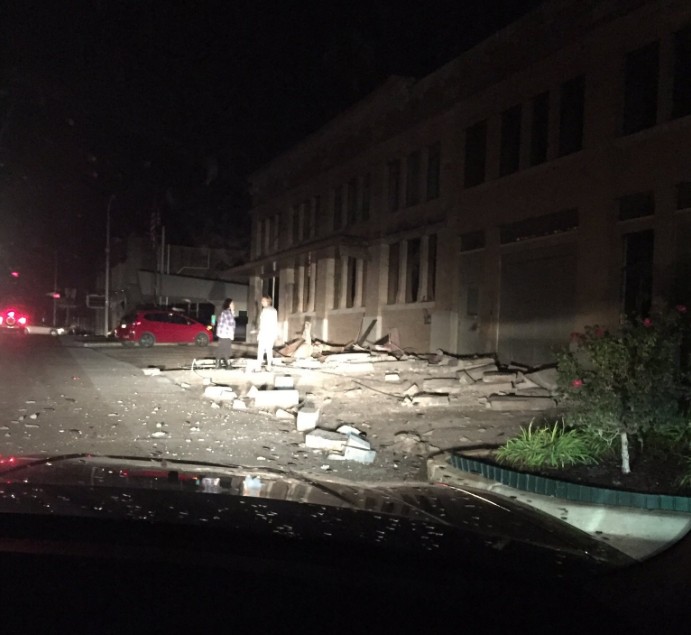 The USGS initially reported M5.3 but later downgraded it to M5.0. 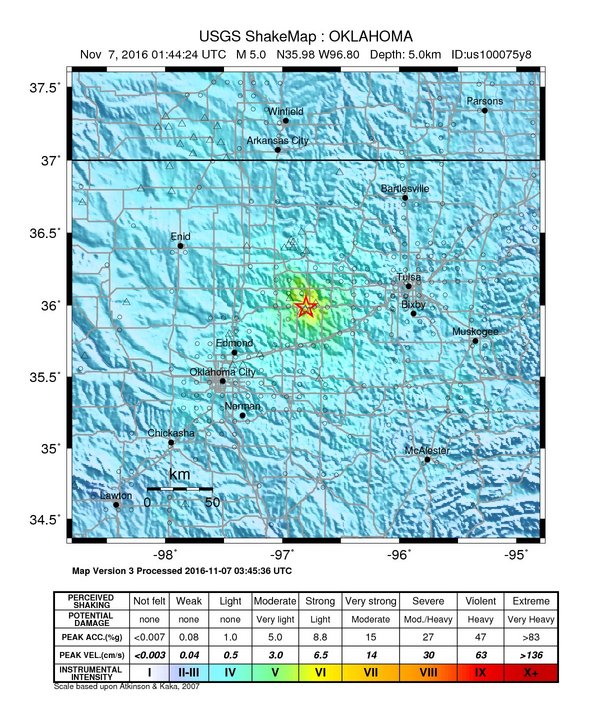 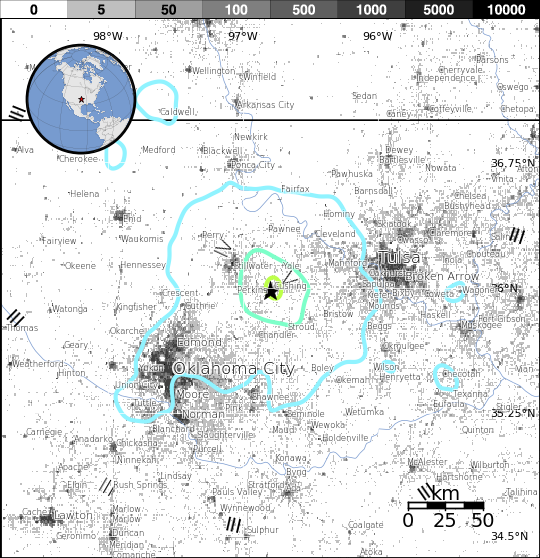 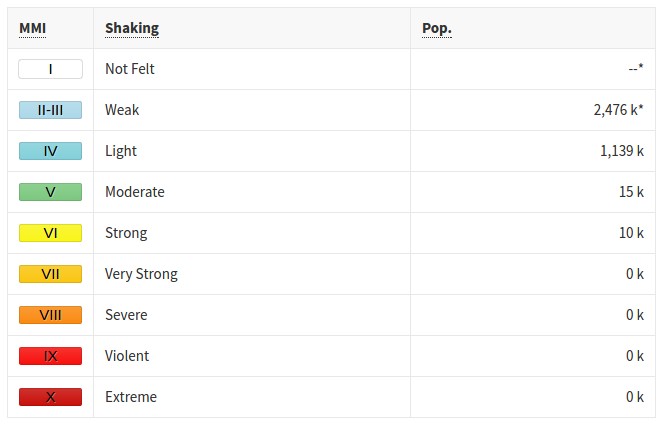 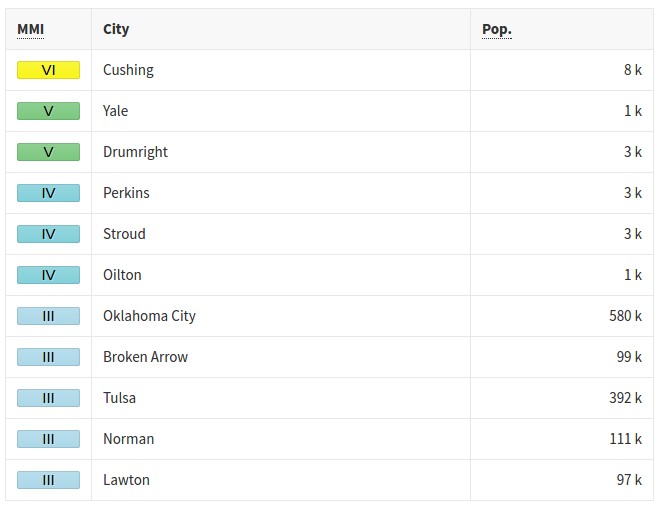 This area has been an active zone of seismicity since 2015. The USGS estimates the maximum Modified Mercalli Intensity to be VI, in accord with reports of damage near the epicenter.

"We derived several focal plane solutions (FPS or beachball diagrams) from each event that indicate strike-slip displacement dominated the motion along the fault," OGS said.

The quake has already triggered several aftershocks of magnitudes less than 3. The likelihood of an aftershock being larger than this event is about 5%.

Aftershocks have the potential to create damage, just like the other earthquakes. They may be expected to continue and become less frequent with time.

In the case of further seismicity, OGS urged the public to protect themselves from falling objects: (1) drop to the ground; (2) cover your head and neck; and (3) hold on to any sturdy cover. 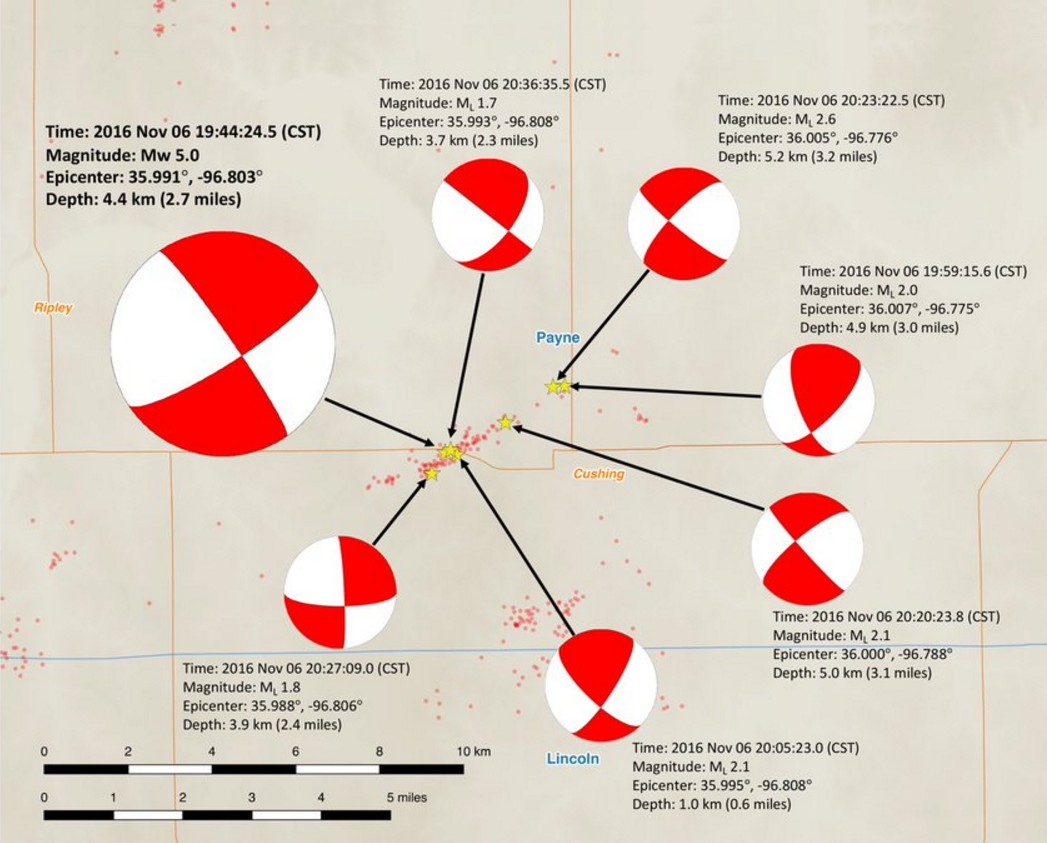