Although no major damage was immediately reported, today's quake is Oklahoma's strongest earthquake on record. Initially, it was recorded as Mw5.6, but the agency upgraded the magnitude to Mw5.8 on September 7.

At the same time, the USGS upgraded the November 5, 2011 earthquake which hit near Prague at a depth of 5 km (3.1 miles) from Mw5.6 to Mw5.7, making it the second largest earthquake to hit Oklahoma. Before the September 3 earthquake, it was considered the strongest quake to hit the state ever. The epicenter of that earthquake was in the vicinity of several active hydraulic fracturing wastewater injection wells. The previous record was a 5.5 magnitude earthquake that struck near the town of El Reno in 1952.

Beginning in 2009, the frequency of earthquakes in the State of Oklahoma rapidly increased from an average of less than two 3.0+ Mw earthquakes per year to hundreds in 2014 and 2015. Thousands of earthquakes have occurred in Oklahoma and surrounding areas in southern Kansas and North Texas since 2009 and scientific studies attribute the rise in earthquakes to the disposal of saltwater produced during oil extraction that has been injected more deeply into the ground.

Some parts of Oklahoma now match northern California for the nation's most shake-prone. 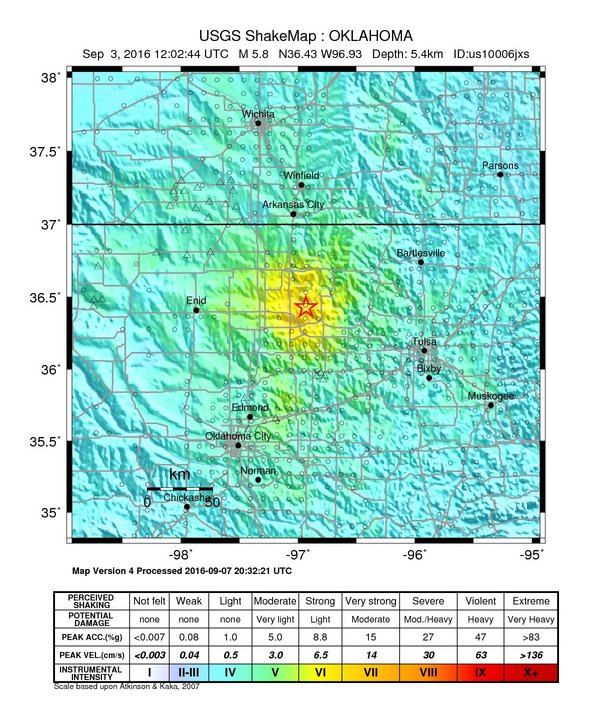 USGS issued a green alert for shaking-related fatalities and economic losses. There is a low likelihood of casualties and damage 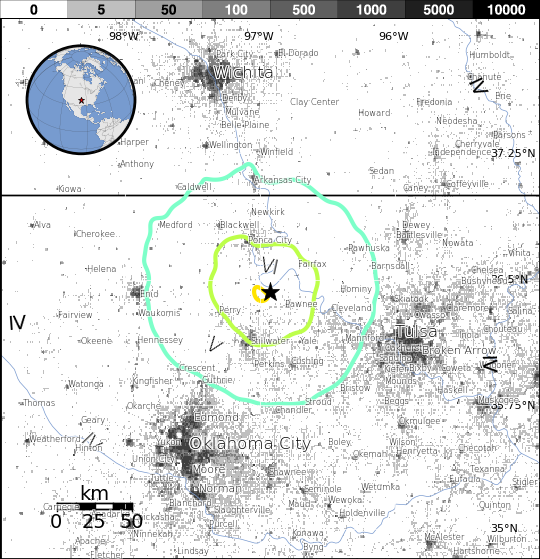 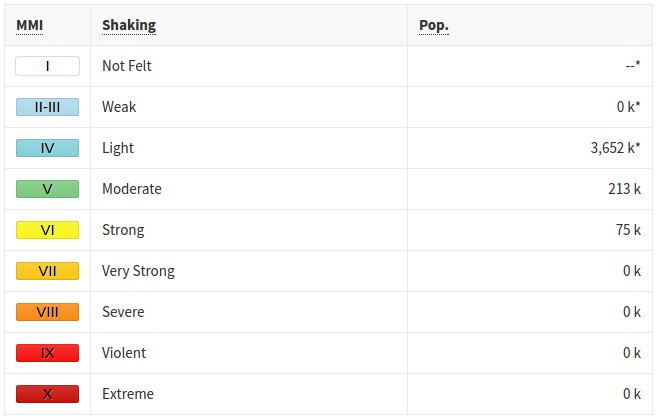 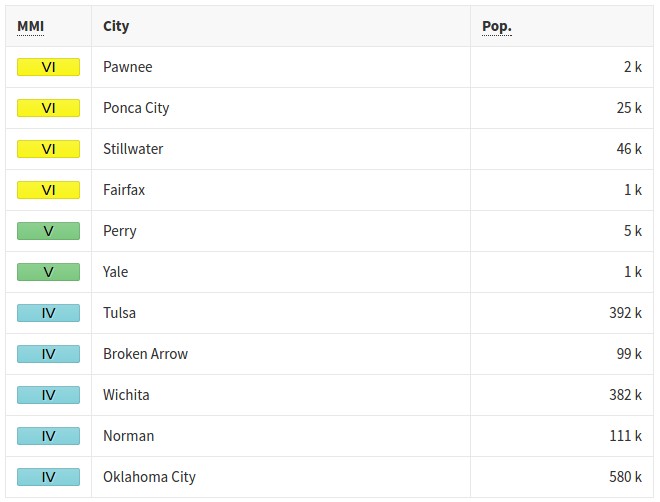 Take a closer look at this region

Earthquakes in the stable continental region by USGS

As is the case elsewhere in the world, there is evidence that some central and eastern North America earthquakes have been triggered or caused by human activities that have altered the stress conditions in earth's crust sufficiently to induce faulting. Activities that have induced felt earthquakes in some geologic environments have included impoundment of water behind dams, injection of fluid into the earth's crust, extraction of fluid or gas, and removal of rock in mining or quarrying operations. In much of eastern and central North America, the number of earthquakes suspected of having been induced is much smaller than the number of natural earthquakes, but in some regions, such as the south-central states of the U.S., a significant majority of recent earthquakes are thought by many seismologists to have been human-induced. Even within areas with many human-induced earthquakes, however, the activity that seems to induce seismicity at one location may be taking place at many other locations without inducing felt earthquakes. In addition, regions with frequent induced earthquakes may also be subject to damaging earthquakes that would have occurred independently of human activity. Making a strong scientific case for a causative link between a particular human activity and a particular sequence of earthquakes typically involves special studies devoted specifically to the question. Such investigations usually address the process by which the suspected triggering activity might have significantly altered stresses in the bedrock at the earthquake source, and they commonly address the ways in which the characteristics of the suspected human-triggered earthquakes differ from the characteristics of natural earthquakes in the region.