After passing just north of Taiwan, bringing widespread disruption and forcing thousands to evacuate, Typhoon "Malakas" is now approaching Kyushu, Japan as a Category 3 hurricane equivalent. Malakas is expected to make its first landfall over Kagoshima Prefecture around 13:00 UTC on September 19, 2016. It will then exit near Miyazaki, head toward its second landfall in Wakayama Prefecture and then toward Tokyo. JMA has issued warnings for heavy rainfall and the potential for flooding with mudslides and landslides of concern for areas around higher terrain.

Malakas formed on September 12 southwest of Guam while the whole world was watching Super Typhoon "Meranti" approaching the Philippines and Taiwan. On September 17, Malakas made a glancing blow to Taiwan, passing with its eye about 130 km (81 miles) to the east of Taipei. Although the storm's heavy rain and strong winds caused widespread disruption and forced more than 2 700 people to evacuate, the worst of the weather remained offshore.

Sustained winds at the center of Malakas were around 200 km/h (124 mph) at the time of closest approach, which placed Malakas on the upper edge of Category 3 hurricane equivalent on the Saffir-Simpson Hurricane Wind Scale. On the mainland, winds were near 100 km/h (62 mph). Flights and train services were suspended and businesses across the northeast of the country ordered to close.

Malakas weakened to a Category 1 hurricane equivalent after passing Taiwan, but it started to intensify again around 06:00 UTC on Sunday, September 18. By 18:00 UTC, it was again a powerful Category 3 hurricane equivalent. Malakas will experience some weakening before its first landfall, but will remain a very dangerous typhoon.

Southern and Central Japan can expect to see rainfall amounts between 120 – 300 mm (4.7 – 11.8 inches) with wind gusts up to 160 km/h (99.4 mph). JMA has issued warnings for heavy rainfall and the potential for flooding with mudslides and landslides of concern for areas around higher terrain. 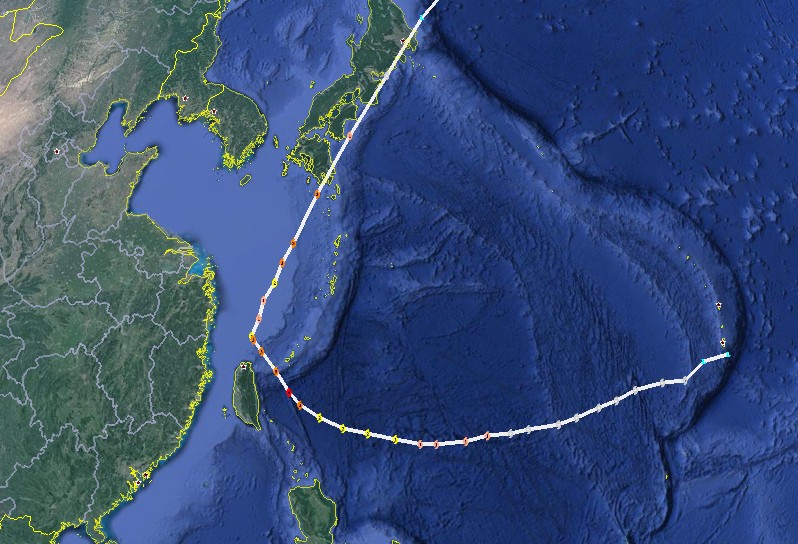 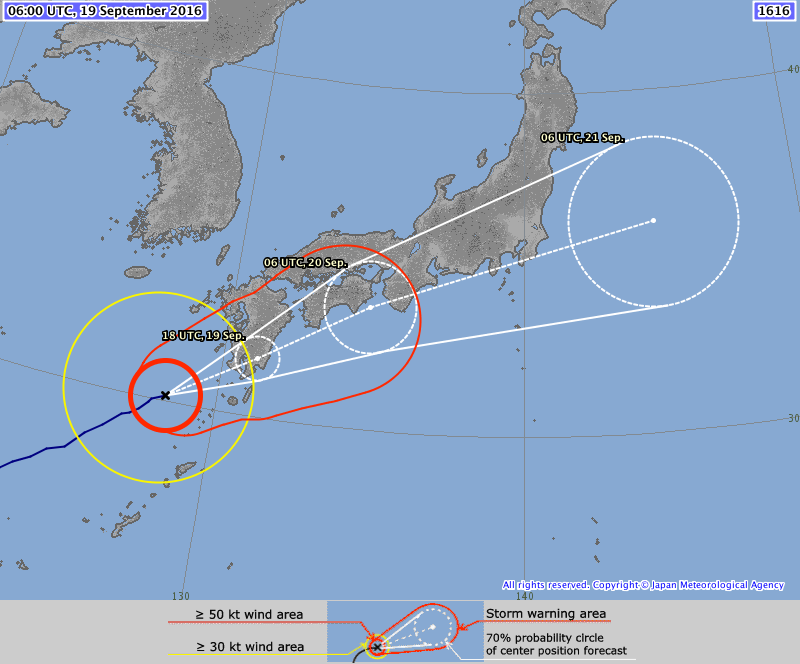 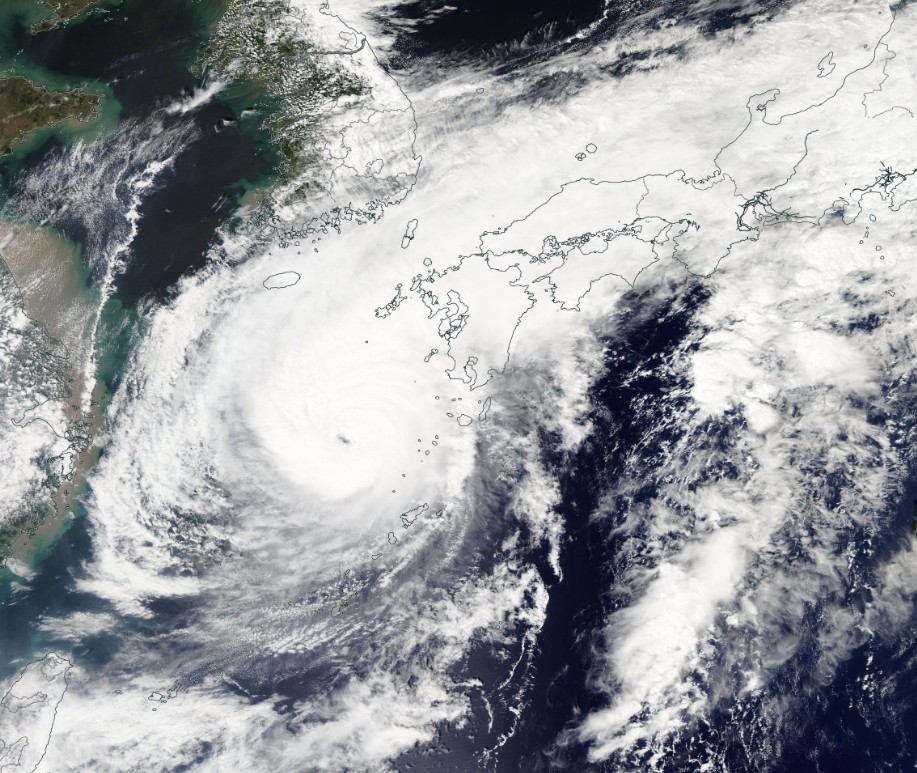 JTWC expects Malakas to accelerate northeastward on the poleward side of a deep-layered subtropical ridge as it becomes embedded deeper into the strong mid-latitude westerlies. Malakas will make landfall in Kyushu and then drag across the southern coast of Japan.

The land interaction, in addition to strong vertical wind shear will cause its rapid dissipation. Concurrently, the cyclone will undergo extra-tropical transition.