Over 40 people have been killed after heavy rains caused severe flooding in Saudi Arabia and Yemen this week.

According to the General Directorate of Saudi Civil Defence, rains and flooding claimed lives of 18 people throughout Saudi Arabia and more than 900 had to be rescued inside their vehicles.

The directorate added that floodwaters inundated roadways in Riyadh, Mecca and the mountainous south. Deaths were reported across the country, from Riyadh to Hail, Makkah, Madina, Al Baha, Asir, Najran and Jazan.

A tornado was reported in the country's southwest.

tornado Video from alshaqeq area in the southwest of #SaudiArabia
from : @lamoa541 pic.twitter.com/BIWa0chbjT

Widespread flooding in Yemen killed at least 24 people, as of late Thursday, April 14, and caused the collapse of small dams, including two north of the capital, Sanaa. 16 were killed over the past 24 hours, mostly in Omran and Haja provinces.

Damage to property in Yemen was particularly heavy, with rushing muddy water cutting off roads and sweeping away cars and cattle, Gulf News reported. Besides Hajjah and Omran, unusually heavy rainfall has also hit Sanaa and the southern port of Aden. 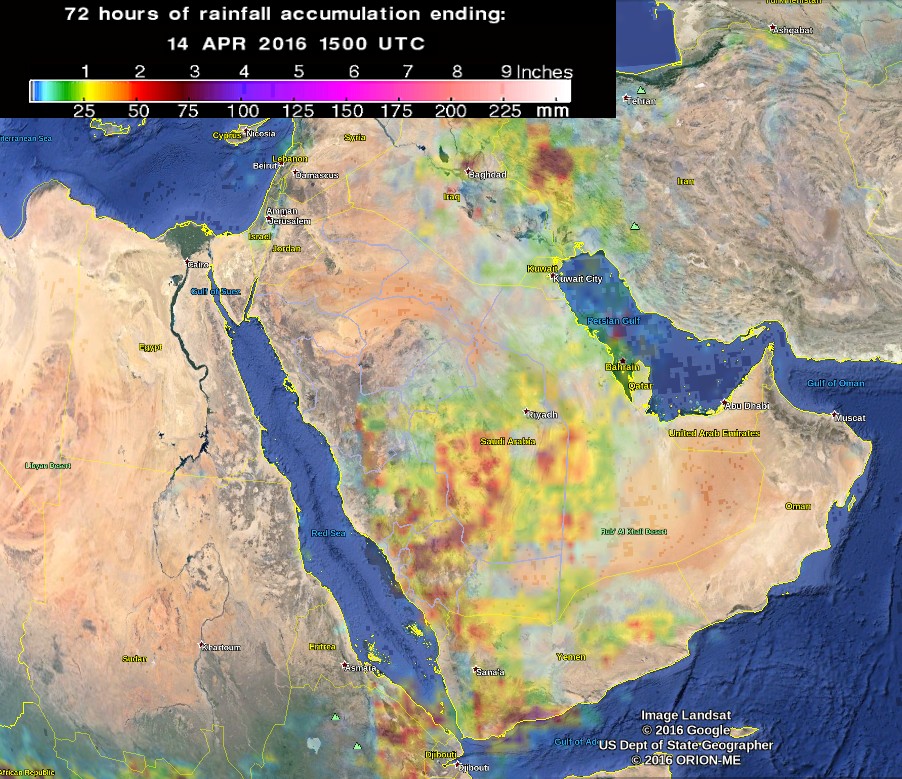 The following video shows another tornado in Iraq's Maysan province: