Tropical Cyclone "Corentin" formed south of Diego Garcia in the central Indian Ocean on January 21, 2016. The system is currently intensifying and will reach the Category 2 hurricane status over the next two days. It is expected to remain away from the populated areas, and no warnings have been issued thus far. 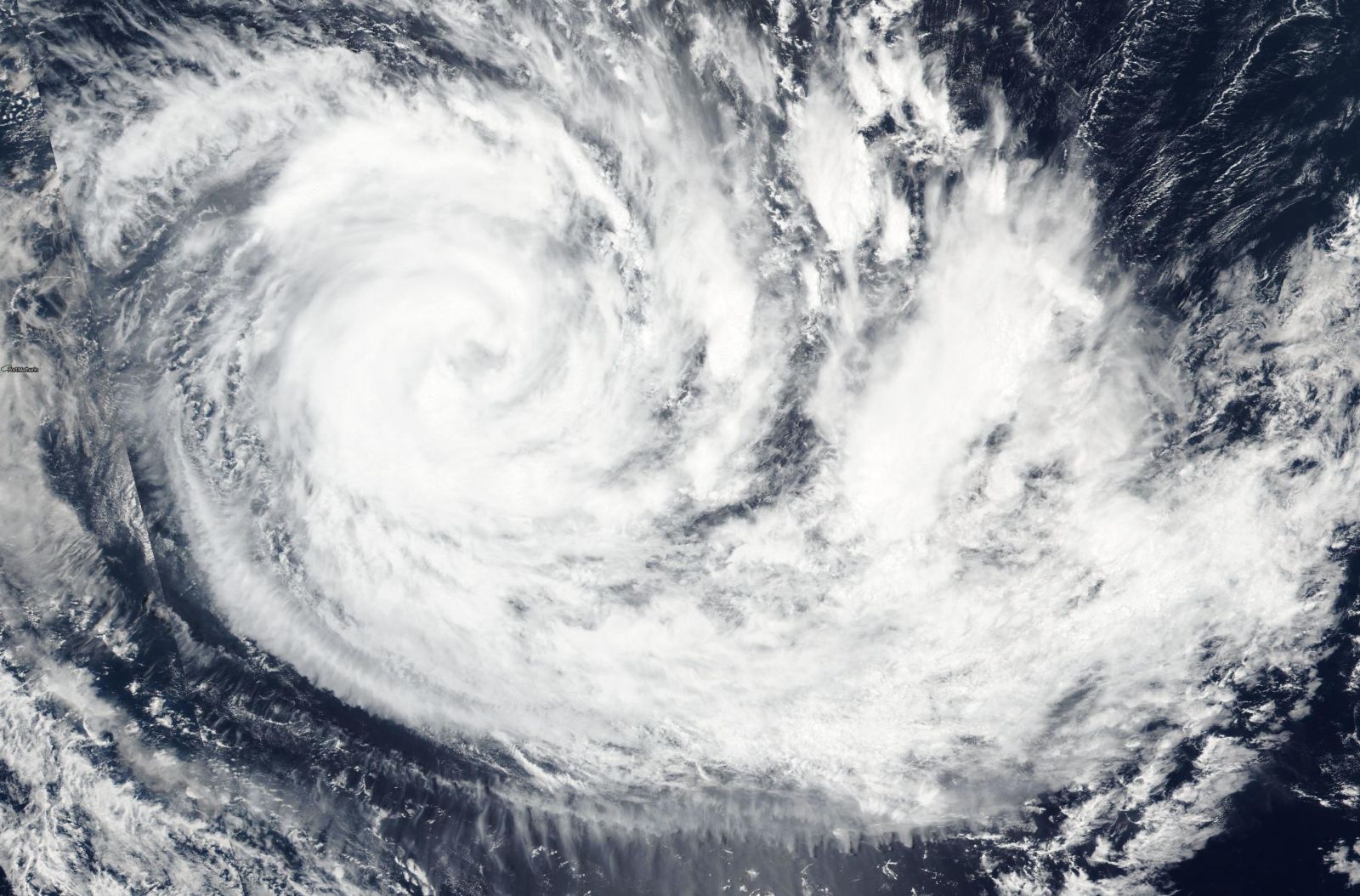 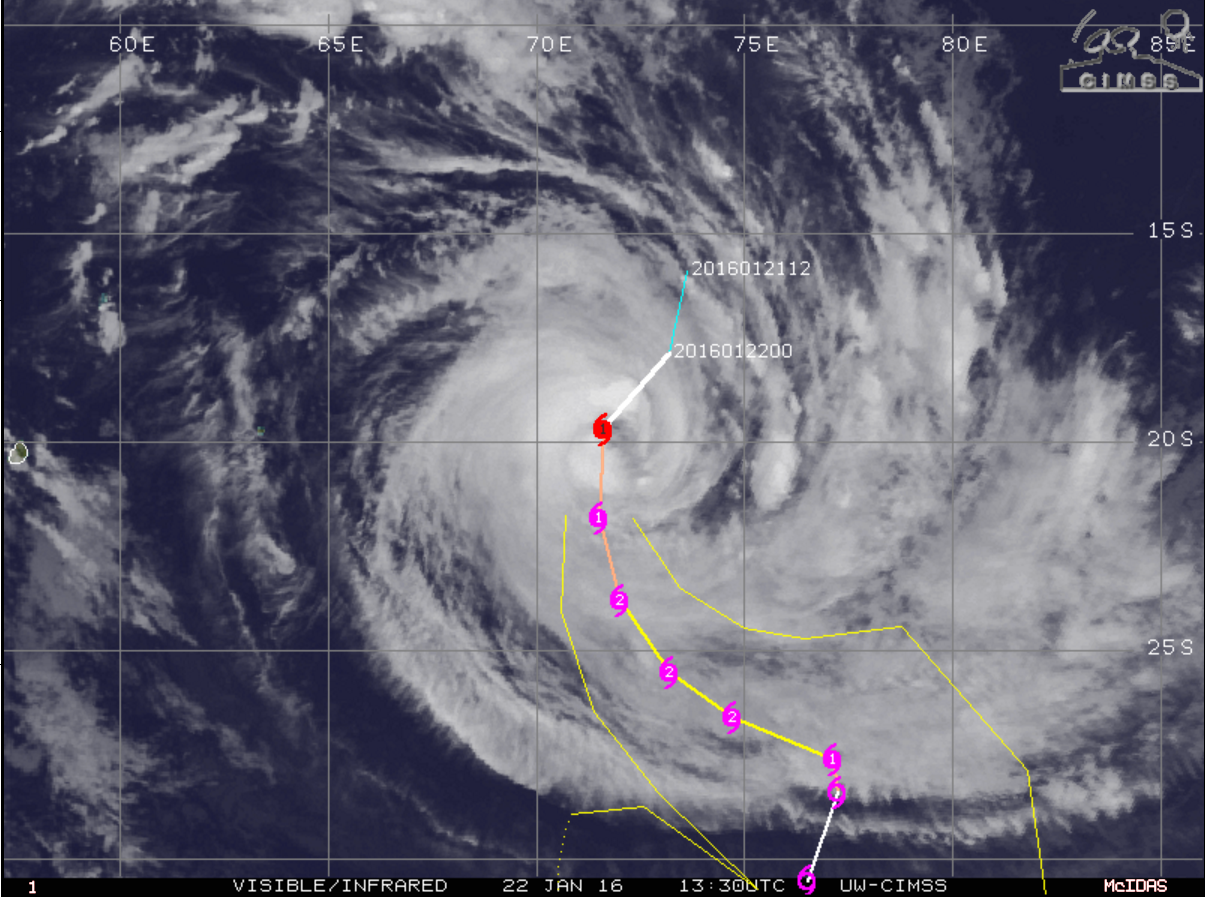 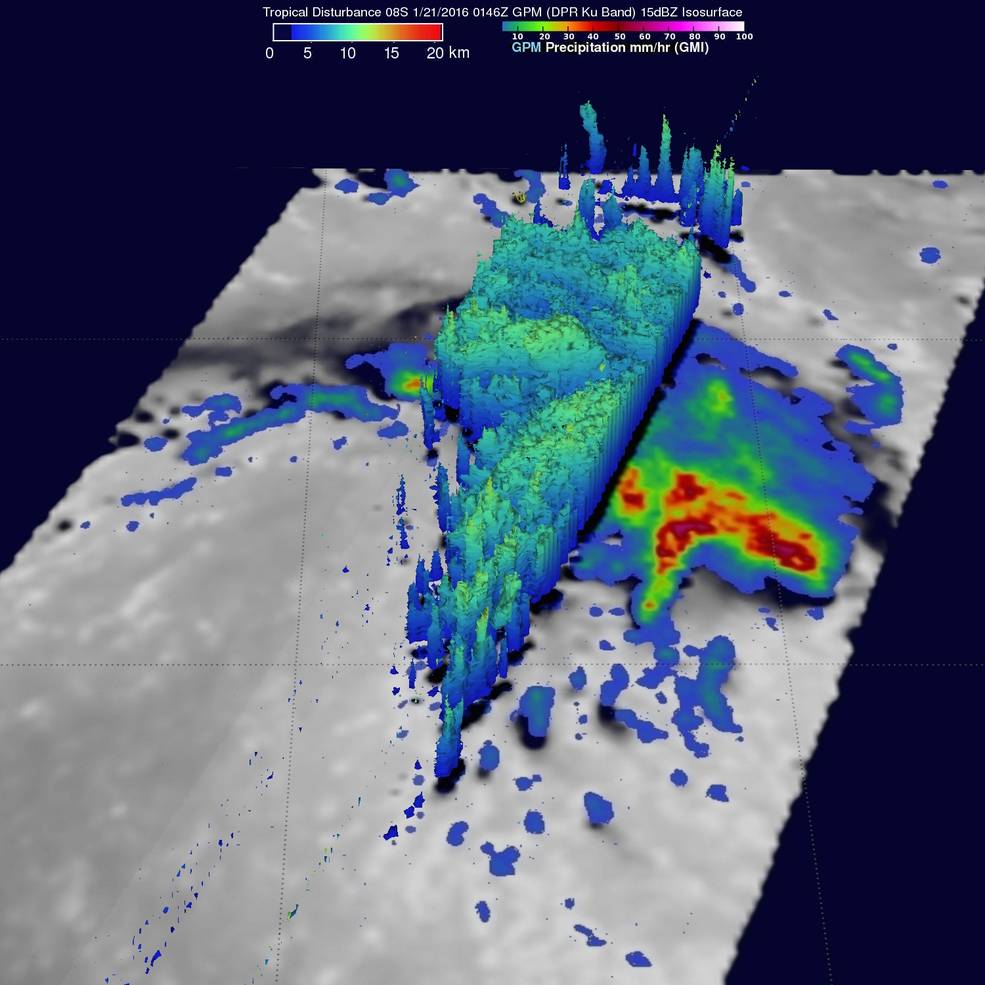 On January 21 at 0146 UTC GPM saw rain at a rate of over 71 mm (2.8 inches) per hour in strong storms to the northeast Corentin's center. Cloud tops were reaching heights of almost 13 km (8 miles) in the intense feeder band west of the low's center of circulation. Image credit: NASA/JAXA/SSAI, Hal Pierce

After that, the system will begin to weaken gradually, as it tracks over colder waters into a region with increased vertical wind shear.

Corentin is expected to remain far enough from the populated area, and no tropical watches or warnings have been issued so far.