The widespread flooding and landslides in Myanmar, which started during monsoon season in early July, have claimed the lives of 106 people, and severely affected 1 350 000 people, as of August 13, the UN Office for the Coordination of Humanitarian Affairs (OCHA) reported.

Severe monsoonal rainfall combined with torrential rains brought by Cyclone "Komen" during late July and early August, have caused heavy flooding across the state since, which affected majority of the regions in Myanmar. More heavy rains are still sweeping the country, as river levels remain high, continuously posing a threat for residents along river banks. 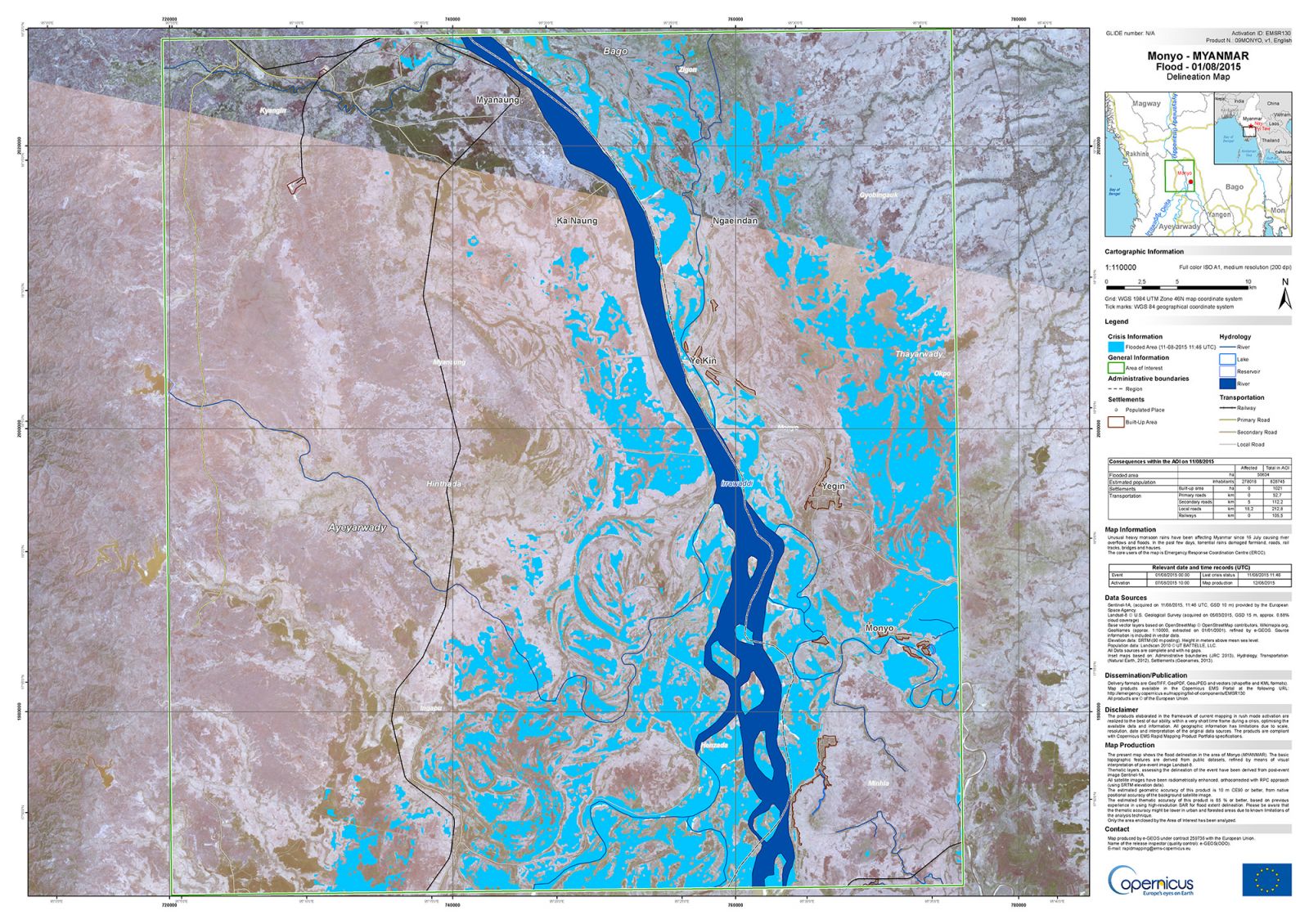 86.9 mm (3.4 inches) of rainfall was measured in Kyaukpyu in Rakhine State in a 24 hour period ending August 17, 2015, Floodlist reports. Chin, Magway, Sagaing and Rakhine are the strongest affected areas. 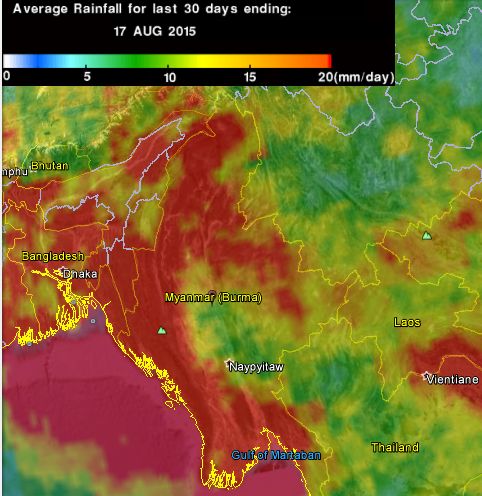 A total damage caused by the floods is yet to be estimated, Ms. Renata Dessallien, a UN Resident and Humanitarian Coordinator in Myanmar stated: “We know that the impact of the heavy rains, floods and landslides are extensive but we are yet to fully determine the extent. Immediate needs are nation-wide with a particular focus on the hardest hit areas of Chin, Magway, Sagaing and Rakhine. But we also know that the flood waters have moved south and evacuations have occurred in Bago and Ayeyarwaddy.”

Over 773 000 acres (312 822 hectares) of farmland has been damaged so far, according to OCHA. At least $47 million is required for the emergency response, aid agencies have estimated. UNICEF had helped in delivering 860 000 water purification tablets and 6 000 hygiene kits, so far.

The Ministry of Social Welfare, Relief and Resettlement provided over $448 000 in food supplies, building materials, relief items and cash to families affected by the floods, as of August 13. Over 123 000 acres of farmland has been replanted so far. Rural communities will require further assistance to rebuild after devastation of this magnitude.

“In the four worst affected states and regions, Chin, Magway, Sagaing and Rakhine, flooding has hit those who were already among the most vulnerable in the country,” UNICEF Acting Representative in Myanmar, Shalini Bahuguna, said. “Today we are sending out assessment teams to Bago and Ayeyarwady regions, which have also been affected, so that we can assess the situation and bring aid to those who need it.”

The European Commission has also provided emergency support of €1 million. Christos Stylianides, EU Commissioner for Humanitarian Aid and Crisis Management said: “The EU stands by the people affected by the floods both in Myanmar and Bangladesh. With more rain on its way, the key priority now is to make sure people are safe – and then to help them rebuild their livelihoods. Our new humanitarian funding will help provide immediate help to those in need through our partners on the ground.”

“The deadly flooding in Myanmar threatens vulnerable communities with little to no access to health services,” said Joe DiCarlo, MTI’s vice president of programs. “We’re assessing the situation and have someone on the ground working with our partners to provide essential emergency care for those affected by the flooding.”