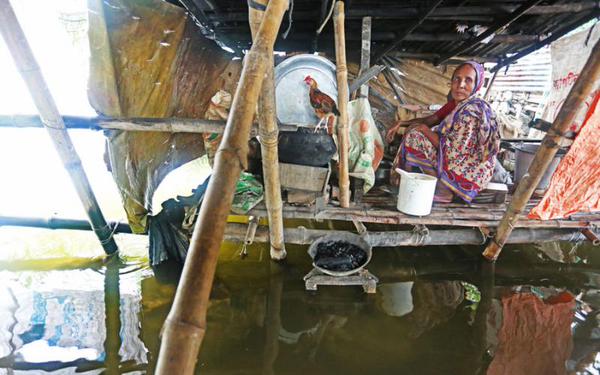 Tropical Storm "Komen" made landfall on July 30, 2015 near Chittagong, southern Bangladesh. The areas already affected with severe flooding and mudslides are now endangered again by the heavy rainfall, strong wind gusts and rough seas. So far, at least 33 people were reported dead in two countries in south Asia. 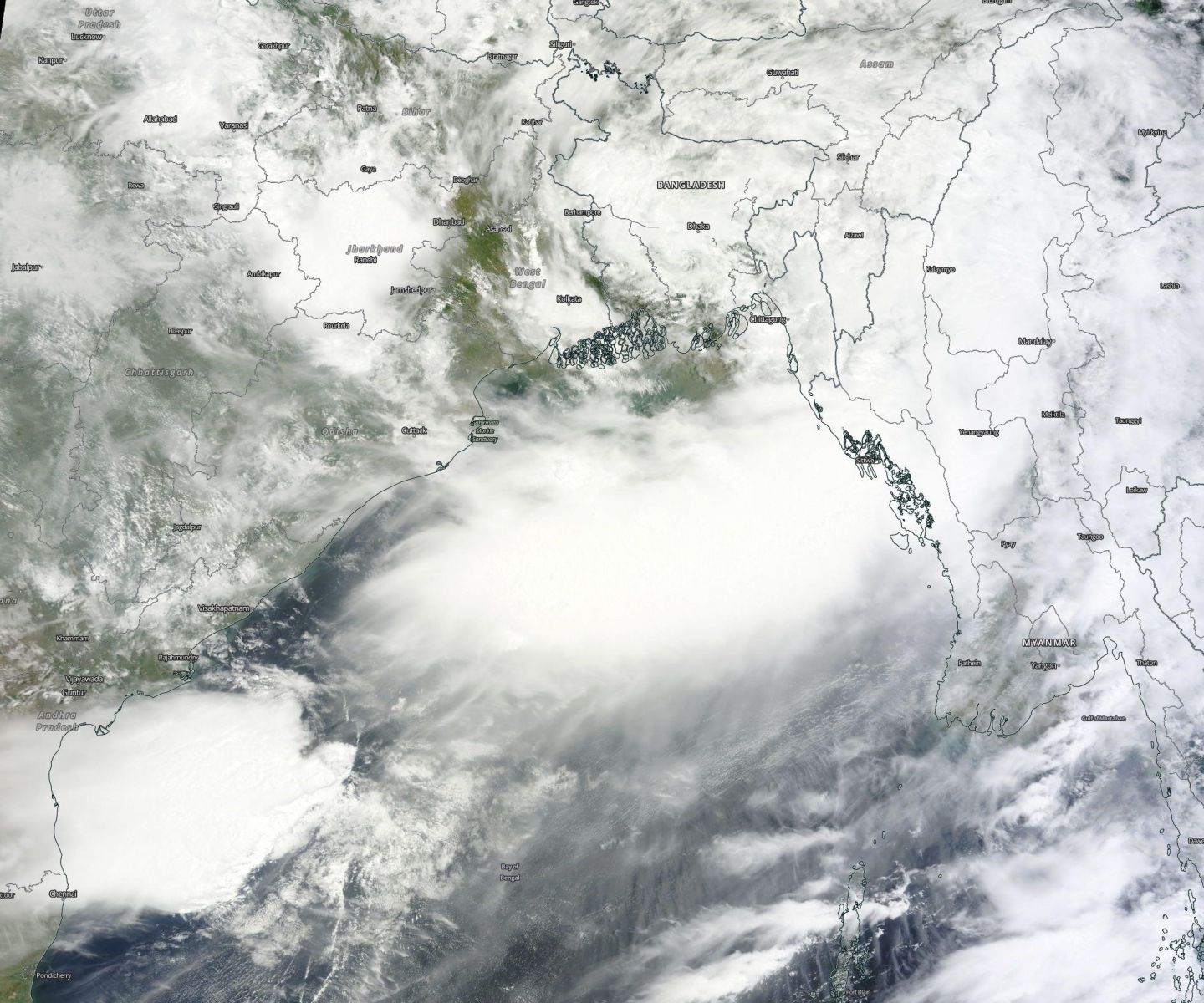 Heavy rainstorms have affected the eastern India State of West Bengal, as a red warning was issued for severe rainfall and strong wind gusts in the States of Odisha and West Bengal, on July 31. In Myanmar, at least 20 people died in flood related incidents and around 17 000 homes were devastated as of July 27.

IHH is getting ready to send aid to #Rohingyas affected by the floods in Bangladesh and Myanmar. pic.twitter.com/VZgScaEpxv

The cyclonic depression moved west-north westwards, and lay centered about 35 km (22 miles) east of Jessore, Bangladesh at 12:00 UTC, July 31. It is expected to move west-northwestwards and further weaken into a well marked low over the next 24 hours, according to India Meteorological Department.

Wind speeds are expected between 35 and 45 km/h (22 and 28 mph) in the regions of West Bengal and north Odisha over the next 24 hours. 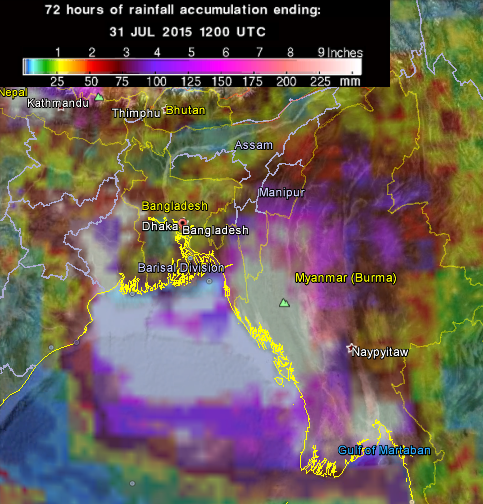 Rainfall at most places with moderately heavy and very heavy rainfall is expected across the isolated areas of Gangetic West Bengal, north and south Odisha, Jharkhand, north Chhattisgarh and east Madhya Pradesh on July 31 and August 1. Moderately heavy to very heavy rainfall is forecasted for a few places in Chhattisgarh and Madhya Pradesh on August 2 and 3.

Precipitation amounts have been exceptional for this time of year in southern Bangladesh. July's average rainfall accumulation is around 600 mm (24 inches), while this year Chittagong city reported over 800 mm (32 inches) in only 3 days, between July 24 and July 26. In Cox's Bazar over 1 000 mm (40 inches) of rain fell since July 24, exceeding it's monthly average of 924.6 mm (36.40 inches), Bangladesh Meteorological Department climate date reported.

The additional precipitation that is expected to fall will probably only aggravate the flooding in the already affected areas. As the cyclone is expected to move back northwards, the onshore winds will probably affect the westward shores of southeast Bangladesh, pushing waters from the Bay of Bengal onshore, thus preventing the overflowing rivers from emptying excessive water amounts into the sea.