The agency added it was unable to receive seismic data of the eruption due to technical problems with its transmission equipment, and details of the eruption's impacts are still unclear.

The town of Bogia has been coated in ash, and residents are being told to avoid venturing into the four main valleys.

More than 5 000 people living on the island are being evacuated to the Madang mainland.

Two injuries have been reported so far. 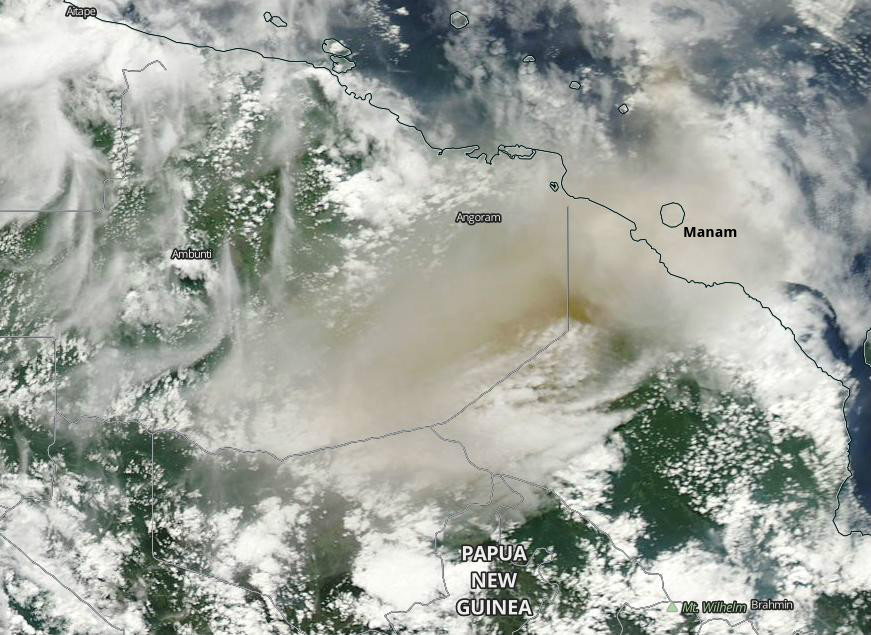 This is the first such eruption of this volcano since October 24, 2004. In November 2004, eruption of Manam volcano killed 5 people and forced more than 9 000 to evacuate.

The 10-km-wide island of Manam, lying 13 km off the northern coast of mainland Papua New Guinea, is one of the country's most active volcanoes. Four large radial valleys extend from the unvegetated summit of the conical 1807-m-high basaltic-andesitic stratovolcano to its lower flanks. These "avalanche valleys" channel lava flows and pyroclastic avalanches that have sometimes reached the coast. Five small satellitic centers are located near the island's shoreline on the northern, southern, and western sides.

Two summit craters are present; both are active, although most historical eruptions have originated from the southern crater, concentrating eruptive products during much of the past century into the SE valley. Frequent historical eruptions, typically of mild-to-moderate scale, have been recorded since 1616. Occasional larger eruptions have produced pyroclastic flows and lava flows that reached flat-lying coastal areas and entered the sea, sometimes impacting populated areas.