An area of low pressure has been lingering in the Bay of Bengal for days before it finally developed into a Tropical Storm "02B" and then into Tropical Storm "Komen" on July 29, 2015. Bangladesh was already soaked by monsoon rainfall before Komen started drenching the area. 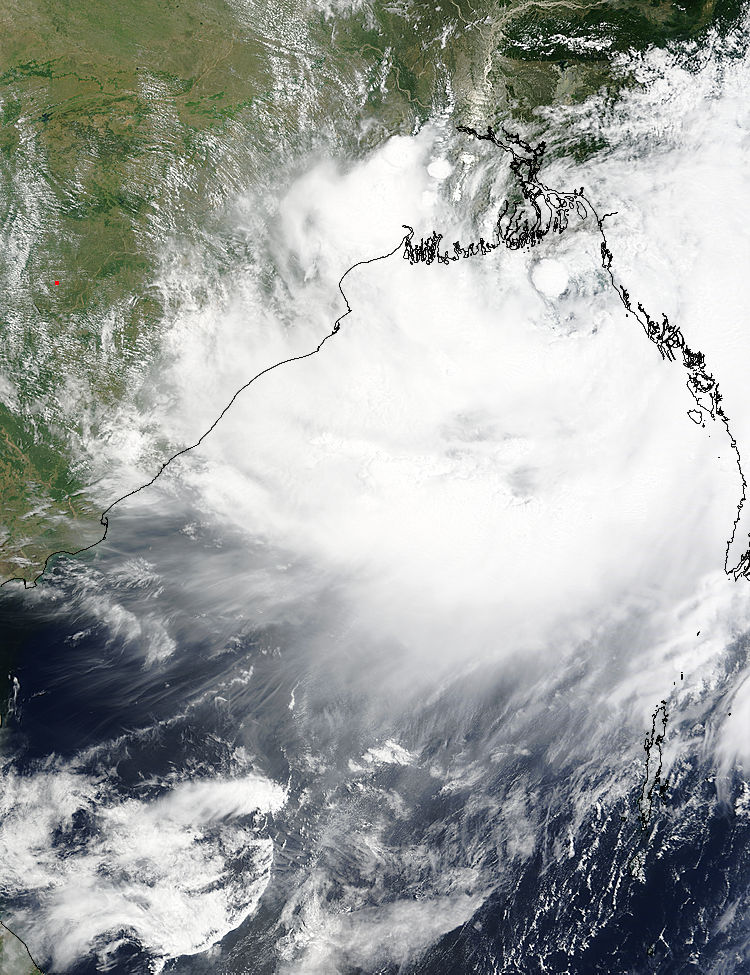 The Regional Specialised Meteorological Centre in New Delhi, India noted that the northern part of the system is interacting with dry air which accounts for the lack of clouds in that quadrant as seen in the MODIS imagery. 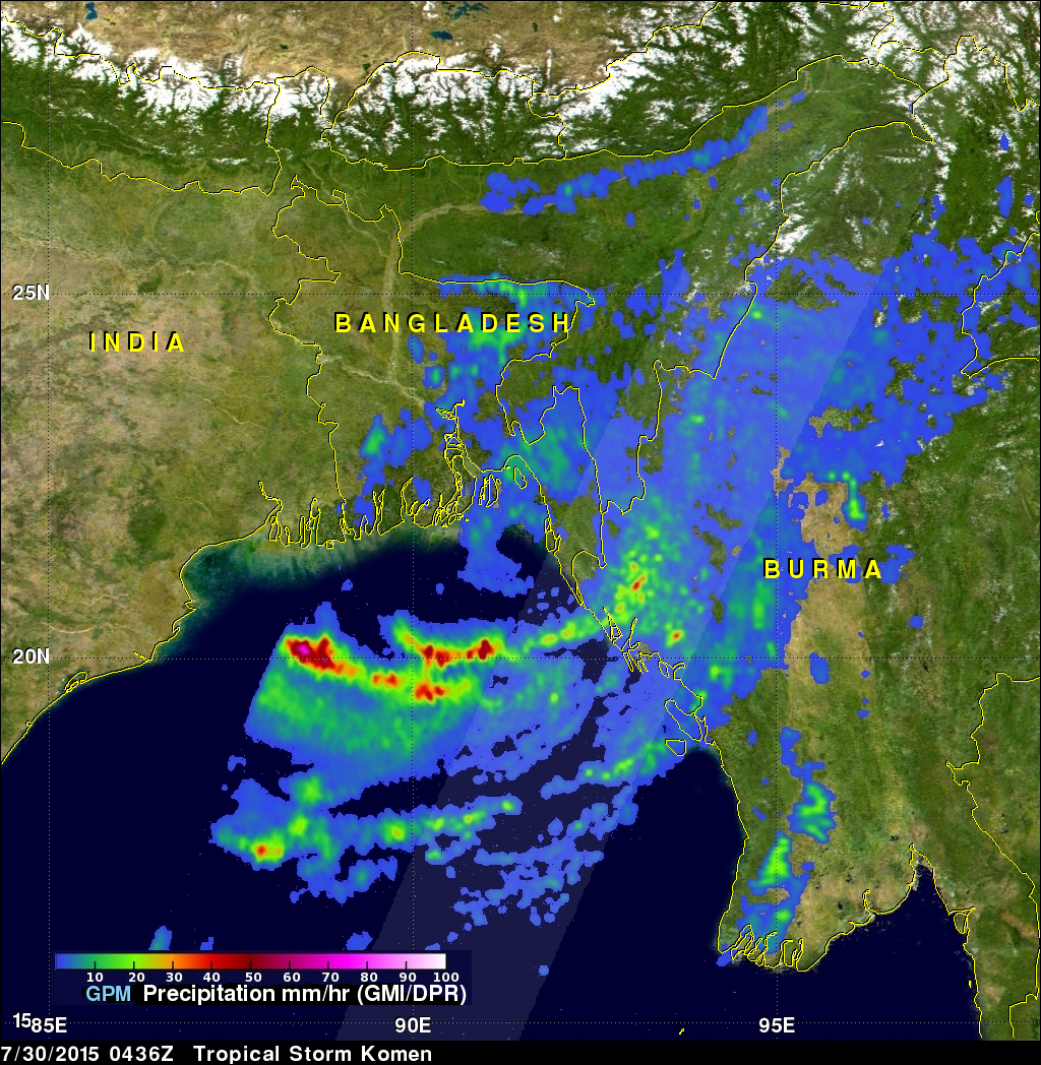 GPM saw rain falling in Komen on July 30 at the extreme rate of close to 150 mm (5.9 inches) per hour in powerful storms situated over the Bay of Bengal. Credits: NASA/JAXA/SSAI, Hal Pierce.

DPR (Ku band) radar data were used in a simulated cross section through storm tops associated with tropical storm Komen. GPM's radar saw that some of the cloud tops were reaching heights above 15.9 km (9.9 miles) in the intense thunderstorm feeder bands located over the Bay of Bengal. Those "feeder bands" of thunderstorms were spiraling into the center of Komen's circulation. 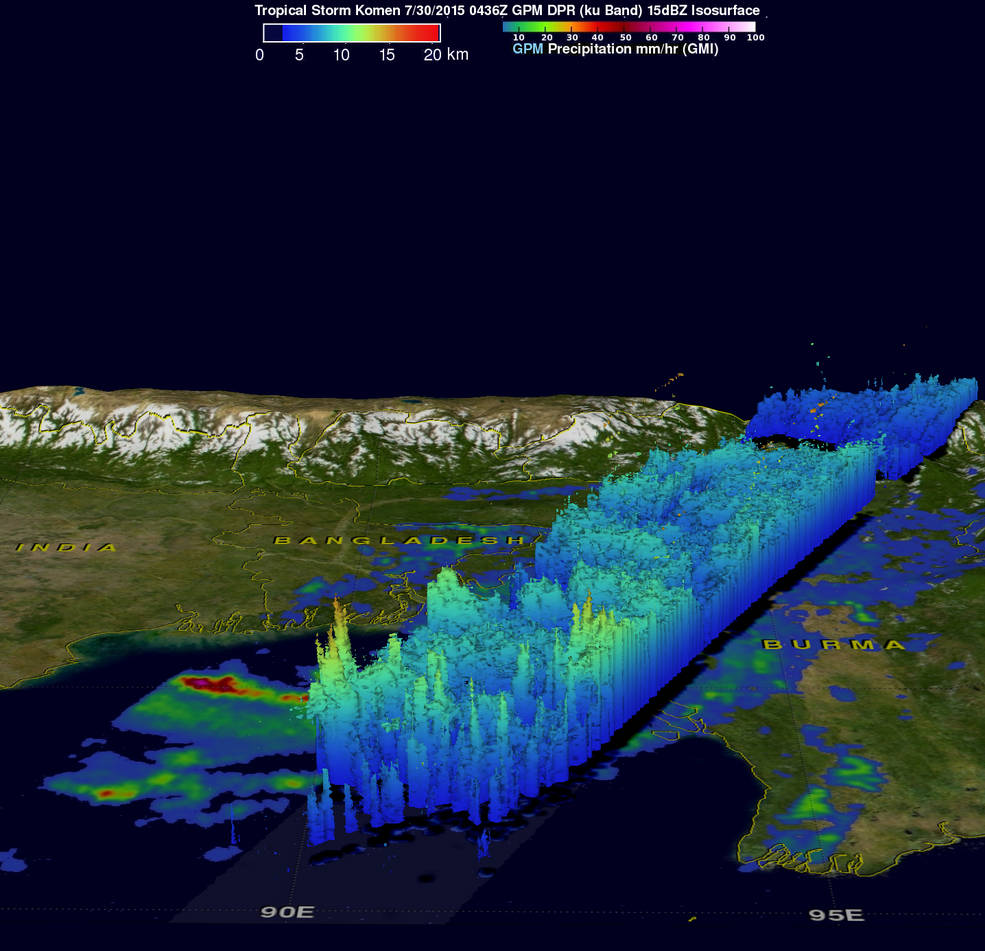 On July 30, GPM saw cloud tops above 15.9 km (9.9 miles) high in bands of thunderstorms over the Bay of Bengal and wrapping into Komen's center. Credits: NASA/JAXA/SSAI, Hal Pierce.

Since making landfall, Komen weakened to a tropical depression and is dissipating over Bangladesh as it moves to the northwest and further inland.