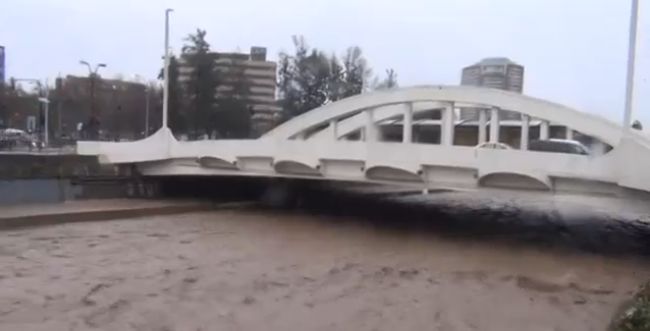 Heavy rainfall and strong winds have battered the northern cities of Santiago and Ocotillo, Chile, during the weekend starting on August 8. The Chilean government has declared the state of emergency in response to the storm. 5 people died in flood related incidents, 1 000 were evacuated from the affected areas and about 25 people reported injuries.

According to the official reports, at least 5 people died in severe flood related incidents. Three people were killed in northern Chile, devastated by strong winds, heavy rains and mudslides. Two people were reported dead in the Valparaiso and Coquina cities, on Saturday, August 8.

The mudslides caused by severe rainstorms in a normally extremely dry area, in Topsoil, have caused around 1 000 people to evacuate from the area. 25 people were injured, 22 moved to the shelter and about 377 homes suffered some extent of damage, according to the officials. The authorities suspended the religious festival of San Lorenzo in the region of Carapace due to severe weather conditions.

Thousands of homes in central and northern parts of Chile remained cut off the power supplies. Over 100 small boats were destroyed by the strong waves in Coquina and 9-meter waves have been reported to damage a number of shops and buildings located on the waterfront in Valparaiso and CIGNA del Mar.

Strong rainfall triggered the mudslides in Biunique, which caused the traffic on several roads, leading to rural areas, to shut-down, according to the local police.

The rainstorm caused the operations at Chupacabra to temporarily suspend, as a safety precaution. This might have potentially caused damage to Chile's copper mining industry, as the country was already hit by floods this year.