A Type IV Radio Emission was observed starting at 16:57 UTC. Type IV emissions occur in association with major eruption on the Sun and are typically associated with strong CMEs.

Additionally, a 10cm Radio Burst lasting 39 minutes with peak flux of 2 200 sfu was associated with this event. This indicates that the electromagnetic burst associated with a solar flare at the 10cm wavelength was double or greater than the initial 10cm radio background. It can be indicative of significant radio noise in association with a solar flare. This noise is generally short-lived but can cause interference for sensitive receivers including radar, GPS, and satellite communications.

An asymetric, full-halo CME was first observed in SOHO/LASCO C2 imagery at 17:24 UTC on June 18. Analysis and a WSA-Enlil model run indicate a likely glancing blow at Earth late on June 21/early June 22. 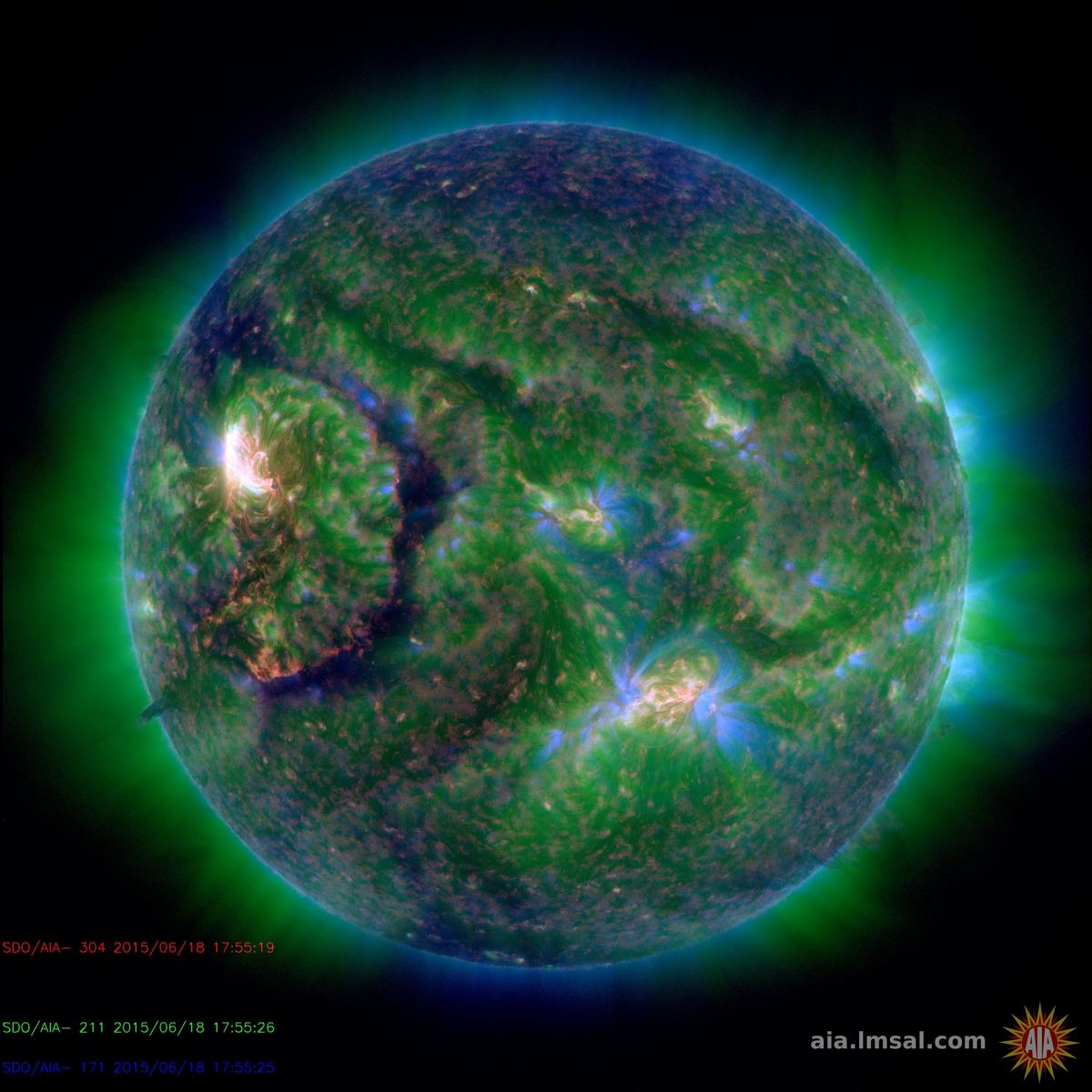 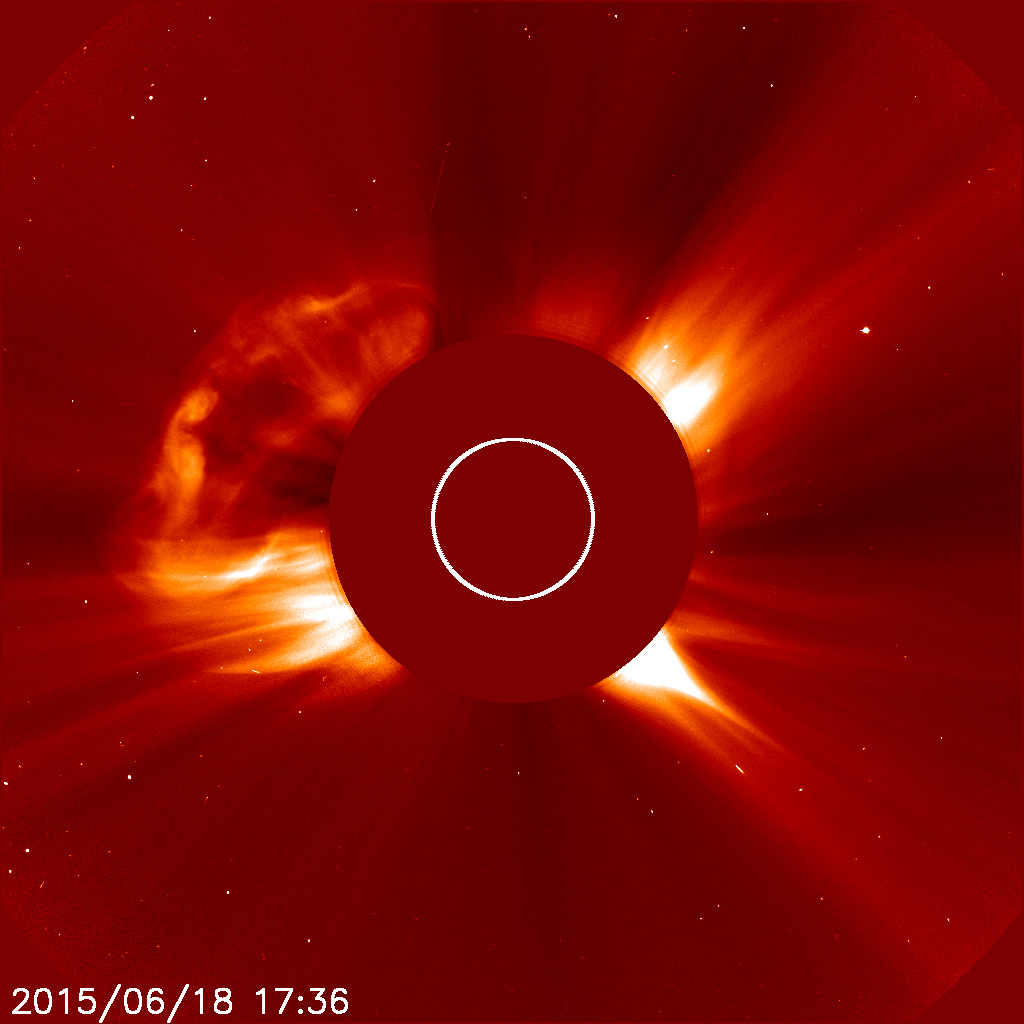 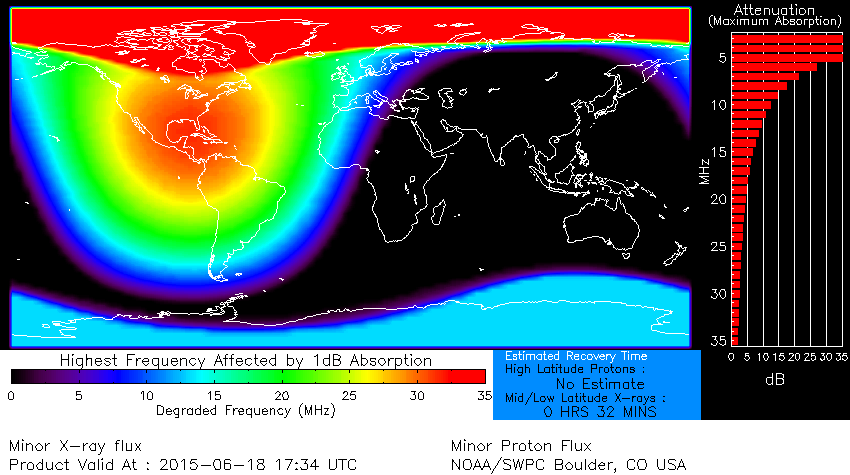 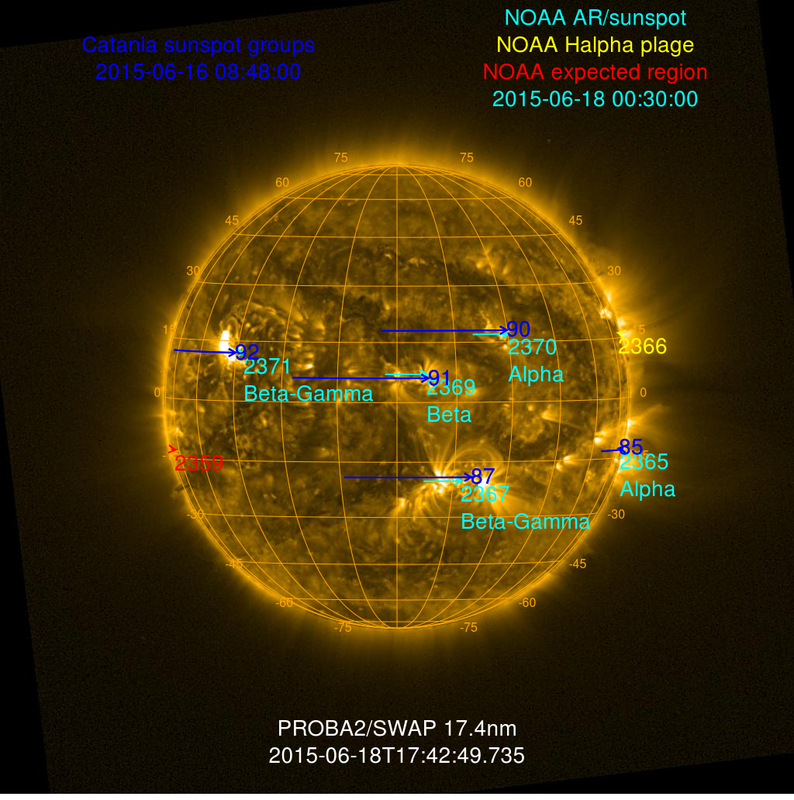 Region 2365, source of today's M1.2 solar flare and large CME, has rotated off the southwest limb and is starting its farside rotation.

A long duration M1.2 solar flare erupted from the vicinity of departing Region 2365, off the southwest limb, at 01:27 UTC on June 18, 2015. The event produced a large Coronal Mass Ejection (CME) and is currently causing solar radiation storm on Earth, reaching S1 (Minor) levels.

The CME is directed away from the Sun-Earth line, but both proton and electron flux are currently on the rise. They are expected to subside towards moderate and background levels by June 20, 2015.