After Tropical Storm "Bill" made landfall along the coast of southern Texas on Tuesday, June 16 its remnants continued NW and brought heavy rain and thunderstorms to central Texas and Oklahoma on June 17 and 18 causing flash flooding across the region.

Tropical Storm "Bill" was formed early June 16, 2015 triggering a Tropical Storm Warning for the area from Baffin Bay to High Island as it was heading toward landfall. The grounds of Texas and Oklahoma are already saturated from recent flooding in May and are now experiencing more heavy rain. National Weather Service hydrologists and meteorologists warned that the remnants of Bill could cause new floods in the same rivers that spilled over their banks during recent weeks.

​This animation of GOES-East satellite imagery from June 16 to 18 shows the post-tropical storm Bill moving over Texas, Oklahoma and moving into the Ohio Valley. Credits: NASA/NOAA GOES Project.

On Wednesday, June 17 at 15:00 UTC, the center of "Bill" was located about 64 km (40 miles) south of Fort Worth, Texas. It was continually moving further inland across northern Texas towards the Dallas-Forth Worth Metropolitan Area, with maximum sustained winds near 55 km/h (35 mph) and minimum central pressure of 1 002 hPa.

The motion was expected to bring the center of "Bill" across the Dallas-Forth Worth area later in the day, enter the eastern Oklahoma on Thursday and reaching southern Missouri on Friday, June 19 where it was expected to gradually weaken.

This visualization of data from NASA/JAXA's GPM satellite shows rainfall over Texas as Tropical Storm Bill further drenched the state with rain on June 17, 2015 at 6:11 UTC. Shades of blue indicate frozen precipitation in the atmosphere and shades of green (lighter) to red (heaviest) show liquid precipitation. Credits: NASA/JAXA/SSAI, Hal Pierce. 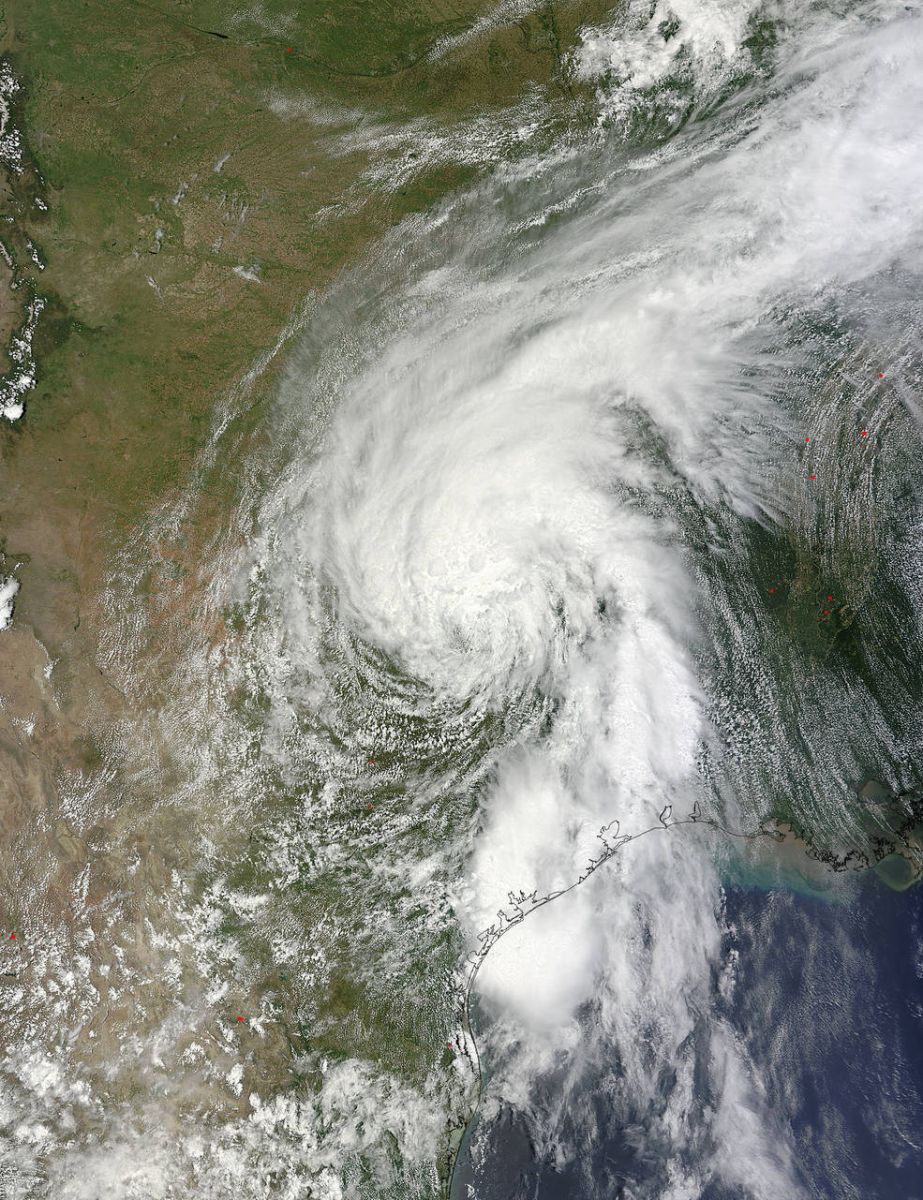 On Thursday, June 18 at 15:00 UTC, the center of Tropical Depression "Bill" was located about 135 km (84 miles) east-southeast of Oklahoma City, Oklahoma. The storm continued to maintain a well defined cyclonic circulation with maximum sustained winds near 40 km/h (25 mph) and minimum central pressure of 1002 hPa.

Moderate to heavy rainfall was reported north and west of the center. Heavier rain bands were moving very slowly from south central Texas towards northeast into northwest Lousiana where flash flooding warning was put in effect.

"Bill" began to turn northeast and is expected to move through southeastern Oklahoma through Thursday.

By Friday, June 19 the center of Bill will be in southern Missouri. It will continue to weaken over the next few days.

Flood advisories were posted from Arkansas and Oklahoma into Illinois. High water could last into the weekend.