For the second time in just a few days, noctilucent clouds (also known as NLCs) have been sighted in Germany, SpaceWeather reports. Although their northern season is just getting underway, researchers aren't sure why these early NLCs seem to favor German longitudes. 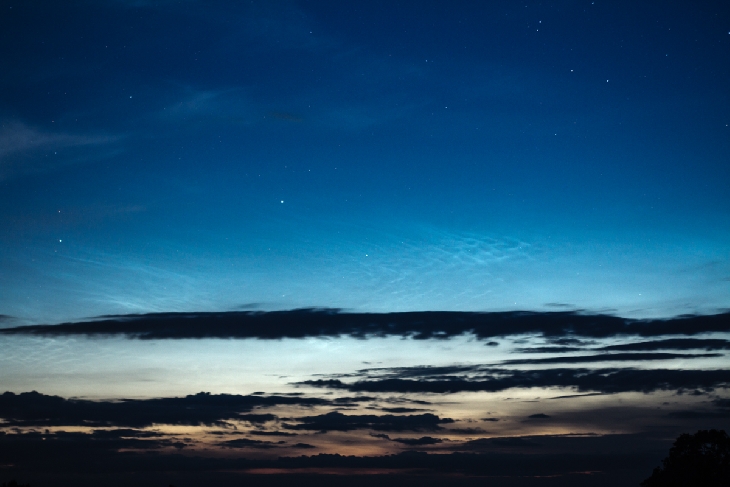 "These second noctilucent clouds of the season appeared shortly after astronomic midnight and rose over the horizon for about two hours before disappearing in the morning twilight," says Kranich.

Noctilucent cloud season, which begins every year in late spring and stretches into summer, is just getting underway. NASA's AIM spacecraft saw the first NLCs of the northern season on May 24th. Ground-level sightings followed soon thereafter – first on May 30 and then on June 3. So far all of the sightings reported to spaceweather.com have come from Germany.

AIM researchers aren't sure why these early NLCs seem to favor German longitudes, but they're looking into it.