Overall, the population in this region resides in structures that are a mix of vulnerable and earthquake resistant construction. The predominant vulnerable building types are mud wall and unreinforced brick masonry construction. Recent earthquakes in this area have caused secondary hazards such as landslides that might have contributed to losses.

USGS reader from Mexico City (277 km from epicenter) wrote: "The quake in itself was not as bad as the one two weeks ago. I got worried because it lasted longer… at least it seemed like it. Nothing damaged, but some things fell of the contraption I use to dry my dishes." 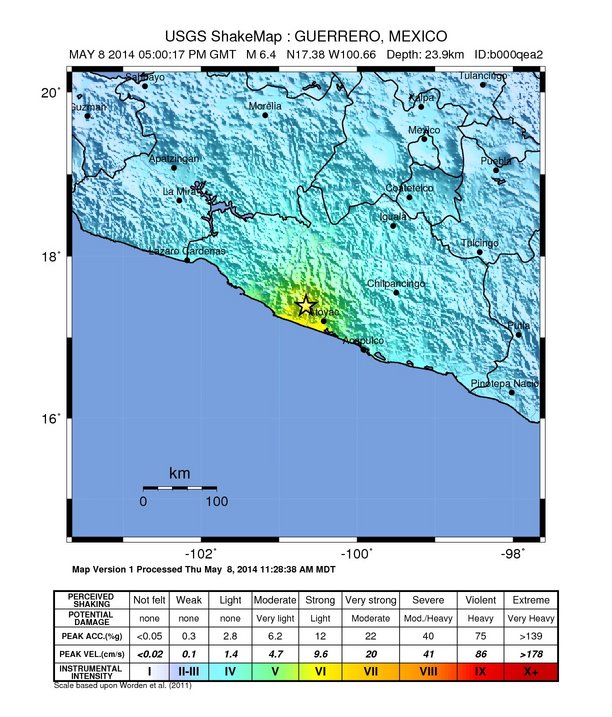