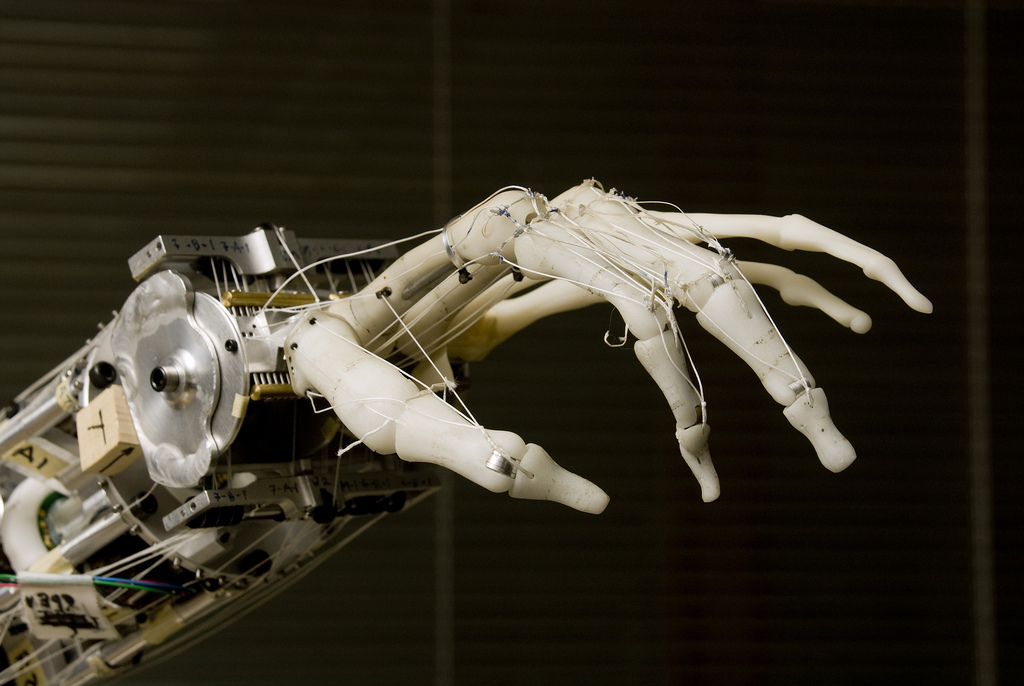 They are known from science fiction novels and films – technically modified organisms with extraordinary skills, so-called cyborgs. This name originates from the English term "cybernetic organism". In fact, cyborgs that combine technical systems with living organisms are already reality. The KIT researchers Professor Christof M. Niemeyer and Dr. Stefan Giselbrecht of the Institute for Biological Interfaces 1 (IBG 1) and Dr. Bastian E. Rapp, Institute of Microstructure Technology (IMT), point out that this especially applies to medical implants.

In recent years, medical implants based on smart materials that automatically react to changing conditions, computer-supported design and fabrication based on magnetic resonance tomography datasets or surface modifications for improved tissue integration allowed major progress to be achieved. For successful tissue integration and the prevention of inflammation reactions, special surface coatings were developed also by the KIT under e.g. the multidisciplinary Helmholtz program "BioInterfaces".

Progress in microelectronics and semiconductor technology has been the basis of electronic implants controlling, restoring or improving the functions of the human body, such as cardiac pacemakers, retina implants, hearing implants, or implants for deep brain stimulation in pain or Parkinson therapies. Currently, bioelectronic developments are being combined with robotics systems to design highly complex neuroprostheses. Scientists are working on brain-machine interfaces (BMI) for the direct physical contacting of the brain. BMI are used among others to control prostheses and complex movements, such as gripping. Moreover, they are important tools in neurosciences, as they provide insight into the functioning of the brain. Apart from electric signals, substances released by implanted micro- and nanofluidic systems in a spatially or temporarily controlled manner can be used for communication between technical devices and organisms.

BMI are often considered data suppliers. However, they can also be used to feed signals into the brain, which is a highly controversial issue from the ethical point of view. "Implanted BMI that feed signals into nerves, muscles or directly into the brain are already used on a routine basis, e.g. in cardiac pacemakers or implants for deep brain stimulation," Professor Christof M. Niemeyer, KIT, explains. "But these signals are neither planned to be used nor suited to control the entire organism – brains of most living organisms are far too complex."

Brains of lower organisms, such as insects, are less complex. As soon as a signal is coupled in, a certain movement program, such as running or flying, is started. So-called biobots, i.e. large insects with implanted electronic and microfluidic control units, are used in a new generation of tools, such as small flying objects for monitoring and rescue missions. In addition, they are applied as model systems in neurosciences in order to understand basic relationships.

Electrically active medical implants that are used for longer terms depend on reliable power supply. Presently, scientists are working on methods to use the patient body's own thermal, kinetic, electric or chemical energy.

In their review the KIT researchers sum up that developments combining technical devices with organisms have a fascinating potential. They may considerably improve the quality of life of many people in the medical sector in particular. However, ethical and social aspects always have to be taken into account.