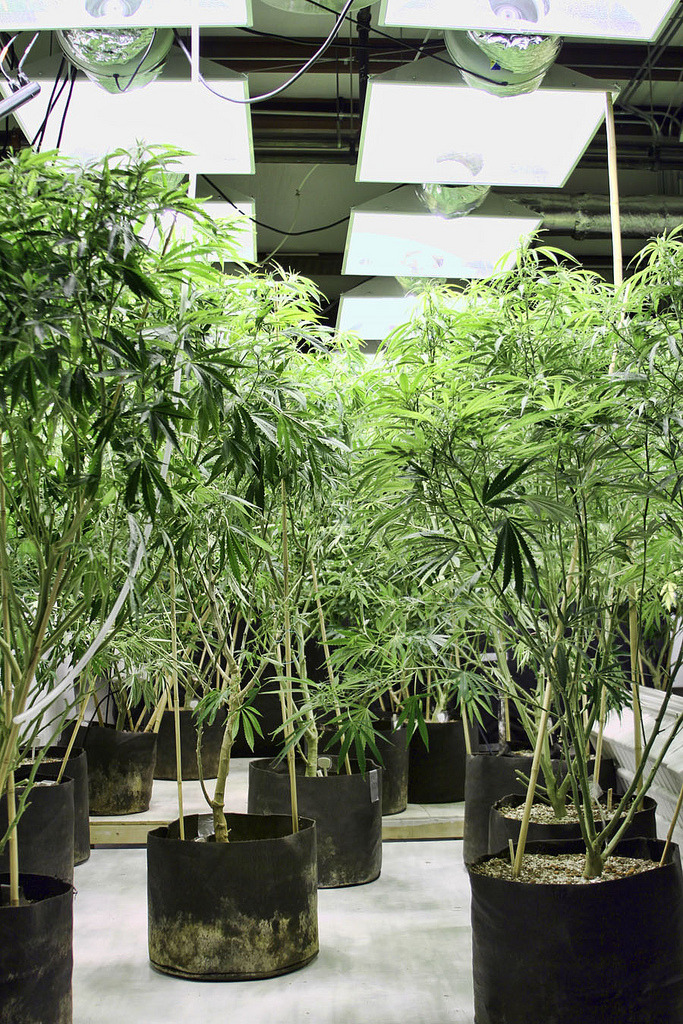 As the American economy continues to limp along in near-stagnancy, the few states that have repealed their nonsensical prohibition of cannabis are experiencing major economic boons. A new report released by the marijuana advocacy group Arcview Market Research reveals that the legal marijuana market in the U.S. is now the fastest growing industry in the country, topping even the rapid growth rate of the smart phone market.

The report found that the legal marijuana industry, which includes growers, dispensaries and various ancillary businesses and suppliers, will grow by about 64 percent in 2014, rising in overall market value from $1.44 billion to roughly $2.34 billion. By comparison, the smart phone market, which is among the fastest growing industries in the country, grew by only 46.5 percent between the years of 2012 and 2013.

"Cannabis is one of the fastest-growing industries," says Steve Berg, editor of the new report. "Domestically, we weren't able to find any market that is growing as quickly."

Though the overall size of the smart phone market is considerably larger, the marijuana market is currently growing at a faster rate than the smart phone market, an undeniable fact that the Arcview team hopes will further spur the vast potential of this fresh, new industry. The marijuana market, after all, is only in its infancy and still has considerable room to grow, as the social and government stigmas that have long kept it illegal continue to fade into obscurity.

By 2018, national market for marijuana to increase by more than 700 percent

"There has been a seismic shift in public attitudes towards marijuana," says Berg, noting that, as public opinion continues to change, local and state laws are likely to follow. "Younger voters will become a bigger proportion of the overall voting base. It begins with shifts in attitudes and that translates to initiatives."

If the Arcview team's predictions come to fruition, then the national market for marijuana will experience massive growth that will considerably outpace all other industries by a long shot. By 2018, the group says, the collective cannabis market will top $10.2 billion, producing more jobs, more freedom and, most notably, more public access to an all natural plant with proven health benefits, which means far less disease and dependency on an already overburdened medical system.

"This industry is professionalizing and seeing an influx of professionals from other industries," Berg points out. "More and more investors are coming in and financing these businesses, which have more and more markets to serve."

As usual, the biggest roadblock to full cannabis freedom for all Americans is the increasingly tyrannical federal government, which continues to waste billions of taxpayer dollars incarcerating non-violent offenders and raiding medical marijuana dispensaries. In California alone, federal jackboots have been complicit in shutting down some 150 legal dispensaries since 2010 and more recently made their presence known in Colorado by staging raids on multiple dispensaries in Denver.

You can view a free executive summary of the new Arcview report by visiting:
http://www.arcviewmarketresearch.com.

Republished with permission from NaturalNews
Written by Ethan A. Huff