Northern Europe is bracing for powerful storm system expected to reach land by the middle and end of the week. The system will begin to organize on Tuesday, December 3, near southern Greenland and move eastward toward Scotland, Scandinavia and northern mainland Europe.

Storm-force winds in excess of 100 km/h, rain and snow are expected from Wednesday to Friday.

This system will have a more northern track than the severe storm which struck southern UK on October 27th. 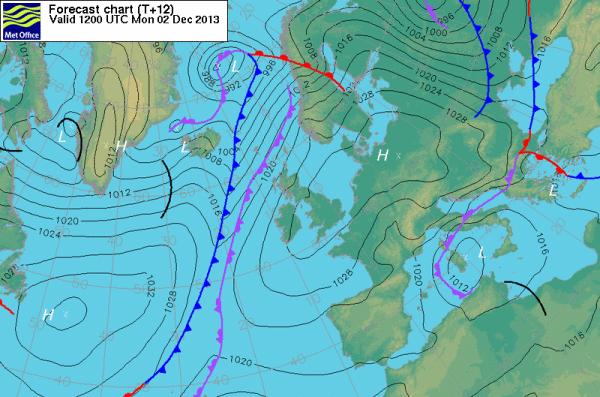 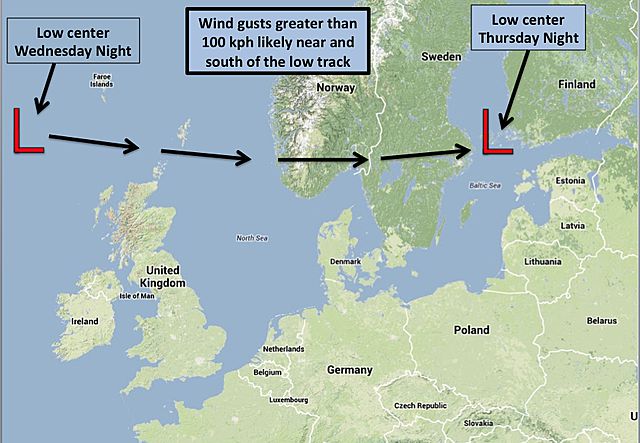 The above graphic, prepared by an AccuWeather.com meteorologist using Google Maps, shows the expected track of the low pressure from Wednesday night through Thursday night of this week. The strongest winds are likely to occur near and to the south of the low track. Image credit: Google Maps/AccuWeather

If the storm achieves its full potential, scattered power outages as well as some wind damage are likely in the regions that experience the strongest winds, AccuWeather reports.