Moderate M1.6 solar flare erupted from Sunspot 1884 at 22:21 on November 2, 2013. Active Region 1884 is now located at the center of the visible solar disk and any strong eruptions can generate Earth-directed plasma cloud. 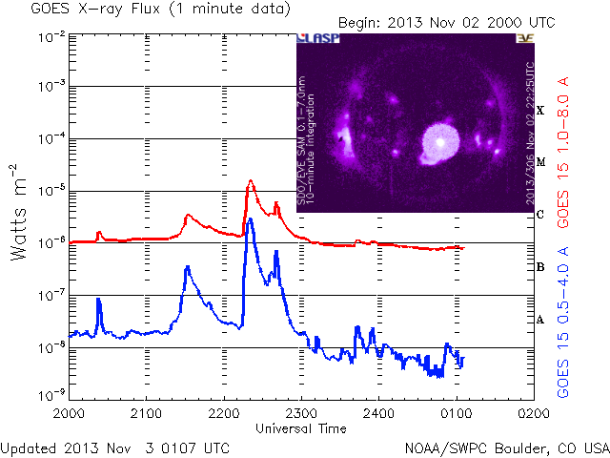 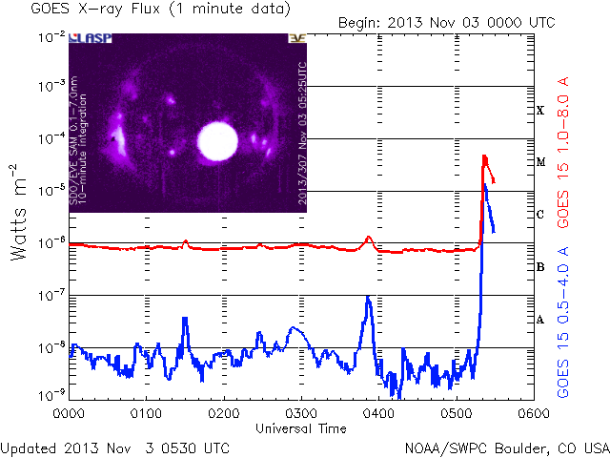 This region was responsible for an impulsive M6.3 flare on November 1, 2013. Active Region 1884 is currently only beta-gamma-delta class sunspot group and also the biggest sunspot group on the visible solar disk.

Active Region 1885 (located just beneath AR1884) produced a C8.2 flare at 04:46 UTC. No Earth-directed coronal mass ejections (CMEs) were observed through the day.

Earlier during the day, a moderate solar flare was detected around old sunspot 1875, which is now at the farside of the Sun. A full halo coronal mass ejection (CME) was detected by LASCO C2, but considering the location of the sunspot, there are no any danger to our planet. 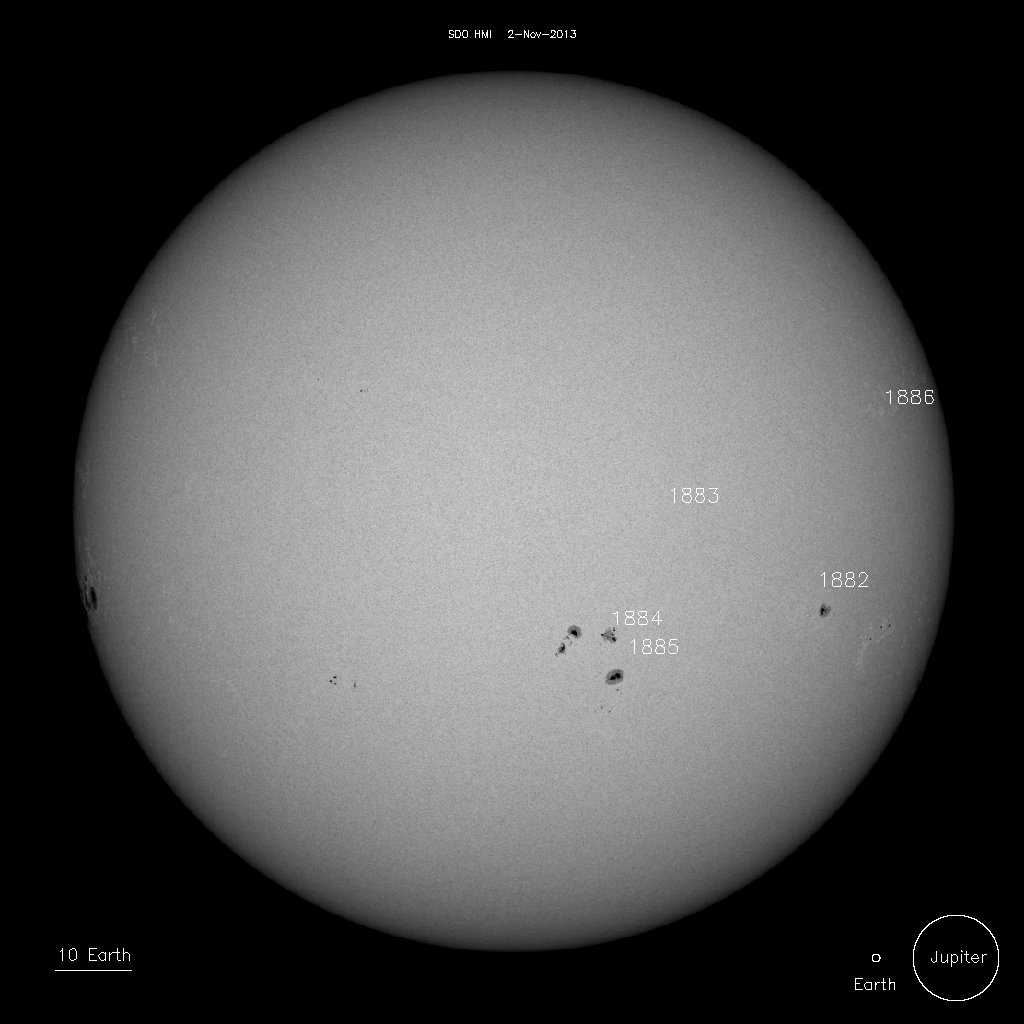 There are currently 5 numbered sunspots of the Earthside of the Sun. Two new regions were numbered but remained unimpressive and stable. NOAA/SWPC forecasters estimate 35% chance of an M-class and 5% chance of an X-class solar flares in the next 24 hours.