Tropical Cyclone Haruna (16S) in South Indian Ocean, is forecast to increase in intensity in the next 24 hours to a peak of 100 knots, gusting up to 125 knots. Increasing vertical wind shear and land interaction will begin to weaken the system in the next 24 hours.

According to latest report by Joint Typhoon Warning Center (JTWC), Tropical Cyclone Haruna is located approximately 380 nm southwest of Antananarivo, Madagascar, has tracked southeastward at speed of 03 knots, generating 7.6 meter-high (25-foot-high) waves. Animated infrared satellite imagery shows the system continued to deepen as it maintained a large and symmetrical 30-nm eye. Upper level analysis indicates the system is just to the west of an anticyclone in an area of low (05-10 knot) vertical wind shear and excellent radial outflow. 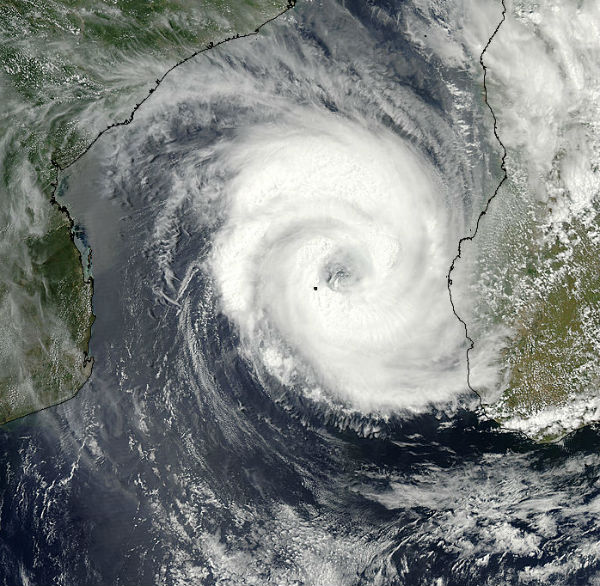 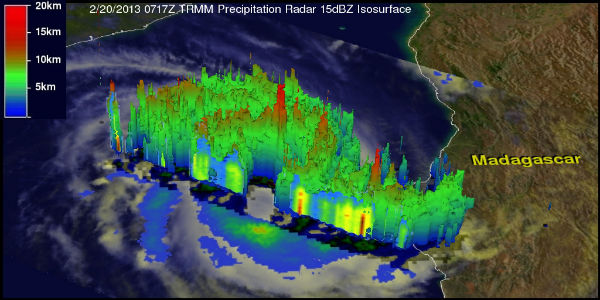 The system will peak intensity over the next 24 hours as the along-track environmental conditions remain favorable. Haruna is forecast to begin extra-tropical transition as it tracks into cooler waters (less than 26 degrees Celsius) southeast of Madagascar. Interaction with the rugged terrain of southern Madagascar, increasing vertical wind shear and cooling sea surface temperatures will gradually erode the system. 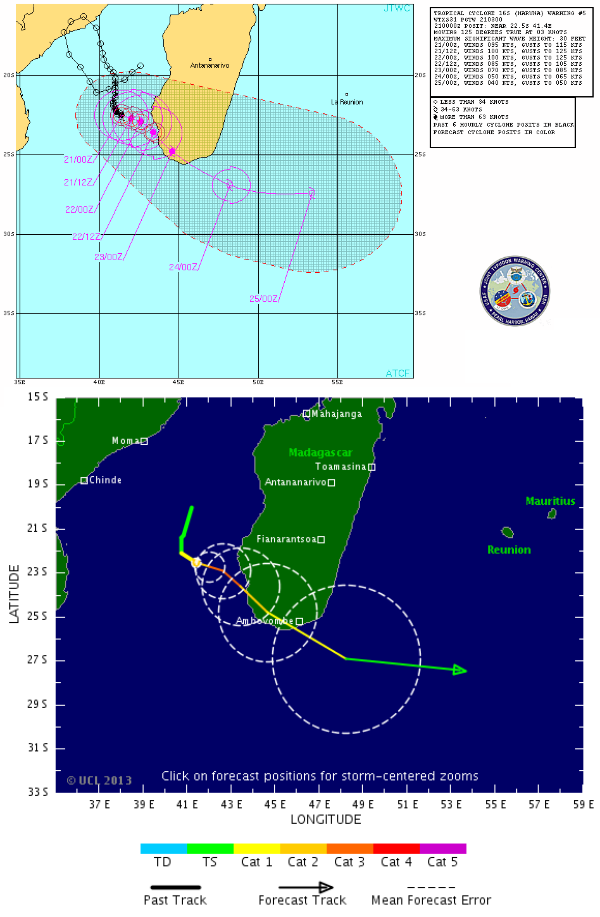 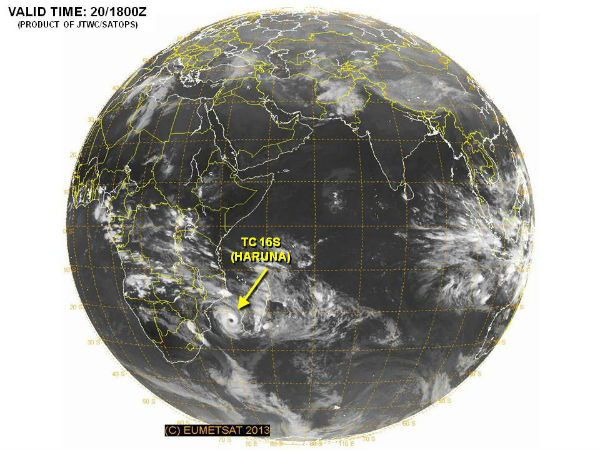