This area has history of strong earthquakes due to the subduction of the Nazca plate below the South American plate.  The Nazca plate moves to the east and hangs here and there. When the stress gets too big, the earthquakes occur. No Tsunami alert has been issued yet, though people are evacuating beaches.

The epicenter area itself is almost unpopulated with only a few scattered houses in Carrizal Alto. A landslide on the north side of Vallenar made the road to be closed. Tremors were felt as far as Sentiago, a city 600 km away. There are no reports of any injuries so far. No casualties were reported so far. 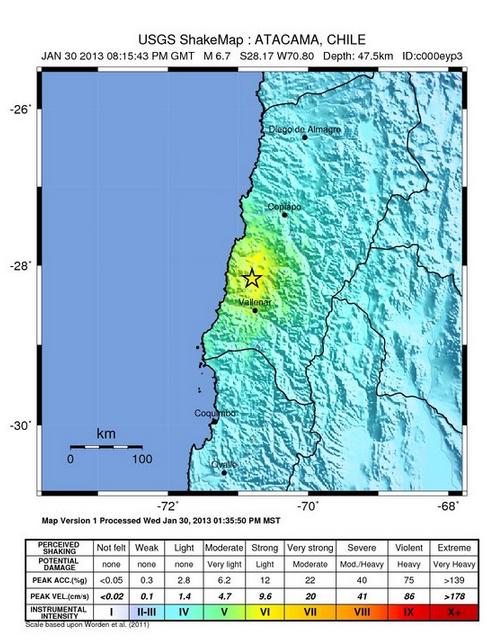