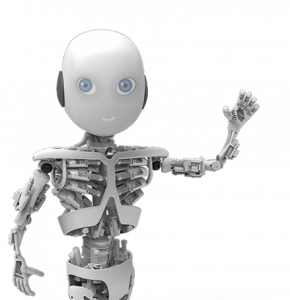 Artificial Intelligence Laboratory of the University of Zurich envisaged new class of service robots – Roboy – advanced humanoids covered with “soft skin” and having tendon-driven mechanism for almost human-like movement. Project was started in June this year and is being financed by crowd funding. A team of 40 engineers and scientists are presently working on this project, which was started with a goal of completion in 9 months.

Roboy will be a service robot – a type already being utilized for household chores, survellience work/cleaning, hospitals and many more automated tasks. Service robots are deployed to execute services independently for our convenience, implying they share living space with us. Hence roboticists suggest user-friendliness and safety are of paramount importance in context of service robots. This made “soft robotics” important, which will be  soft to the touch, soft in their interaction and having soft and natural movements. Roboy will be covered with “soft skin,” making interacting with him safer and more pleasant.

Head of the humanoid was selected by asking Roboy’s Facebook friends in a poll to suggest which design they liked the most among different designs. It is notable that Roboy’s development is being conducted open source as official website states. It further says,

“This means that all expertise, ideas and inventions will not belong to a specific partner exclusively and every one will have the right to advance ROBOY’s technologies. ROBOY will be the ideal research platform for pioneering research in robotics and will be advanced even further at the AI Lab and other leading research institutions after ROBOTS ON TOUR.”

Complete documentation of Roboy’s development and further detailed information about the developed technologies will be made available in March 2013 and around the same time Roboy will be unveiled at the Robots on Tour in Zurich.