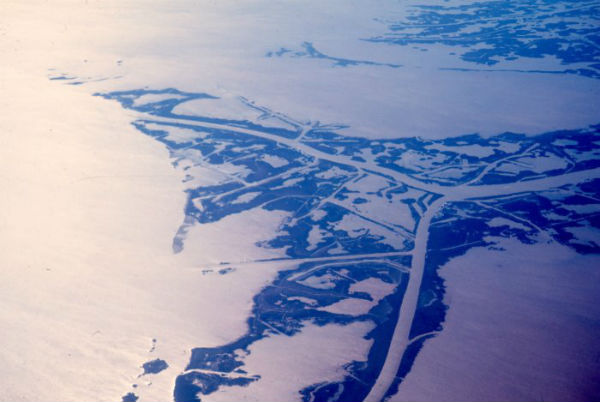 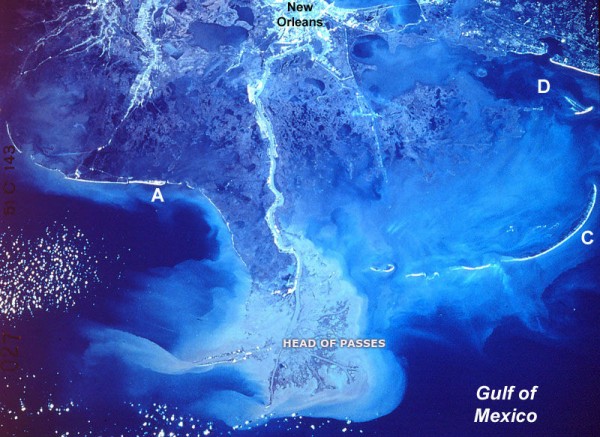 USACE reports that the intrusion of saltwater upstream into the Mississippi River is a naturally occurring periodic condition. The river’s bottom profile is deeper that the Gulf of Mexico water surface level up to about 25 km (15 miles) downstream of Natchez, Mississippi. Denser saltwater flows upstream along the bottom of the river underneath the less dense fresh river water. Saltwater’s upriver travel can affect municipal drinking water and industrial water supplies. 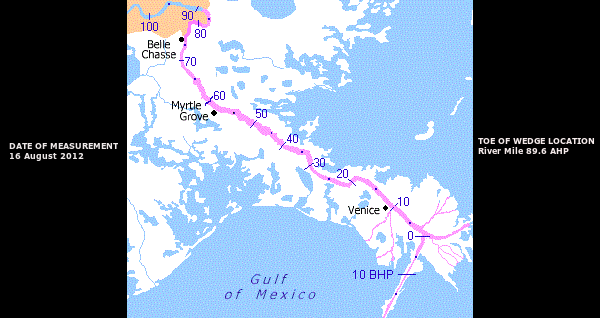 Slowing currents amid one of the most widespread droughts in recent memory has allowed water from the Gulf of Mexico to breach Plaquemines’ water plants and come within six river miles of New Orleans’ own water supply points. Drinking water advisory were issued  as saltwater contaminated water supplies at Dalcour, Belle Chasse, Pointe a la Hache and Port Sulphur. On August 15, Plaquemines Parish issued an advisory to residents living in the parish that high levels of sodium and chloride were being measured in drinking water. Anyone on dialysis and/or low-sodium diets was urged to check with a health care provider about drinking parish water. EPA’s secondary maximum contaminant level for chloride is 250 mg/L. The maximum chloride detected in drinking water in the Port Sulphur area was 362 mg/L. Sodium levels in the parish’s drinking water ranged from 60 mg/L to 200 mg/L , which is far more than the EPA recommendation of no more than 20 mg/L for people on very low sodium diets.

However, Guy Laigast, director of the parish’s Office of Homeland Security and Emergency Preparedness said that the water’s “perfectly safe to drink, it’s just got the elevated salt”. But we advice you to drink safe water instead of elevated salt one. Salty water is denser than fresh, it tends to collect at lower depth.But pipes that pull drinking water from the river tend to draw from those same depths.

The Mississippi River has been closed temporarily as a portion of the submerged pipeline broke during installation. Contractors placed a pipeline in the Mississippi River to build an underwater barrier that the US Army Corps of Engineers (USACE) says will stop the advance of salt water within two weeks of initial construction. U.S. Army Corps of Engineers started work on August 15, positioned at mile marker 64, just below Belle Chasse in order to stop the wedge’s progress. In addition to creating the sill, officials are planning to take 2.5 million gallons of fresh water from farther north in the river (past mile marker 100 ) and carry it by barge southward, then suck it into water treatment facilities. The underwater sill has been created twice before, first in 1988 and again in 1999. 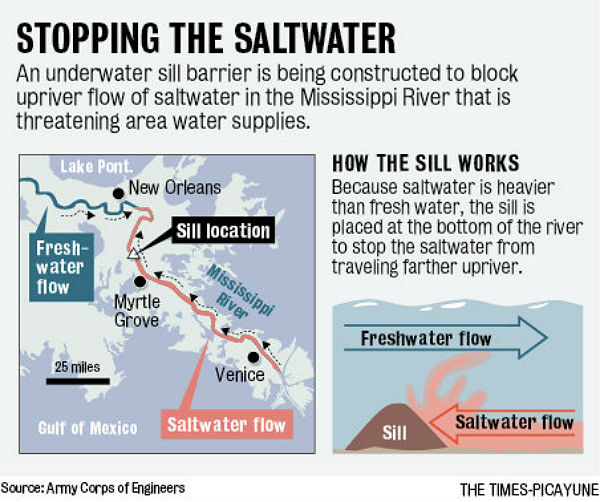 U.S. Department of Agriculture designated four Louisiana parishes (Morehouse, Richland, Union and West Carroll) and seven contiguous parishes (Caldwell, Claiborne, East Carroll, Franklin, Lincoln, Madison and Ouachita) as natural disaster areas on August 15 due the severe drought conditions. According to the department, 63% of the nation’s hay acreage and about 73% of cattle acreage are in drought areas, as are about 87% of U.S. corn and 85% of soybeans. If the Mississippi drying up trend persists, it could cause inland shipping to cease and many people depend on the river for their livelihoods.
Little more here to read for those who wants to know some more info about rising sea-level. It considers West Coast area. National Research Council released “Sea-Level Rise for the Coasts of California, Oregon, and Washington: Past, Present, and Future” report on June 22, 2012. It updated its last report on sea level rise from 1987. This report examines all aspects of relative sea level rise on the West Coast (including the movements of the land mass). It addresses all the components of water level excursions at the coast and how they are changing.
There is still early to implicate any connection with gas bubbling in the Bayou Corne  and massive sinkhole. There were few scientists that warned about area around Mississippi delta is in fact sinking. So, there are few interesting subjects to keep you occupied if you want to make your own research.
Louisiana Department of Natural Resources Decision Letter for Mississippi River Saltwater Sill Consistency Determination
Sources: US Army Corps of Engineers, USACE Team New Orleans, CNN, NOLA, Sacbee