Two small islands in South Asia’s first marine biosphere reserve have sunk into the sea primarily as a result of coral reef mining. The islets were in a group in the Gulf of Mannar, between India and Sri Lanka.

The Indo-Pacific region is considered to contain some of the world’s richest marine biological resources. The group’s 21 islands and islets are protected as part of the Gulf of Mannar Marine National Park, covering an area of nearly 560 sq km (216 sq miles).

Fishermen had indiscriminately and illegally mined invaluable coral reefs around the islets of Poomarichan and Villanguchalli for many decades. Rising sea level as a result of global warming was also a factor behind the islands’ submergence.

Though these islets were only 3-5m (10-15 ft) above sea level, their submergence sounded an alarm bell about the danger many more small islands faced in the long run, according to Mr Balaji, who is also director of the Gulf of Mannar Biosphere Reserve Trust (GOMBRT). 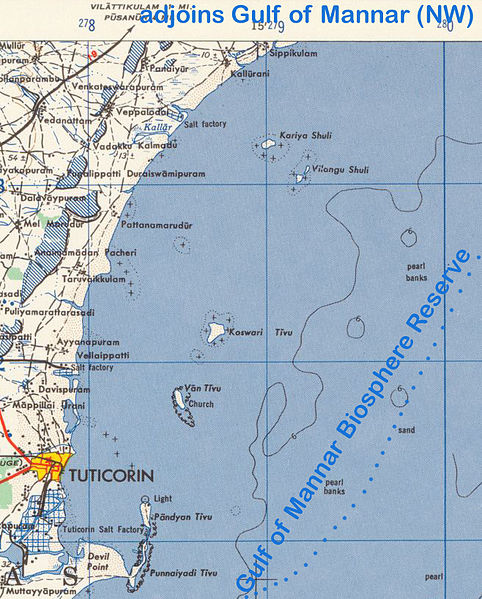 The Gulf of Mannar was chosen as a biosphere reserve by the Indian government in 1989 because of its biological and ecological uniqueness, and the distinctive socio-economic and cultural profile shaped by its geography. Most of the 21 islands are uninhabited, and the corals were mined for use as a binding material in the construction industry, as they were rich in calcium carbonate.

The biosphere reserve is a storehouse of about 3,600 species of marine flora and fauna. The loss of these two islands should be a “wake-up call” for all those in the entire Asia-Pacific region. Though the lost islets were small, a similar fate may happen to larger islands in the long run as a result of global warming coupled with large scale mining. Losing the reefs may result in migration of fish populations to other regions, which would result in loss of the gulf’s biodiversity.

With the threat of climate change in years to come, factors such as coral mining will have an accelerating effects on the submergence of many island. People in the area have gone on record many times as saying that the coral reefs in the Gulf of Mannar saved them from destruction when the devastating tsunami struck in December 2004. Experts also point out the need to keep the remaining 19 islands and islets “pristine” in order to offer them some protection them from processes such as climate change. 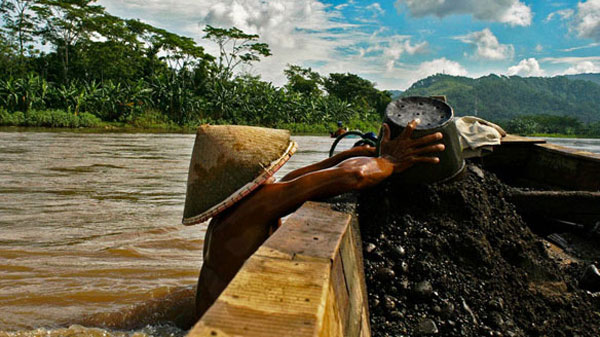 The Indian National Oceanographic Institute point out that very few of the islands and islets in the gulf are in good shape. Collection of coral by students for research over many decades, and heavy industrial pollution caused by onshore industries, have inflicted an irreversible damage to the coral reefs in this unique marine biosphere. (BBC)