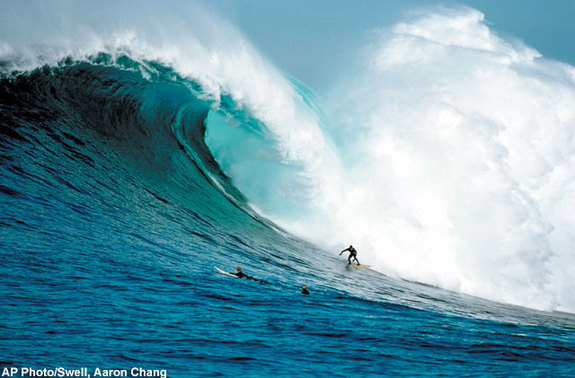 In the coming months, scientists in Geoscience Australia will activate the country’s highly advanced tsunami warning system which will allow scientists to make accurate predictions on both when tsunamis may happen and on where they may hit.

According to scientists, it is a world-first system, the first seismic array designed to enable authorities to make accurate predictions on tsunamis. The system being installed in the red dust of the Pilbara region in Western Australia will monitor earthquakes that occur around the Indian ocean and along the Indonesian archipelago.

The seismic array is a network of interconnected seismographs that measure and record the force and duration of earthquakes. They are arranged in a geometric pattern to increase sensitivity to events underground.

Readings from the tearing of the Earth will be beamed, in real time, back to the tsunami warning centre in Melbourne and Geoscience Australia in Canberra.

Australia is located on the northwest, northeast and east by some 8,000 km of active tectonic plate boundary capable of generating tsunami.

One-third of all earthquakes worldwide occur along these boundaries. The impact of a tsunami hitting vulnerable low-lying areas of the Australian coast could be significant.

Reasons why we all need a good Tsunami system

After the Indonesian earthquake in 2004, the earthquake on April 11th 2012, in the Indian Ocean, the people in Indonesia responded far differently and better than they had seven years earlier, after another major quake at 8.6: They evacuated to low coastal areas to escape possible tsunamis.

As it turned out, there were no killer tidal surges for various reasons, including the type of earth movement involved. Still, the response was a welcome improvement. The 2004 earthquake and tsunami that killed close to 230,000 people all around. Many of the  victims had no idea of the impending danger because of a bad tsunami system – Soon after the 2004 disaster, the international community began work on a regional tsunami-alert system for the Indian Ocean similar to the one already operating in the Pacific Ocean. Germany, Japan, the U.S. and others helped to upgrade the region’s shore-based tide-gauge stations, which can measure the sea-level changes caused by a tsunami, and planned to install sophisticated deep-ocean buoys off Indonesia to detect tsunamis when they’re still out to sea.

However the change this time round in April 2012 Indonesia, was good due to a good Indian Ocean tsunami warning system put in place since that catastrophe. The warning and monitoring systems put in place (after the 2004 Asian tsunami) appeared to work well after the 8.6-magnitude earthquake that struck in roughly the same area off Indonesia said officials, civic groups and citizens in the affected areas. And fortunately, no more than slightly higher than normal waves were seen in only a few coastal towns along the southwestern coast of Sumatra, with no reports of deaths or major damage.

However, the real test will only come with another major disaster.

How a tsunami-warning system works

The earthquake was also deeper in the ocean and roughly twice as far from the Indonesian island of Sumatra as the 2004 temblor that generated that year’s tsunami.

More importantly, it was of the strike-slip motion type often seen along the San Andreas Fault, said Bruce W. Presgrave, a geophysicist with the U.S. Geological  Survey in Denver. That means tectonic plates move horizontally, which tend to displace less water and therefore present less of a tsunami risk than quakes generating significant vertical movement.

“In general, for an earthquake of this size, it’s prudent to issue things like this warning, even if a tsunami didn’t occur,” he said. “Prudence saves lives.”

According to the U.S. Geological Survey, the powerful quake was centered 20 miles beneath the ocean floor around 308 miles from the provincial capital Aceh on the Indonesian island of Sumatra.

Another factor that has helped in warning more people relative to 2004 is the prevalence of cellphones.

“The mass media, mobile telephones and

So long as transmission towers and telecommunication infrastructure remain in place during a disaster, mobile phones can be more effective than tsunami sirens, which end up being posted every few miles and sometimes out of earshot, Wang said.

Television footage immediately after Wednesday’s earthquake showed terrified Indonesians pouring into the street, making cellphone calls and hugging each other in fear, some going back into buildings to find lost colleagues.