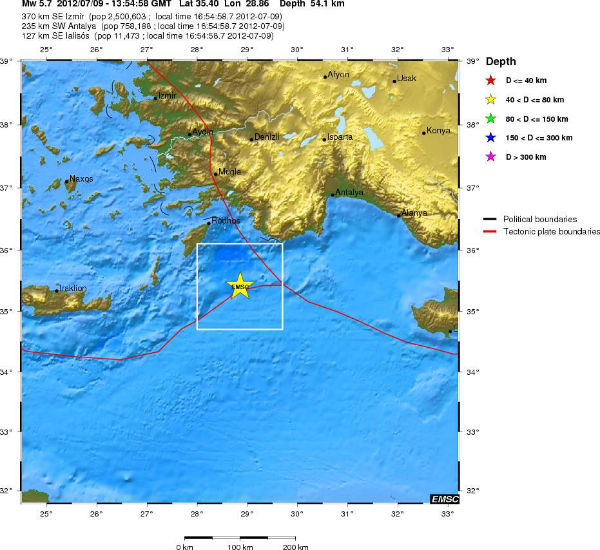 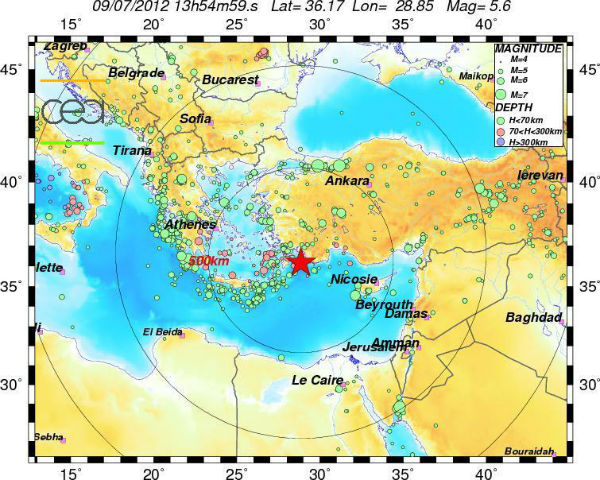 The earthquake was felt in a wide area along the countries of the Eastern Mediterranean sea. The intermediate depth will make that this earthquake will be felt as a light shaking in countries like Greece, Turkey, Cyprus, Lebanon, Egypt and others in region. 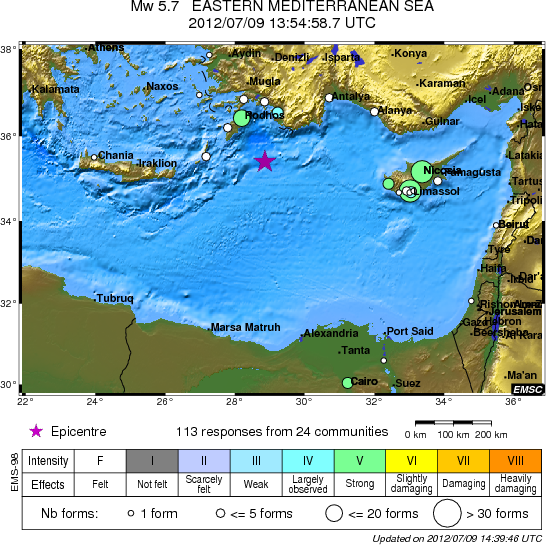 The closest populated areas to the epicenter are Rhodos (Greece) and Kalkan (Turkey). A lot of tourists will have felt this earthquake. Tourists are in general “totally unprepared” towards earthquakes. Most of the tourists are behaving completely opposite than they should do because of a total lack of preparedness (tourist organizations are afraid to inform tourists about the earthquake dangers). 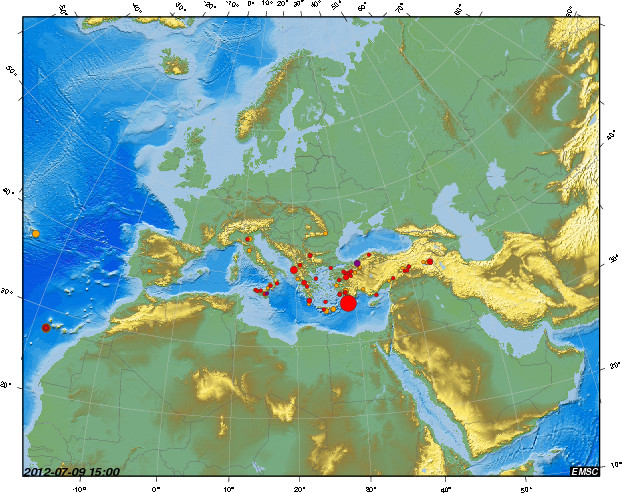 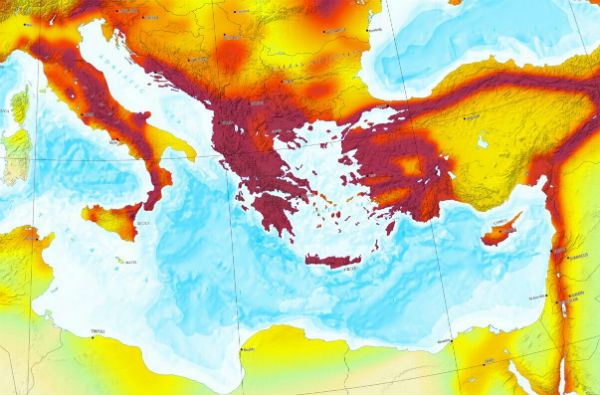 For now there are no reports of injuries or significant economic danger. And there is no danger of tsunami.