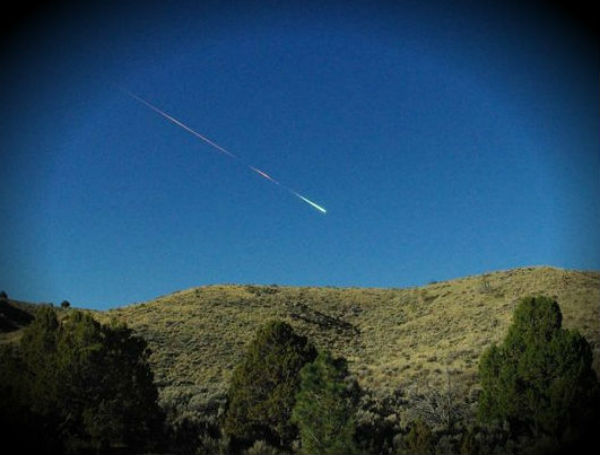 The large fireball illuminated the sky over the Sierra Nevada mountains and created sonic booms that were heard over a wide area on Sunday, April 22, 2012. Peter Jenniskens, an expert in meteors and meteorites, has been successful in locating fragments from the huge meteor visible in the daytime skies over California last weekend. Jenniskens went out searching and found a four-gram fragment of the meteor in a parking lot in Lotus, California. The fragment he found was a Carbonaceous Chondrites from the CM group of meteorites, “a rare type of primitive meteorite rich in organic compounds”. 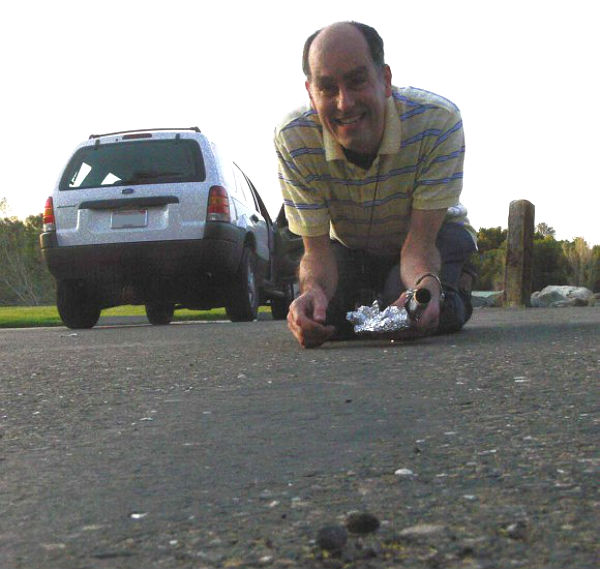 Several other fragments were found, the first one by noted meteorite hunter Robert Ward. Robert Ward was the first to recover a stone from the April 22, 2012, California fireball – which was evidently generated by a large, carbonaceous CM mass. Robert is now responsible for the initial recovery of two-out-of-three-ever California witnessed falls, including Red Canyon Lake.

Third stone was found by a gent from Sacramento.  He went up there and walked around on the roads, and found it on a gravel road. 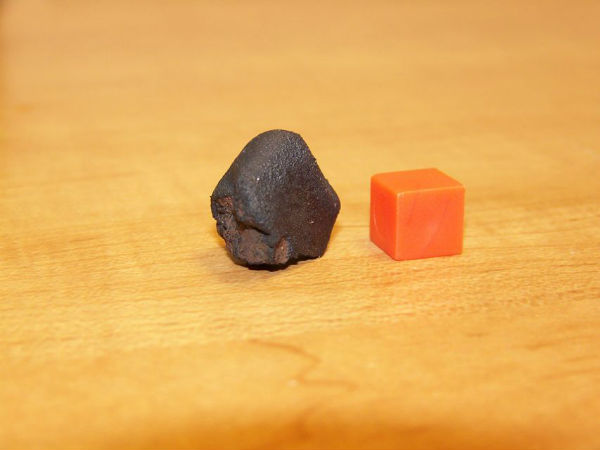 Several scientists from the Bay Area met at NASA Ames Research Center on April 24 to discuss a strategy for a search campaign. An examination  of the radar data map by Marc Fries revealed that dozens of fragments from 100g to 1 kg range  may have reached the surface in an area NW of Placerville, in the Gold country.

A daytime fireball over the skies of central/northern California on Sunday morning, April 22, 2012 caused a loud explosion and the event was also detected on several seismographs stations in the area. According to Bill Cooke, head of NASA’s Meteoroid Environments Office, the source of the blast was a meteoroid about the size of a minivan, weighing in at around 70 metric tons (154,300 pounds) and at the time of disintegration released energy equivalent to a 5-kiloton explosion. 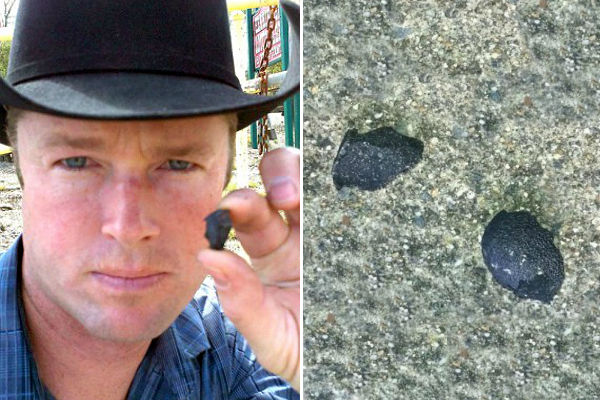 Unfortunately, since the huge fireball occurred during the day, all of NASA’s meteor-seeking cameras were turned off, so images of the event are sparse. You can see some at news station KTVN’s website. The American Meteor Society compiled a list of 121 visual observations on their website, an impressive number for a full sunlight meteor. Several observers in Nevada also mentioned having heard a sonic boom, implying that the meteoroid was large enough to penetrate the lower part of Earth’s atmosphere. 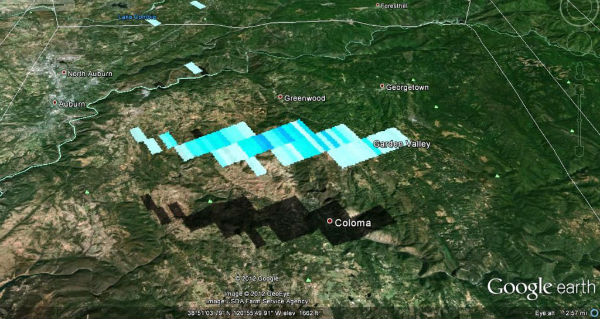 Another large fireball seen over Brazil

Another large fireball also occurred on April 20/21st in Brazil. A fireball was seen over south Bahia, Minas Gerais, Espirito Santo and Rio de Janeiro. The object broke into three or four fragments during atmospheric entry. In this process, some observers have reported the occurrence of “flares”. Read more about this event and watch a video here.

Some experts suggested that it was re-entry of Centaur rocket. However, after hearing from several experts, this fireball was likely NOT a re-entering rocket body. Bob Christy from Zarya.info confirmed that the two videos were reportedly made around 20:00 – 21:00 UTC, and according to SpaceTrack, the Centaur re-entered about 19 hours earlier at 01:23 UTC. Additionally, the re-entry ground track did cross Brazil at a correlating time. Dr. Marco Langbroek from SatTrackCam concurred there is no chance this was a Centaur rocket.

According to NASA Solar System Ambassador‘s Eddie Irizarry, reporting for the Sociedad de Astronomía del Caribe, the Puerto Rican Astronomy Society said that the object was seen from southeast Brazil by hundreds of people on April 20, 2012 and on the same date, Intelsat 5A12′s rocket body was about to reenter Earth’s atmosphere, passing exactly over the ground track from which some people were able to capture images.