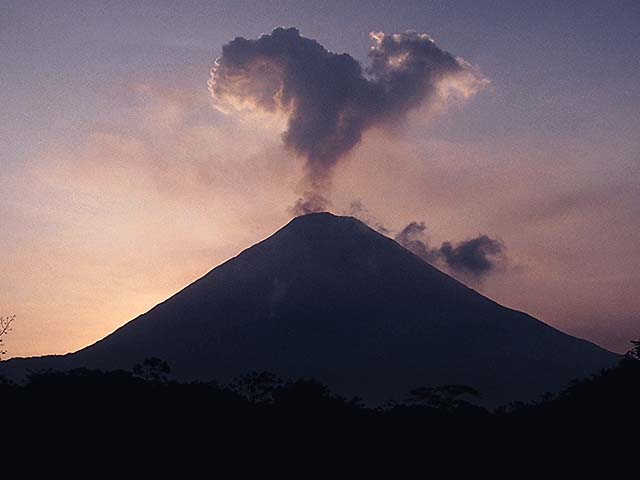 Authorities said the Turrialba volcano had a new wave of eruptions on Thursday, April 12, 2012. Scientists are converging on the mountain for a closer look at the smoke spewing from its center.

The Red Sismológica Nacional (RSN) and the Observatorio Vulcanologio y Sismologico de Costa Rica (OVSICORI), said Turrialbla's activity does not present any significant risk, but they will continue to closely monitor the volcano.

Area residents reported of hearing a rumble as well as the sighting of dark colored smoke, generated by gas fumes from the volcano. 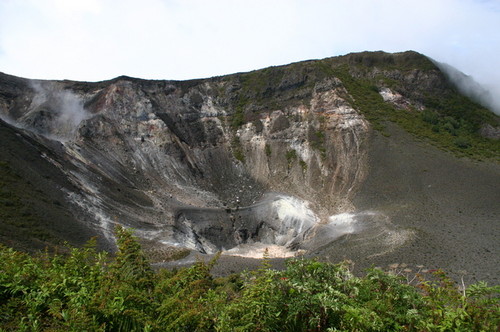 Turrialba became a concern last January among local residents and experts after the emanation of white gas fumes. A number of experts from the RSN are headed to the top of the volcano while the OVSICORI has kept the national park under a green alert.

The volcano (10°2′0″N 83°46′0″W) is 3,340 m (10,958 ft) high and is about 45 minutes from the Atlantic slope town of Turrialba. The summit has three craters, one of which has fumaroles and sulfur pits. Visitors used to be able to hike down into the main crater, but increased gaseous activity has caused the time at the summit to be limited to no more than fifteen minutes.

The last major eruption was in 1866, but in January 2001, the volcano experienced increased activity, displaying strong fumaroles at the central craters. The volcanic activities have increased since 2005. In January 2010, the volcano emitted ash, and two villages, La Central and El Retiro, were evacuated. 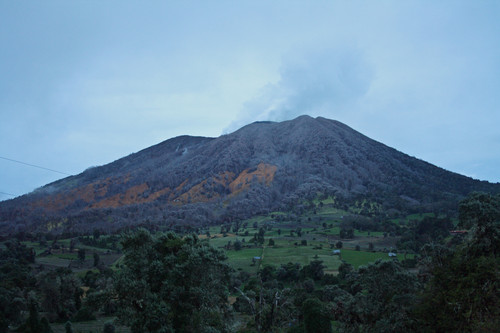 Turrialba is adjacent to Irazú and both are among Costa Rica's largest volcanoes. It had at least five large explosive eruptions in last 3500 years.