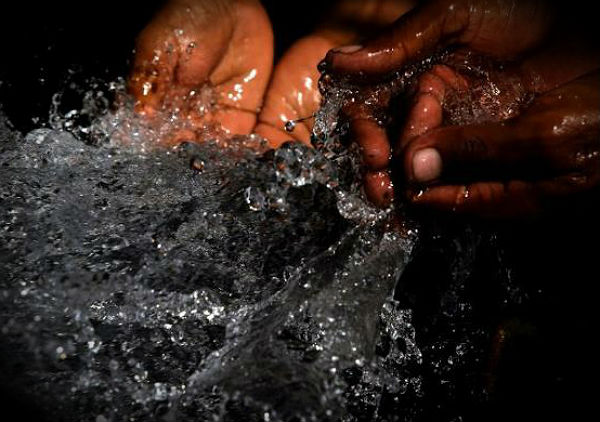 Food security exists when all people at all times have both physical and economic access to sufficient, safe and nutritious food that meets their dietary needs for an active and healthy life. People who have better access to water tend to have lower levels of undernourishment. The lack of water can be a major cause of famine and undernourishment, in particular in areas where people depend on local agriculture for food and income. Erratic rainfall and seasonal differences in water availability can cause temporary food shortages. Floods and droughts can cause some of the most intensive food emergencies.

Water scarcity already affects every continent and more than 40 percent of the people on our planet. By 2025, 1.8 billion people will be living in countries or regions with absolute water scarcity, and two-thirds of the world’s population could be living under water stressed conditions. The lack of water limits farmers’ ability to produce enough food to eat or earn a living. South Asia, East Asia and the Middle East for example are already close to their resources limits, and their population is still growing. (FAO Water on Water Scarcity >>) 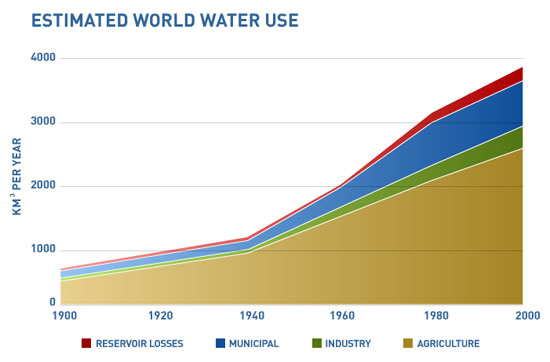 Climate change is expected to impact both rainfed and irrigated agriculture, including feed and fodder for livestock, as well as forests and aquaculture. Severe reductions in river runoff and aquifer recharge are expected in the Mediterranean Basin and in the semi-arid areas of the Americas, Australia and Southern Africa, affecting water availability and quality in already stressed regions. High latitude areas will see an increase in their potential, whereas regions near the equator will experience more frequent and severe droughts, excessive rainfall, and floods which can destroy crops and put food production at risk. Populations who live in fragile environments and depend on agriculture for their livelihoods face an immediate and increasing risk of crop failure or loss of livestock. (FAO Water: Climate Change and Water >>) 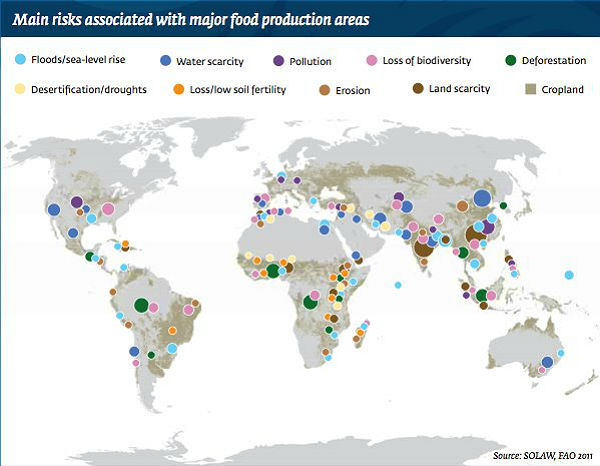 With population increase and economic growth, water demands for cities and for the industry are growing much faster than those of agriculture. In some regions, increasing competition for water is constraining both current availability of water for irrigation and further expansion of the irrigated area. In agriculture alone, staples, livestock, inland fisheries and aquaculture, and non-food crops – including liquid biofuels – already compete for water resources. The steady increase of inland aquaculture also contributes to the competition for water resources. Increased competition for water often translates into loss of access to water for the poor and other vulnerable groups. For millions of smallholder farmers, fishers and herders, water is one of the most important factors of production: without water, they cannot make a living. (FAO Water: Crop Water Information >>)

World Water Day reminds us that much of the world still faces a global water, sanitation and hygiene crisis, and that it is our urgent obligation to act. A coalition of diverse US-based groups is calling for increased commitments by the US government and private citizens to reduce poverty, disease and hunger by helping to improve sustainable access to safe drinking water and improved sanitation for many millions around the world. Today much of the world faces a global safe drinking water, sanitation and hygiene crisis. In contrast to easy access to taps and toilets across the United States, one out of every eight people worldwide lacks safe drinking water and two out of every five people lack adequate sanitation.

Water is Life. Today millions scavenge for water and billions don’t have a toilet.


There are 7 billion people to feed on the planet today and another 2 billion are expected to join by 2050. Statistics say that each of us drinks from 2 to 4 litres of water every day, however most of the water we drink is embedded in the food we eat: producing 1 kilo of beef for example consumes 15,000 litres of water while 1 kilo of wheat ’drinks up’ 1,500 litres. When a billion people in the world already live in chronic hunger and water resources are under pressure we cannot pretend the problem is ‘elsewhere’. Coping with population growth and ensuring access to nutritious food to everyone call for a series of actions we can all help with: 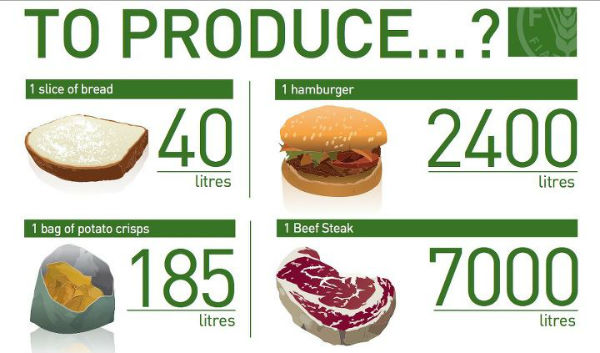 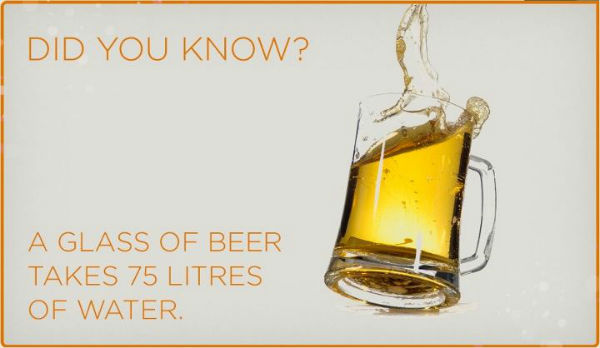 Learn more about the water crisis 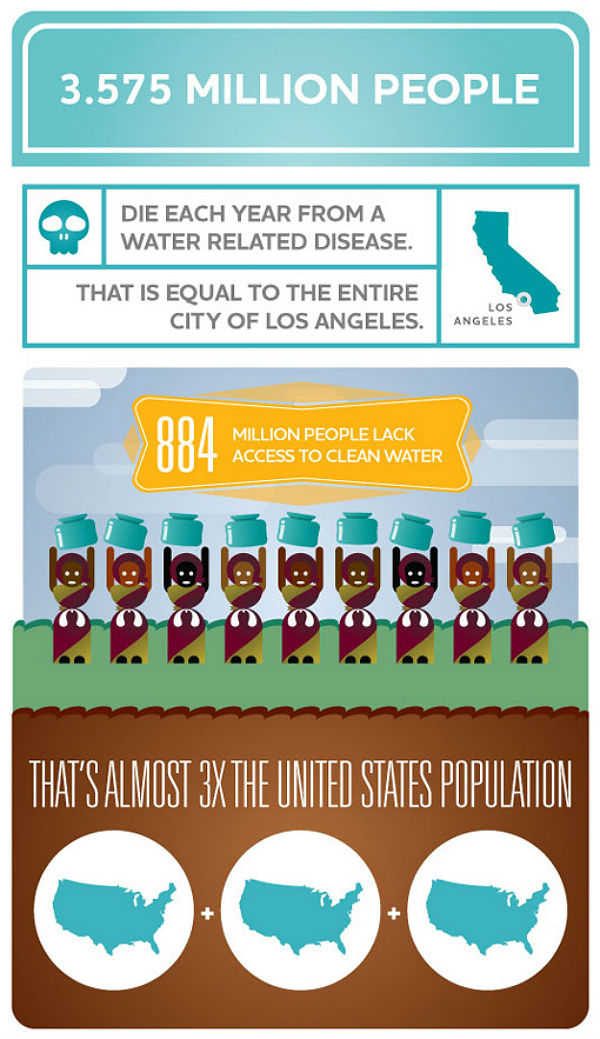 The water and sanitation crisis claims more lives through disease than any war claims through guns.

An American taking a five-minute shower uses more water than a typical person in a developing country slum uses in a whole day. 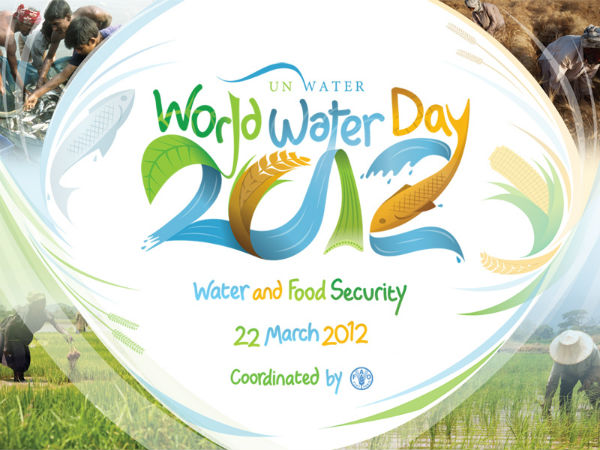