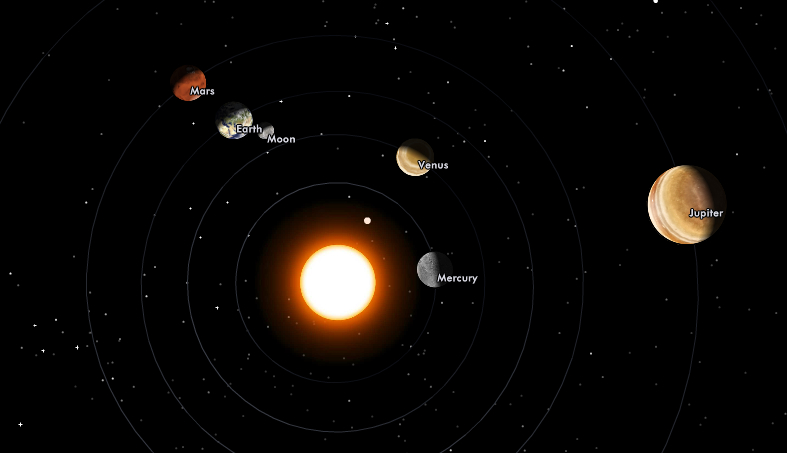 Jupiter,Venus and Moon will be seen in close proximity to each other on the nights of Saturday and Sunday (Feb. 25 and 26), forming an astronomical event and skywatching treat known as a triple conjunction.

The Moon will pass Venus and  Jupiter on Saturday and Sunday this week (Feb. 25 and 26, 2012). The Moon appears close to Venus on Saturday night, and then near Jupiter on Sunday night. The view on either night will be what astronomers call a triple conjunction.

A special night to look is Saturday, Feb. 25, when the crescent Moon moves in to form a slender heavenly triangle with Venus, Jupiter and the Moon as vertices (sky map).  One night later, on Sunday, Feb. 26, it happens again (sky map). This arrangement will be visible all around the world, from city and countryside alike.

The Moon, Venus and Jupiter are the brightest objects in the night sky; together they can shine through urban lights, fog, and even some clouds. 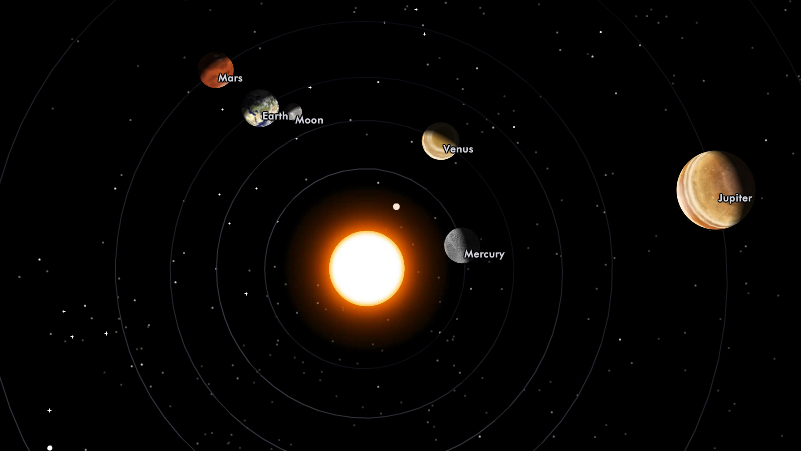 After hopping from Venus to Jupiter in late February, the Moon exits stage left, but the show is far from over.

In March, Venus and Jupiter continue their relentless convergence until, on March 12 and 13, the duo lie only three degrees apart—a spectacular double beacon in the sunset sky.  Now you’ll be able to hide them together behind a pair of outstretched fingertips.

Watch it live on Slooh

Slooh will provide footage from multiple observatories around the world, including Arizona and the Canary Islands off the coast of Africa. The broadcast can be accessed at Slooh’s homepage, found here. 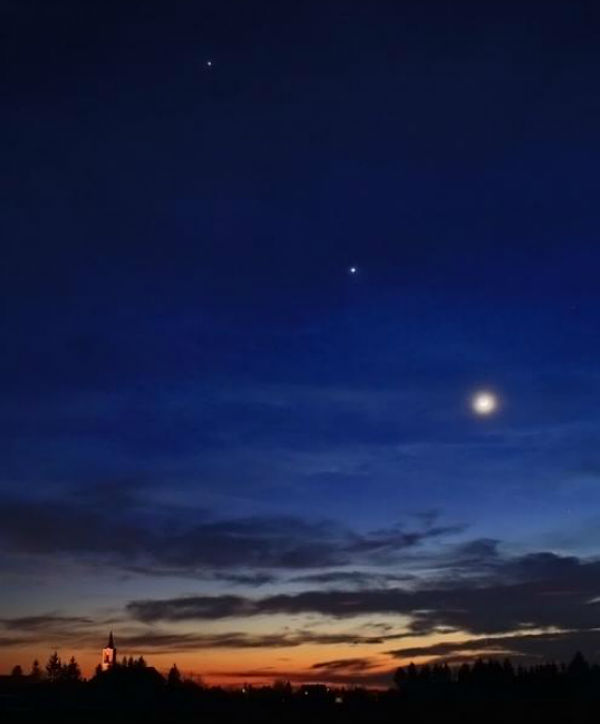 The planet Venus is so bright that when conditions are right, it can be visible in full daylight. This weekend, and especially on Saturday, February 25, 2012, conditions should be just right for seeing Venus in the daytime. Our friend Gadi Eidelheit sent us his tips for seeing Venus, and says it is easier to see Venus when it is far from the Sun and less affected by its glare, so make sure that the Sun is blocked by a building or a tree. If you have a clear blue sky in your location early Saturday afternoon, try first locating the crescent Moon at about 1 pm local time. At this time, the Moon will be in the southeastern sky, about 60 degrees above the horizon.

You can also use sky maps or internet sites (such as Heavens-Above) to find out where Venus is relative to the Moon. And you can visit Sky&Telescope website with this week’s sky glance charts and graphics.