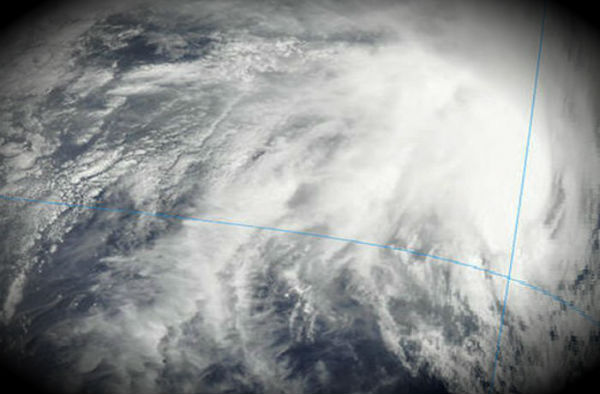 The storm is expected to meander within a couple hundred miles of the coast through at least Tuesday. The possibility remains for a landfall, however it appears more likely that the storm center remains offshore. Saturday evening (local time, Saturday morning EST), Iggy was churning more than 200 miles off the coast of Australia’s northwestern tip with its strength equal to that of a strong tropical storm in the Atlantic or Eastern Pacific basins. Around Monday, Iggy is expected come within 150 miles of Learmonth before slowly taking a turn more toward the south. Iggy is then expected to continue southward, parallel to the Australian coastline on Tuesday. 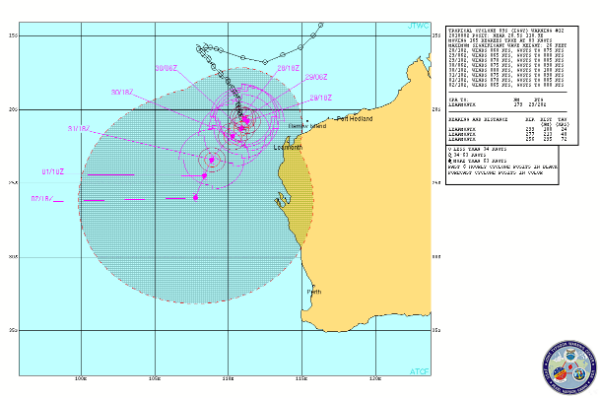 An area of developing low pressure, which eventually developed into Tropical Cyclone Iggy, triggered tornadoes across the islands of Java and Bali in Indonesia. The tornadoes damaged nearly 1,000 houses, with almost 500 homes damaged in the Seribu Islands alone. Seven people were killed by these tornadoes, with nearly 51 people injured. Three people were killed by falling trees in Purbalingga, two in Bali, one in South Jakarta, and one in Wonosobo. Tornadoes from tropical cyclones are not uncommon.

According to Joint Typhoon Warning Center (JTWC) Tropical cyclone Iggy is located 200 nm northwest of Learmonth and is moving southeast at speed of 3 knots. 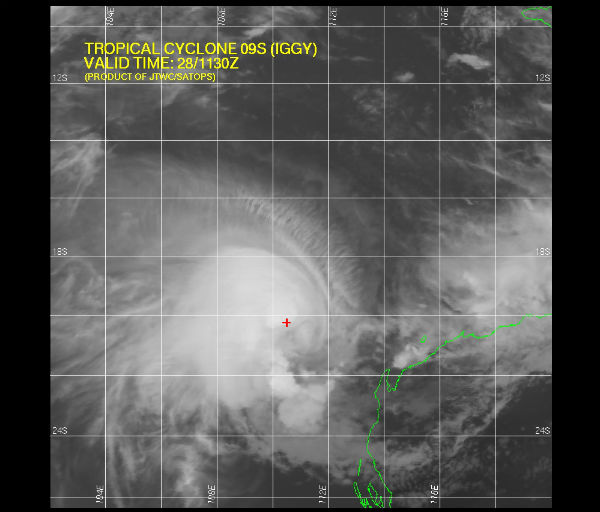 The area of low pressure that was developing across the eastern Indian ocean formed into Tropical Cyclone Iggy, which now has sustained winds of 55 miles per hour. The forecast for Cyclone Iggy is for it to move to the southeast near Exmouth in Western Australia. The projected path is unclear if Iggy will make landfall, but it will be very close. Most of the models show Iggy scraping the Australian coasts, which is enough to bring heavy rains, storm surge, and strong winds across the area. Once it nears Exmouth, it will move to the southwest and move around Western Australia. During this time, the storm is likely to become stronger and could strengthen into a Category 2 hurricane with wind speeds over 95 mph.

Tropical systems, such as Iggy, can and have the history of producing tornadoes. The strongest part of a tropical cyclone is on the southeast quadrant of the storm (for cyclones spinning in the southern Hemisphere). In the southeast quadrant, the strongest winds, thunderstorms, and tornadoes can be formed. Water temperatures ahead of Iggy are very warm, so conditions are very favorable for further development. The stronger the storm becomes, the threats for damage moves upward. Areas across Western Australia will have to monitor the situation closely. The biggest initial concern is the heavy rains that could cause flooding problems and leave roads closed and stranding visitors of the region. (EarthSky) 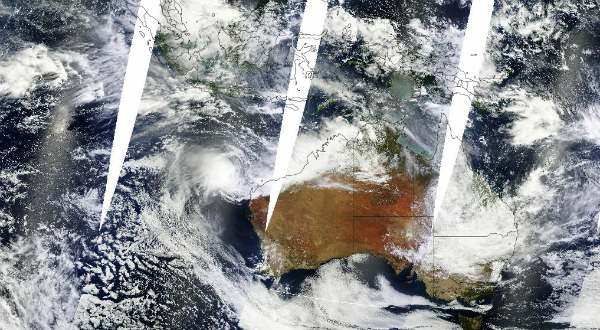