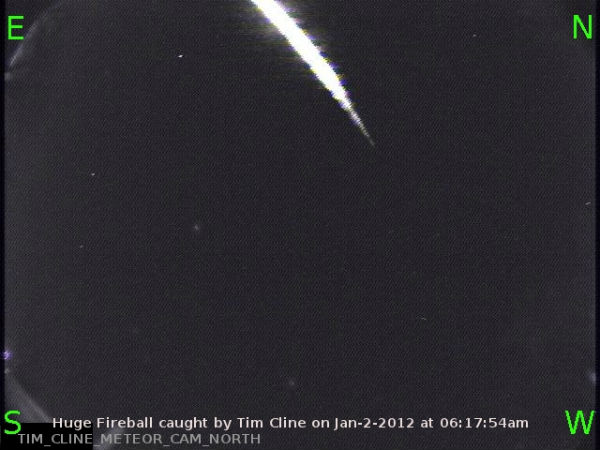 Earth is about to pass through a stream of debris from 2003 EH1, a comet fragment that produces the annual Quadrantid meteor shower. Forecasters expect the shower to peak around 07:20 UT (02:20 am EST) on Wednesday morning, January 4th. At maximum, as many as 100 meteors/hour could emerge from a radiant near Polaris, the north star. 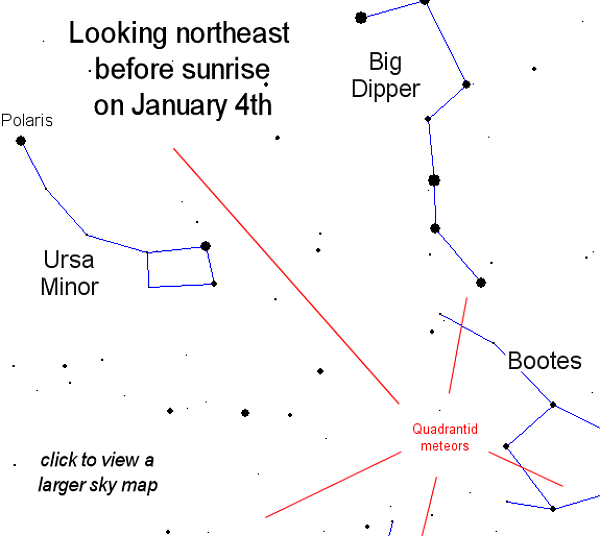 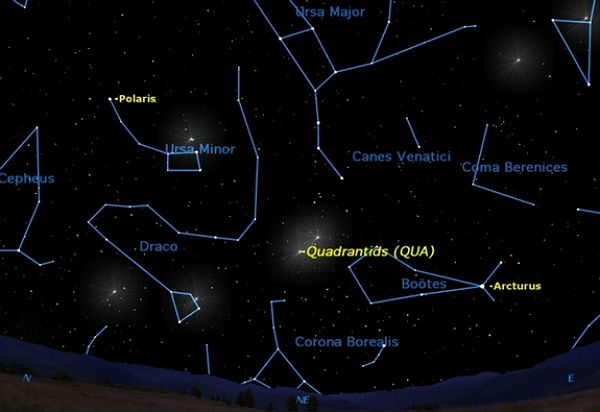 The Quadrantids have a maximum rate of about 100 per hour, varying between 60-200. The waxing gibbous moon will set around 3 a.m. local time, leaving about two hours of excellent meteor observing before dawn. The Quadrantids only last a few hours. Earth intersects the orbit of 2003 EH1 at a perpendicular angle, which means we quickly move through any debris. That’s why the shower is so brief. After the Quads come and go, there won’t be another good meteor shower until the Lyrids arrive in late April. Check out our list and description of all the major meteor showers of 2012. 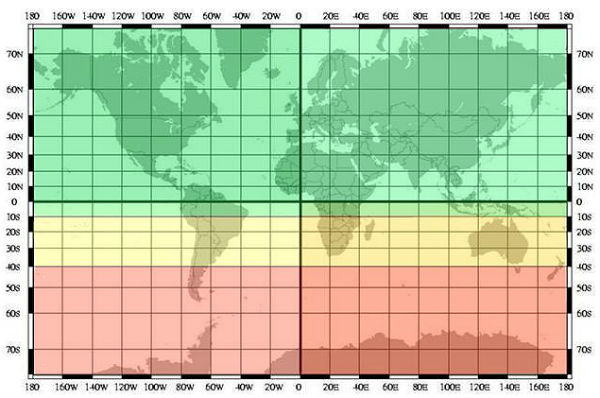 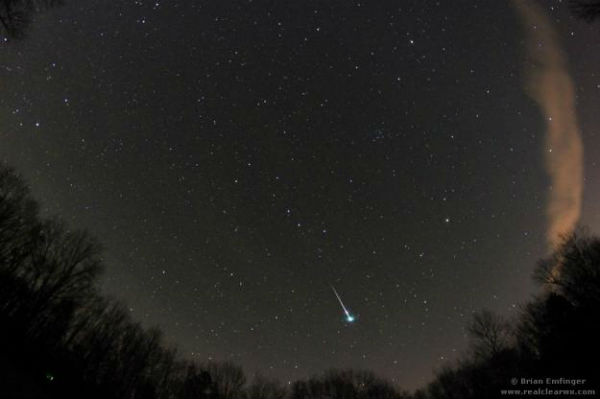 NASA’s Meteoroid Environment Office is broadcasting live video from a sensitive wide-field meteor camera at the Marshall Space Flight Center in Huntsville, Alabama, US.  The shower is expected to peak around 07:20 UT (02:20 am EST) on Wednesday morning, Jan. 4th.

In addition to the all sky camera mounted at NASA’s Marshall Space Flight Center in Huntsville, Ala., you can also try some of the links below for excellent sky views. Individual cameras have various refresh rates.

You can stay inside and listen to the Quadrantids. Tune into SpaceWeather Radio for a live audio stream from the Air Force Space Surveillance Radar. When a Quadrantid passes over the facility, you will hear a “ping” caused by the radar’s powerful transmitter echoing from the meteor’s ion trail.