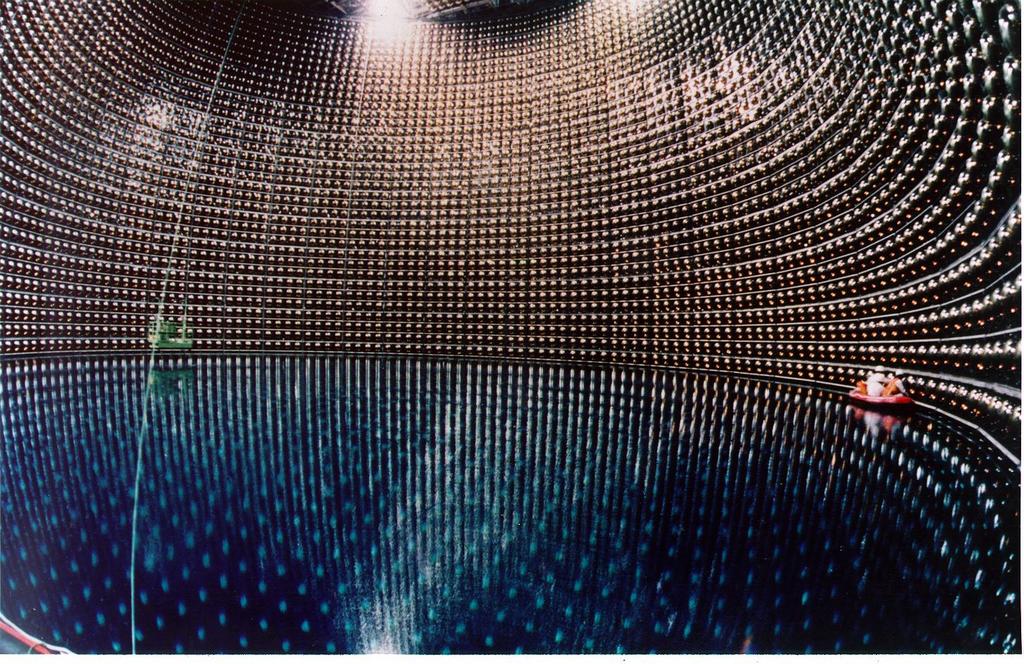 OPERA collaboration shocked the world in September with the announcement that the ghostly subatomic particles called neutrinos had arrived at the Gran Sasso mine in Italy about 60 nanoseconds faster than light speed from the CERN particle accelerator near Geneva, Switzerland, 730 kilometres away. It was one of the most staggering results in physics.

Although the detectors in Italy can pinpoint the neutrinos’ time of arrival to within nanoseconds, it’s less clear when they left the accelerator at CERN. The neutrinos are produced by slamming protons into a bar-shaped target, sparking a cascade of subatomic particles. If the neutrinos were produced at one end of the bar rather than the other, it could obscure their time of flight. 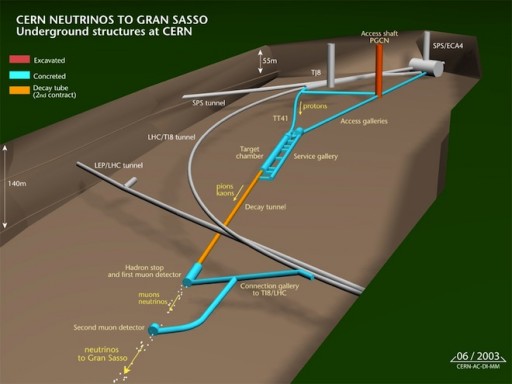 Some theories posit that there are extra, hidden dimensions beyond the familiar four (three of space, one of time). It’s possible that the speedy neutrinos tunnel through these extra dimensions, reducing the distance they have to travel to get to the target. This would explain the measurement without requiring the speed of light to be broken.

After two additional weeks of observation scientist are now confident that neutrinos can go faster than light. Einstein’s theory of special relativity posits that nothing can travel faster than light, and many physicists believe the result could disappear in a puff of particles. So the theorists have been struggling to reconcile the September result with the laws of physics.

In period from October 21 to November 6 2011 the team ran a second set of measurements with 20 new neutrino hit experiments. The team also rechecked their statistical analysis, confirming that the error on their measurements was indeed 10 nanoseconds. Some team members had worried that the true error was larger but last results show the measurements “absolutely compatible” with the original announcement.

The lenght of fibre-optic cable that carries information from the underground lab at Gran Sasso to a data-collection centre on the surface is put on test also. The team is also trying to do the same test using another detector at the lab called RPC. That test will take another several months. (NewScientist) 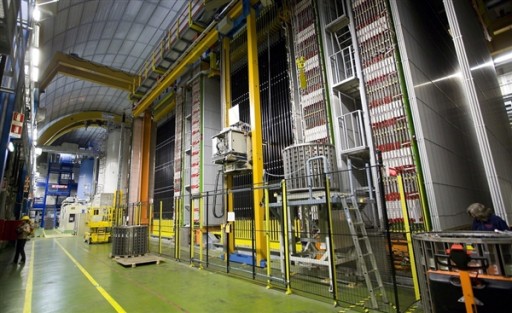 Tommaso Dorigo, a physicist at CERN, noted on his blog that there are still other possible sources of error. For instance, the OPERA collaboration’s clock might not have a fine enough resolution to determine exactly when the neutrinos arrived. The measurement therefore would be only a ‘partial’ confirmation of the earlier result he stated.

Ultimately, the only thing that would convince many in the field is if another team upholds the findings in an independent experiment. Plunkett, co-spokesperson for the Main Injector Neutrino Oscillation Search (MINOS) experiment at Fermilab, says that his collaboration expects to have results checking the OPERA findings in the spring of 2012. (Wired)

This results can be confirmed by other experiments such as the MINOS experiment at Fermilab or the T2K experiment in Japan in orded to get scientists concensus. There are a number of experiments that are online or coming online that could be upgraded to do this measurement. In 2007, the MINOS experiment searched for faster-than-light neutrinos but didn’t see anything statistically significant. Learn more about Neutrinos.